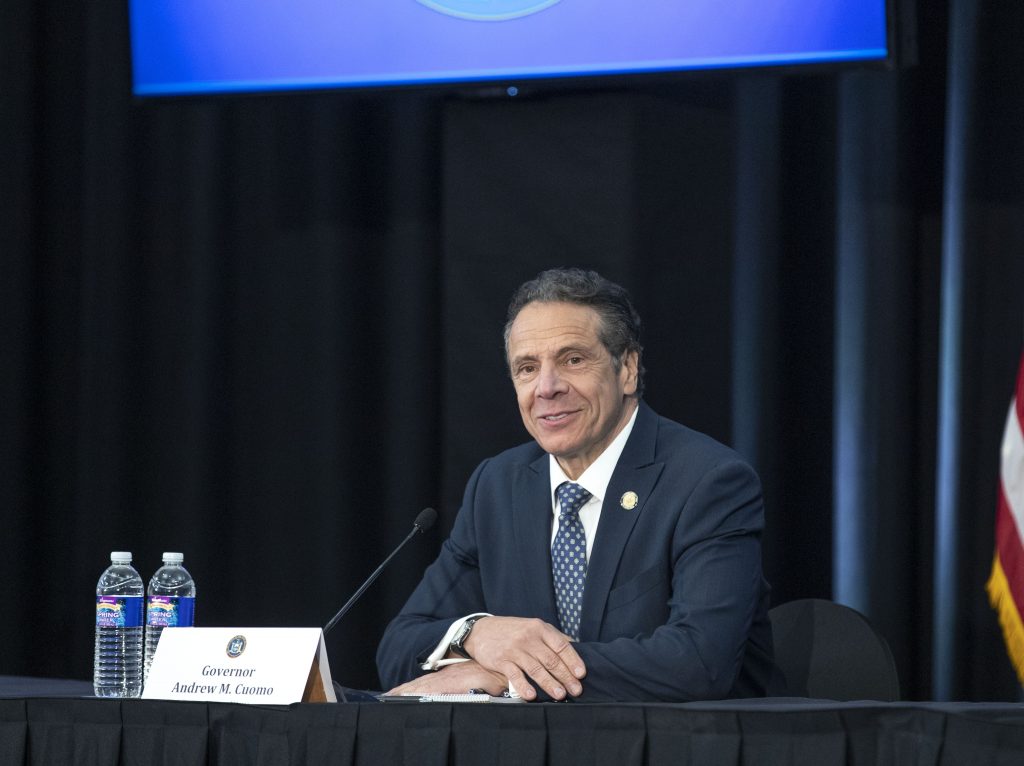 Gov. Andrew Cuomo on Monday laid out criteria for reopening New York’s economy region by region, as the state surpassed 1 million coronavirus tests, the number of people dying per day B’H continued to fall and New York City’s mayor laid out a plan to get millions of masks to people walking around outside. 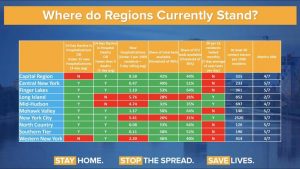 Cuomo said some parts of the state could start to reopen as early as May 15 if local governments provide plans for coronavirus testing and tracing the contacts of those who’ve been infected, and if data provided by hospitals and health officials shows the regions are not at high risk of a new surge of cases.

The five regions of the state that are getting closer to becoming eligible to open under the criteria are central New York, the Finger Lakes, the Mohawk Valley, the North Country and the Southern Tier.

Those regions, which have had far fewer COVID-19 cases than New York City and its suburbs, meet some of the criteria for reopening that Cuomo laid out Monday, including an ample supply of empty hospital beds that would be available in case there is an unanticipated surge in new infections.

But no region of New York appears to meet Cuomo’s reopening requirement of 30 contact tracers per 100,000 residents. It’s unclear when New York will fully roll out Cuomo’s plan to hire an “army” of workers who can track people infected with COVID-19 and their contacts through a partnership with Bloomberg Philanthropies‎.

New York City’s billionaire former mayor, Michael Bloomberg, is putting up $10.5 million through his charitable foundation to help the state’s tracing effort. The foundation will help hire and train thousands of investigators to develop apps to aid their work.

More than 1 million coronavirus tests have been conducted in New York, according to data released Monday, the most of any state in the country. Nearly 1 in 7 tests in the U.S. have been performed in New York.

New York reached the milestone in little more than two months. The first test was administered on March 2, according to state data. So far, 318,953 tests have come back positive — about 31.7% of the 1,007,310 total tests administered.

Meanwhile, the number of people dying from the coronavirus in the state dipped again, to 226 fatalities Sunday, Cuomo said. That’s the fewest number of deaths in a day since March 28, when 237 people died.

In all, 19,415 people in the state have died from the disease, though the total doesn’t include more than 5,300 deaths in the city that were attributed to the virus on death certificates but weren’t confirmed by a lab test.

Other indicators are also continuing to fall, including the number of people being treated in hospitals for coronavirus — now below 9,700 after a peak on April 12 of 18,825 — and people newly admitted for disease treatment.

After weeks of what he said felt like a “game of whack-a-mole,” trying to find enough personal protective equipment and getting it to the right places, New York City Mayor Bill de Blasio on Monday announced plans to create a 90-day city stockpile of masks, gowns, face shields and other safety gear.

The city has sent 10 million pieces of protective gear to nursing homes, which have seen scores of coronavirus deaths, with reinforcements this week including nearly 2 million surgical masks.

At the same time, de Blasio said over the next few weeks the city will be giving out 7.5 million masks for people to wear outside, a sharp increase from the 275,000 face coverings distributed at city parks and other public spaces over the weekend.

De Blasio said the masks will be handed out at public housing developments, at schools providing takeaway meals and the Staten Island Ferry, as well as by police officers and parks department employees enforcing social distancing.

The mayor said officers would remain in that role after a violent arrest caught on video over the weekend that stemmed from social distancing enforcement.

“I am very impressed by what New Yorkers are doing in terms of staying at home to the maximum extent possible, practicing social distancing, wearing face coverings — people deserve high marks overall,” de Blasio said. “There are some people not getting it and those people need to get it because they’re putting everyone else in danger.”