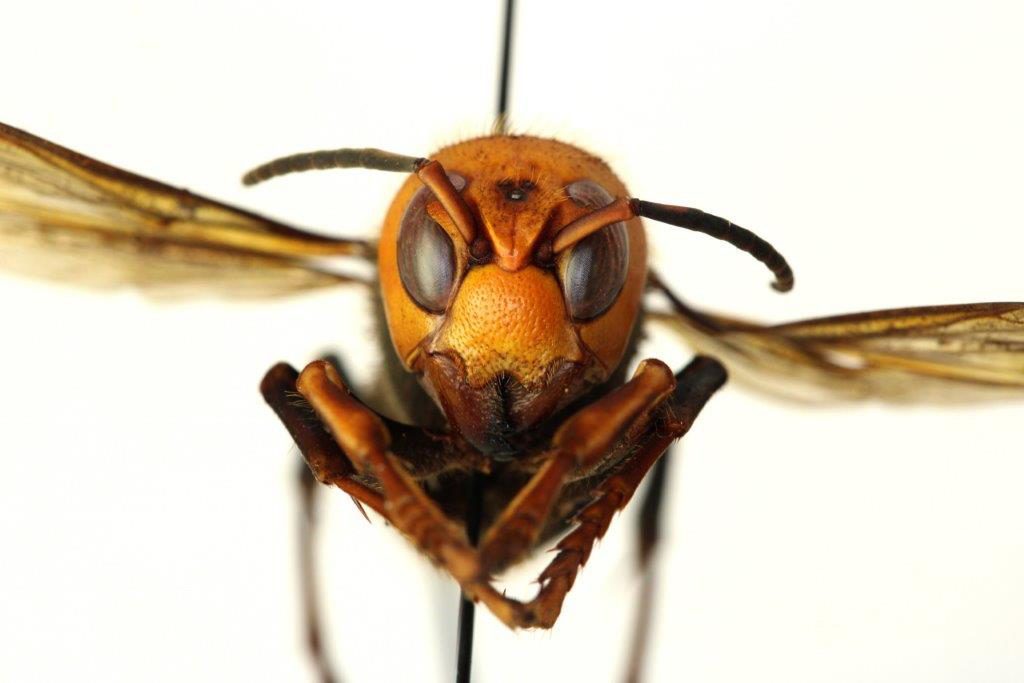 As if 2020 weren’t terrifying enough, now we have to worry about “murder hornets.”

The world’s largest hornet – the size of a matchbox – is known for invading honeybee hives, decapitating all the bees in a matter of hours and carrying the mangled thoraxes back to feed their young.

And now they’re in the United States.

The Washington State Department of Agriculture is trying to track down the fearsome insects, also nicknamed “yak-killer hornets” or “giant sparrow bees,” after officials received and verified four reports of them in December in the northwestern part of the state. They were also spotted in two sites in the Canadian province of British Columbia in the fall.

In a New York Times story that made the term “murder hornets” trend on Twitter on Saturday, Conrad Bérubé, a beekeeper and entomologist in Nanaimo, Canada, described being stung by an Asian giant hornet as “like having red-hot thumbtacks being driven into my flesh.”

The hornets primarily attack insects but will direct their aggression toward people if they’re threatened. Their quarter-inch stingers, which can penetrate beekeeping suits, deploy a venom potent enough to dissolve human flesh.

Absorbing multiple stings can be deadly. The nervous system can shut down, and an allergic reaction may occur and cause anaphylactic shock. The insects kill 30 to 40 people each year in Japan, where they’re most common.

But the giant hornets are primarily a danger to bees. Scientists are now hunting for the insects, whose queens can grow to two inches long, in hopes of rounding them up before they become rooted in the United States and destroy bee populations that are crucial to crop pollination.

“This is our window to keep it from establishing,” Chris Looney, an entomologist at the Washington State Department of Agriculture, told The Times. “If we can’t do it in the next couple of years, it probably can’t be done.”

Some insects native to the northwestern United States have been confused for the invasive hornets, but real Asian giant hornets have distinctive qualities: large orange and yellow heads with teardrop eyes, black and yellow striped abdomens and papery wings that span up to three inches.

A colony of Asian giant hornets can kill nearly 30,000 bees in a few hours. The attack begins when a scout finds a new hive and marks it with a pheromone secreted from glands in its back legs, signaling to other hornets that they should gather.

As the bees try to defend their colonies, worker hornets use powerful mandibles – appendages near their mouths – to chop up the bees and chew them into gooey “meatballs” before carrying the protein-heavy remains back to their young.

Asian giant hornets mostly fly under the radar in the winter, when queen hornets hibernate in soil or other covered places. Queens emerge when the temperature warms between mid-March and May and eat sap for energy to start a new colony. The hornets launch most of their attacks on bees in the late summer and early fall.

Scientists don’t know how Asian giant hornets found their way to the United States, but Looney said in a video presentation that they may have been hibernating in a ship’s ballast or in a product that was transported from Asia to North America.

In a less likely scenario, Looney said, someone might have transported the hornets here to cultivate them as a food source. Some people in Asian countries eat the meaty hornets, and their juice is sometimes used as a supplement.

Washington state employees plan to try to trap hornets and destroy their nests this spring and summer before the population gets out of hand.