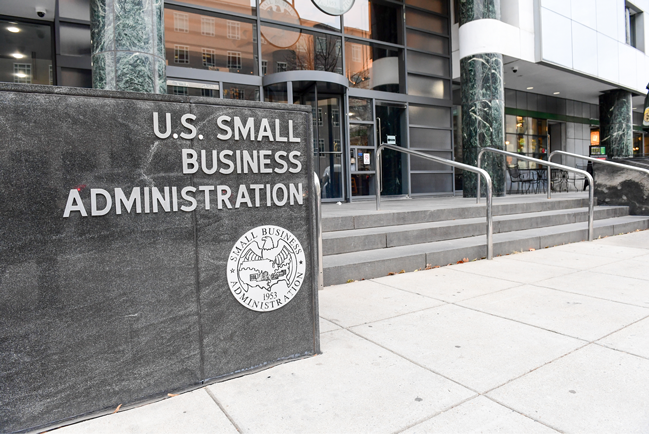 Fresh figures from a government coronavirus relief program for small businesses that’s been criticized for giving loans to large companies and favoring certain states show that disparities in approvals among states have been largely eliminated, and suggest more smaller firms are getting loans.

The U.S. Small Business Administration released updated data on Sunday for the second round of funding for its Paycheck Protection Program, which offers loans of as much as $10 million that can become grants. While firms in Nebraska and other rural states got an outsize share of the initial tranche compared with New York and other areas hit harder by the outbreak, an analysis shows subsequent lending has erased most of the disparity.

The average loan size in the second round through May 1 dropped to $79,000 from $206,000 in the first round, the data show. That suggests more mom-and-pop shops with smaller payrolls are getting loans approved than in the initial round. Just over half of the $320 billion authorized for the program’s second round have been processed so far.

“The program is broadly based and assisting the smallest of small businesses,” Treasury Secretary Steven Mnuchin and SBA Administrator Jovita Carranza said in a joint statement Sunday.

Still, questions remain about how big banks are faring versus small lenders, as well as other concerns including borrowers and lenders wanting more guidance about how loans will be forgiven, after the SBA missed an April 26 deadline to provide it.

There are also concerns that the second round of funding won’t be enough, and Congress may need to provide more, White House economic adviser Larry Kudlow said on CNN on Sunday.

“I don’t want to rule it out,” Kudlow said. “We waited a little bit too long, I thought, when the last tranche ran out. Let’s not make the same mistake again. We will be looking at that.”

The program launched April 3 and was billed as a way to help small businesses devastated by the outbreak keep workers employed and be ready to reopen. An initial $349 billion ran out on April 16 in just 13 days with 1.66 million firms getting loan approvals, and a second round with $320 billion started April 27. Through Friday, 2.2 million applications worth $175.7 billion had been processed, the SBA said.

But reports of big restaurant chains and hotel groups getting loans through a provision in the law, and other large firms getting millions of dollars while smaller firms were shut out in the first round, sparked outrage. Texas hotelier Monty Bennett, whose companies are among the biggest known recipients of loans that total about $70 million, said Saturday he’ll return the money.

The data released Sunday show that lenders with less than $10 billion in assets accounted for 32% of the approved loan amount in the second round so far, and the percentage of loans of more than $5 million decreased after the SBA and Treasury took steps to ensure more small firms got their applications through.

The agencies issued a new rule on April 30 that limited to $20 million the value of loans that corporate groups can get, and the SBA changed how it accepted applications from lenders — even setting aside eight hours on Wednesday only for banks with less than $1 billion in assets to submit applications.

The SBA and Treasury have said the program wasn’t intended for large companies with access to other capital, and urged such firms to return their loans by May 7 without penalty. Mnuchin also said April 28 that the SBA will review all loans of more than $2 million before they are forgiven, for criminal liability.

Almost 320 loans were received by public companies totaling $1.12 billion as of May 1, and 29 had been returned worth $183 million, according to data compiled by FactSquared.

States that got lower rates of approved loans in the first round are generally doing better than average during the second round, narrowing the gap between haves and have-nots. California small businesses got first-round loans worth just 38% of what they were eligible for under the program, and those in New York got 40%, according to estimates from Ernie Tedeschi, an analyst at Evercore ISI. That compares with 54% for the country as a whole.

As of May 1, loans from both rounds of the program pushed the rates in California and New York to 75%, compared with 81% for the country overall.

The hardest-hit areas of the country got disproportionately less under the first round of the program, according to a recent study by researchers at the University of Chicago and the Massachusetts Institute of Technology. The authors, Joao Granja, Christos Makridis, Constantine Yannelis and Eric Zwick, analyzed loan data by congressional district that hasn’t been made public.

Some observers have suggested that businesses in the hardest-hit areas might have found the program less attractive because their outlook is so grim that re-opening and recovery seem less likely.

In that context, Sunday’s data may be an encouraging sign: There were more than twice as many loans to hard-hit states such as New York and New Jersey in the second round than in the first, suggesting strong demand.

Other researchers, including Granja’s group, put more emphasis on the idea that certain banks were more successful than others in processing PPP loans, and that areas with more of those banks benefited disproportionately from the program.