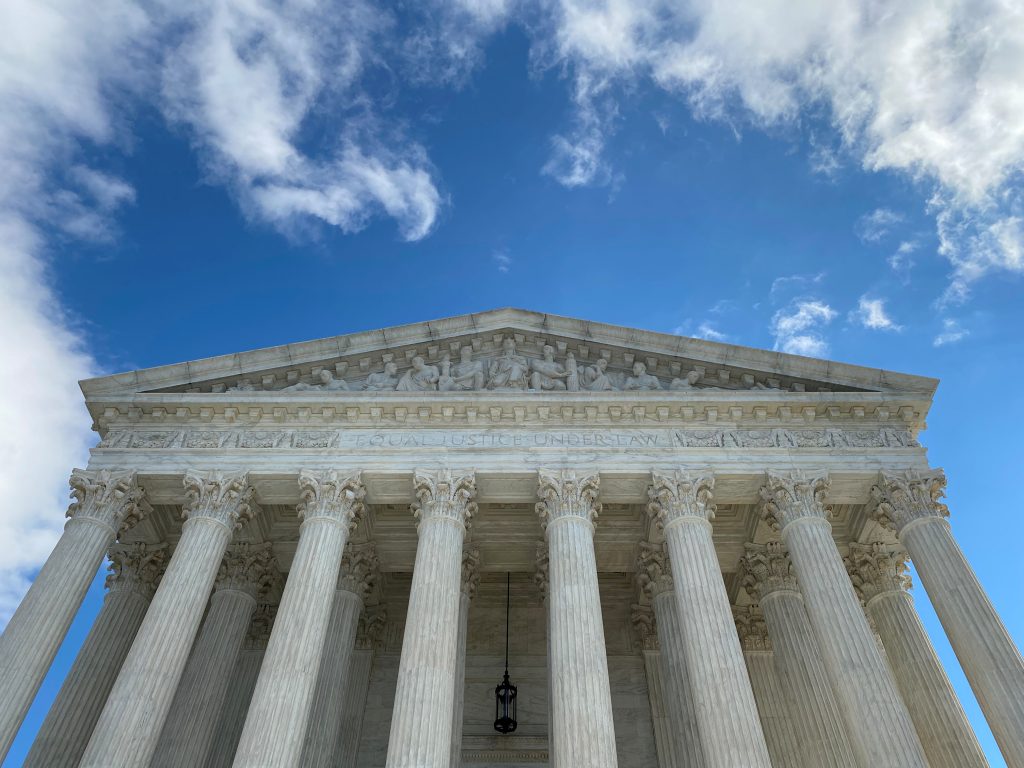 Oral arguments before the U.S. Supreme Court are typically a formal affair, dictated by adherence to tradition by an institution historically resistant to altering its ways. Come Monday, thanks to the coronavirus pandemic, all that changes.

In a first, the nine justices are set to participate in arguments in 10 cases – each scheduled for an hour – this week and next week, conducted remotely by teleconference rather than in-person to combat the spread of the pathogen. In another break with tradition, the court will provide a live audio feed of the arguments to the news media.

The changes reflect the new reality of working from home during the pandemic. The new format means than many formalities will be set aside. Some of the lawyers who will argue the cases have said they plan on wearing comfortable clothing – jeans and T-shirts – and will address the justices from kitchens and spare bedrooms, not from behind a lectern in the courtroom.

The cases include one of the biggest disputes of the court’s current term – whether President Donald Trump, arguing for expansive presidential powers, can keep his financial records including tax returns secret. Three cases will be argued on the subject on May 12, two involving congressional subpoenas to third parties for his records and one involving a subpoena by a local prosecutor in New York City in a criminal investigation into Trump and his family real estate business.

Jay Sekulow, a Trump personal lawyer who is arguing one of the financial records cases, said the dynamic will be quite a contrast to the dozen Supreme Court cases he has argued previously.

Arguments often are rough and tumble affairs – intellectually speaking – in the grand marble-columned courtroom, with the justices interjecting their comments at any time and sometimes talking over one another. To avoid chaos, the court has tweaked the format for the teleconference arguments so justices will take turn asking questions in order of seniority.

Justice Clarence Thomas is the court’s longest-serving member, though he typically refrains from asking questions during arguments. The next most senior justice is Ruth Bader Ginsburg, a frequent questioner.

The new process will present a challenge, including trying to cram all of the justices’ questions into an hour, said Ian Gershengorn, another experienced Supreme Court lawyer, who will be arguing a case on May 11 from his home in the Washington suburb of Bethesda, Maryland.

“It will put a premium on concise questions and concise answers,” Gershengorn said.

Gershengorn is representing Jimcy McGirt, a member of a Native American tribe challenging his conviction on serious charges. The ruling could have broad ramifications for tribal authority in Oklahoma.

Gershengorn will be interacting with the justices sight unseen. So, despite the seriousness of the case, he said he plans to wear casual clothes – jeans and a T-shirt – instead of his usual formal suit.

Riyaz Kanji, a lawyer representing the Muscogee (Creek) Nation tribe in the same case, said he plans to address the justices sitting from his kitchen table in Ann Arbor, Michigan.

The first case being heard on Monday involves a bid by a federal agency to prevent the popular hotel reservation website Booking.com, a unit of Booking Holdings Inc, from trademarking the site’s name.

The company, along with the rest of the travel industry, has been clobbered by the pandemic, which has caused tourism and business travel to evaporate worldwide. Adding to its troubles, the U.S. Patent and Trademark Office contends in the case that the name Booking.com is too generic to deserve legal protection.

The Supreme Court building has been closed to the public since March 13 due to the pandemic. The justices have met only via teleconference, and have issued rulings only online.

The coronavirus has proven to be particularly dangerous in elderly people, especially those with underlying medical issues. Three of the nine justices are over age 70: Ginsburg (87), Stephen Breyer (81) and Thomas (71).

The court is notoriously averse to change, including adopting new technology. The justices in the past have rebuffed news media requests for live audio and video of arguments. The court has not stated whether it will continue to allow a live audio feed in the future when cases again are argued in-person.