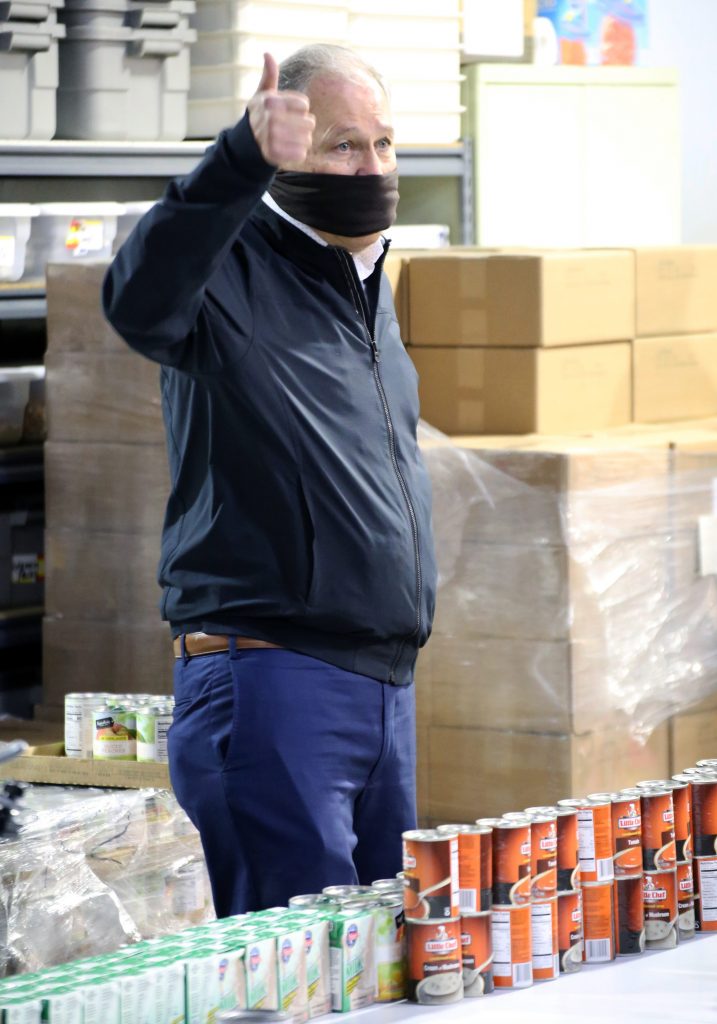 As Washington Gov. Jay Inslee weighs the economic cost of coronavirus closures against the health risks to Washington state residents, high on his daily reading list are the latest results from a suite of computer models.

Some are from top universities around the world. Others are homegrown. All are attempting to peer into an uncertain future and evaluate possible paths forward through a pandemic unlike any other in modern times.

From state houses to the White House and city council Zoom meetings nationwide, mathematical models have rarely been so influential — or so hotly debated.

Pundits on the right insist faulty models overestimated the peril and led to economically crippling shutdowns. Critics of the Trump administration say officials are cherry-picking the most optimistic models to downplay the epidemic’s severity and claim credit for reducing the toll. To most people, the models are mysterious black boxes. The numbers they spit out are constantly changing, creating confusion about their validity and value.

But epidemiologists — and some politicians — say it’s important to understand what models can and can’t do, and how best to use them at a time when decision-makers are largely flying blind with so much still unknown about the disease and its prevalence.

“Even with the smartest people in the universe — quite a number of whom live right here in Washington state — that does not mean they have a crystal ball,” Inslee said in an interview. “We’ve had to make assumptions recognizing that there’s a high level of uncertainty.”

Because testing has been so limited, no one knows how many people are actually infected with the new virus. Asymptomatic people can spread the disease, but how easily? Does post-infection immunity persist for years, or just a few months? As activities begin to resume, health officials are trying to figure out how much testing and contact tracing will be needed to keep the disease in check.

At their best, models can leverage imperfect knowledge about the new virus to simulate alternative futures and help guide decisions. The engines that drive them are mathematical approximations of epidemics built on more than a century of experience with infectious outbreaks. As new insights arise, the model inputs change — and so do the results.

“We try to take the best science we have and put that science in motion to get to logical conclusions,” said Daniel Klein, head of the computational research team at the Institute for Disease Modeling (IDM) in Bellevue. IDM’s modeling, which is tailored for Washington, is a prominent part of the portfolio Inslee and health officials consult regularly.

It’s a mistake to hang your hat on specific numbers generated by models, said Ruth Etzioni, a biostatistician at the Fred Hutchinson Cancer Research Center. “That’s expecting too much from the models, and you are going to be disappointed every time,” she said.

What models do best is provide ballpark estimations of potential impacts, and compare strategies — like reopening restaurants, allowing large gatherings or keeping schools closed. “They are not going to be perfect, but they can provide a little lab where you can try different approaches and find out which ideas are good or bad and what might be better,” Etzioni said.

A phrase that has become almost as common as “flatten the curve” these days is attributed to the late statistician George Box: “All models are wrong, but some are useful.”

Without models, leaders facing a novel pathogen would be forced to proceed on intuition, or by trial and error — with very high stakes.

“If we didn’t have models, the alternative would just be guesswork, or a finger in the wind,” said Klein. He and his colleagues are now focused on the issue on everyone’s mind: How to safely reopen while minimizing new infections, hospitalizations and deaths.

Early in the pandemic, modeling galvanized action. Projections that more than 500,000 Britons and 2 million Americans could die if the virus was left unchecked spurred leaders in both nations to impose lockdowns. But when the modelers from University College London reported sharply lower death projections due to the restrictions, the new numbers were widely misinterpreted to mean their original results were bogus.

When modeling triggers action that alters the course of an epidemic, it can appear that the modelers were ridiculously off-base, said Dr. Georges Benjamin, executive director of the American Public Health Association.

“You have to anticipate that and make sure people understand that the numbers are going to change, and that that’s what success looks like,” he said.

Different models are designed to answer different questions, but modelers often aren’t transparent about the limitations of their approach and assumptions, said Etzioni — who would like to see the equivalent of a nutrition label on every model spelling out that information in plain language.

With other models projecting more than 100,000 deaths in the U.S., IHME’s early April estimate that the virus would kill 60,000 Americans by August was cited by the Trump administration as evidence the pandemic would not be as bad as feared. But the country passed that 60,000 mark last week.

“The most important thing we have derived from the models — and it’s unfortunate — is that they are confident that if we eliminated all social distancing right now, the pandemic curve would go up fairly dramatically, quite rapidly.”