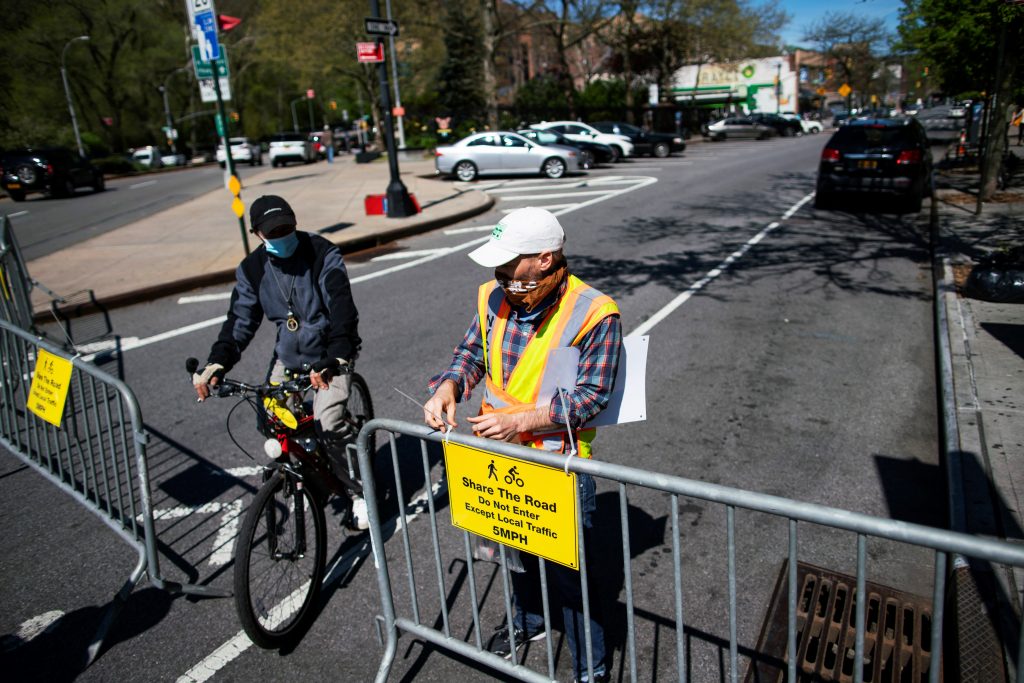 Americans are on the move again, indicating that adherence to stay-at-home orders may be wearing off as the pandemic drags on.

Over a three-week period ending late last month, the share of Americans staying close to home has steadily shrunk, according to an Inquirer analysis of data provided by a New York City data analysis firm that aggregates anonymous cellphone location information from 15 million people.

The data shows that New Jersey and Pennsylvania have some the largest shares of people staying indoors. But as with the rest of the U.S., fewer area residents are staying home as the weather gets warmer, the outbreak lasts longer, and the number of new cases flattens.

The improved weather and the sheer duration of the stay-at-home orders could explain why more people are traveling farther, said Vinod Venkatraman, director of Temple University’s Center for Applied Research in Decision Making.

Residents may be suffering from “behavioral fatigue,” in which they lose motivation to maintain new habits, he said. And the trend could snowball.

“You don’t want to be the first one to do it because in some ways, you’re worried about what others are going to think,” he added. “But when other people are doing it, you just feel like, ‘Ok, I’m still doing my best by social distancing or whatever, but I want to do something different.’”

The data analyzed by the Inquirer looked at mobility across the nation from March 2 through April 27. Across the county, it showed, the percentage of American traveling no more than a mile daily fell from 53.1% to 49.6% over the three-week period.

At the same time, the percentage traveling between one and 10 miles per week grew from 29% to 31%. There was a similar, if even slightly greater, bump in those traveling more than 10 miles.

Among the 50 states, New Jersey trailed only New York, the epicenter of the pandemic, in its share of residents locking down, according to the information from Cuebiq, the data-collection and analysis firm.

Experts and public officials were hesitant to draw conclusions from the data, but stressed the nation hadn’t exited the most dangerous stage of the pandemic and that people should maintain social distance. Epidemiologists said a small erosion of Americans staying indoors would not itself be worrisome — provided people are taking precautions such as wearing masks and staying 6 feet apart.

However, it could be more troubling if the trend continues and if residents are in regular, close contact with more people.

“That’s a little more worrying than if people are now driving to New Jersey to get [whiskey] or driving out further to get to a park that is less populated,” said Michael Levy, an epidemiologist at the University of Pennsylvania’s Perelman School of Medicine. “The thing that’s worrying is that if there is an increase in contact of the type that can lead to transmission, you’re not going to know it for a couple weeks.”

The data also show dramatic regional differences in response to the virus.

The U.S. Census breaks the country up into four main regions: Northeast, South, Midwest and West. When comparing the regions, the data shows a wide disparity in the share of people staying at home in the East and the South. Last week 57% of people in the East were traveling minimally compared to 46% of southerners.

The data also shed light on the controversy that flared when President Donald Trump called for some states to “liberate” themselves. On April 17, he issued such a call for Michigan. As of April 26, the state had the fourth-largest share staying at home, at 55%. Michigan Gov. Gretchen Whitmer has put her state under the strictest lockdown in the Midwest. Michigan has among the nation’s highest death rates from the virus.

Two other states where President Trump encouraged residents to free themselves — Virginia (50.5%) and Minnesota (49.3%) — ranked 18th and 20th. Both are close to the U.S. average.

As might be expected, the eight states with no stay-at-home orders had some of the smallest shares of people staying home; all were below the U.S. average. Arkansas was dead last, with 39.5% moving one mile or less as of April 26. Oklahoma ranked 47th with nearly 41% staying put.