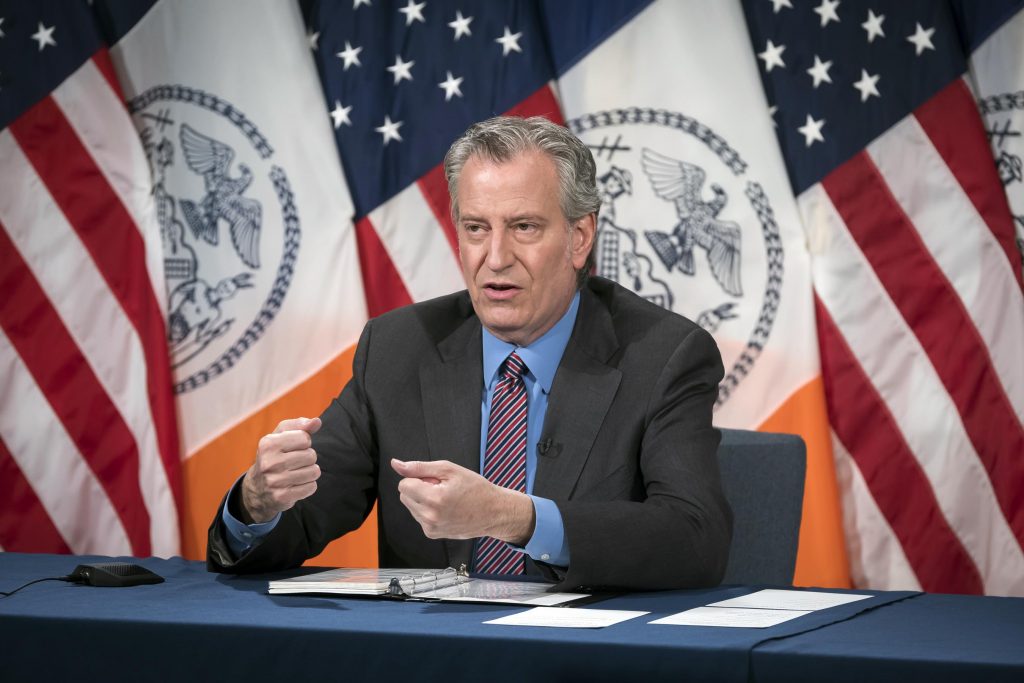 New York City announced Friday the first group of streets closed to through vehicle traffic to promote social distancing during the coronavirus pandemic.

The streets will be open every day to pedestrians and cyclists from 8 a.m. to 8 p.m. starting Monday. No through traffic will be allowed. The only permitted vehicles will be those for local deliveries, pick-ups/drop-offs, necessary city service vehicles, and emergency vehicles. These must drive at 5 mph and be hyper-vigilant.

The street closures were announced by Mayor Bill de Blasio and Council Speaker Corey Johnson, in an effort to promote social distancing as more people are expected to be outdoors as spring temperatures arrive.

“New Yorkers deserve safe ways to enjoy the warm weather while we fight through this crisis,” said de Blasio. “Our parks have played a critical role in maintaining public health during this crisis. But we cannot afford to have a high demand for open space create unhealthy situations. That’s why we’re opening streets and offering more options for New Yorkers to get outside safely.”

On Monday, the Mayor and the Council announced that 40 miles of streets citywide would be opened during May to allow greater social distancing, with a plan to expand to 100 total miles to be identified in the weeks ahead.

These initial closures total more than seven miles in all five boroughs. A total of 40 miles is expected to be closed to through vehicle traffic citywide during May, and a total of 100 miles in the following weeks.

“This seems to me to be a pretty dumb priority of the city’s,” said Yeger. “More importantly, the inconsistency of the city’s instructions to New Yorkers is fascinating. The city says we should stay home, but here’s a newly closed street so we don’t have to stay home. Is it any wonder that we’re seeing so much confusion about what is required of New Yorkers?”