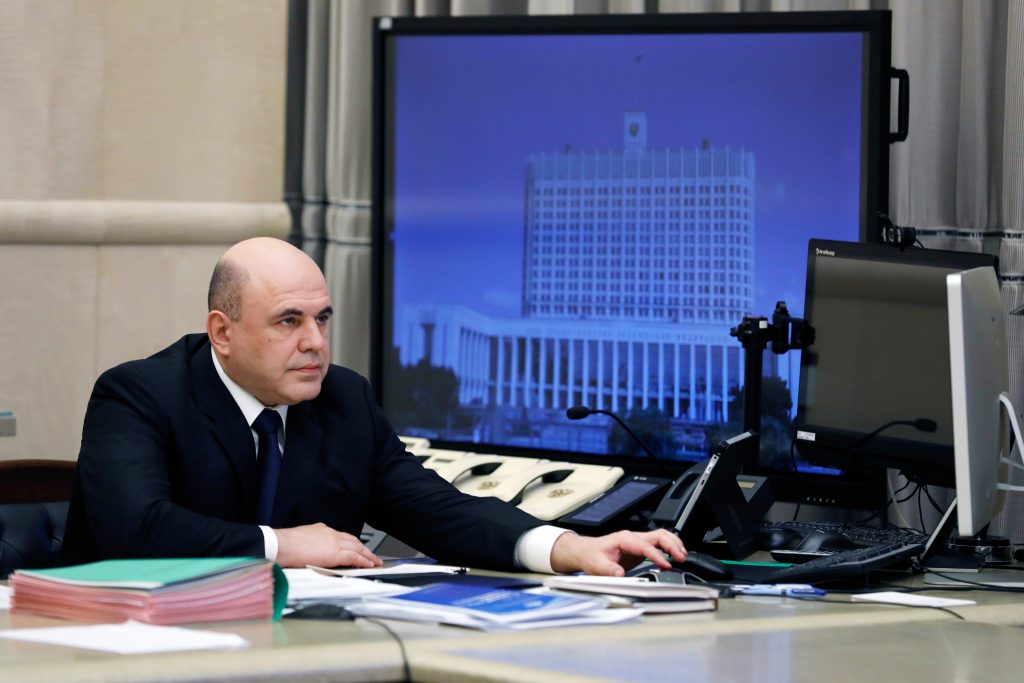 Russian Prime Minister Mikhail Mishustin told President Vladimir Putin on Thursday that he had been diagnosed with the new coronavirus and was temporarily stepping down to recover.

Putin, who was listening on a video conference, sighed when he heard the news, wished Mishustin a speedy recovery and said he agreed with the proposed replacement.

Mishustin, who has been one of the main coordinators of Russia’s response to the new coronavirus, is the first high-ranking Russian official to publicly say they have the virus. He broke the news hours after the number of confirmed cases of the virus in Russia surged past the 100,000 mark.

“I have found out that the coronavirus tests I had done returned with a positive result,” said Mishustin, who was appointed by Putin in January. “I need to self-isolate, and follow doctors’ instructions. This is necessary for the safety of my colleagues.”

Mishustin said he would remain in contact with members of the government and Putin by phone and video conference despite his condition.

“What is happening to you can happen to anyone,” Putin replied matter-of-factly. “When you get to the hospital, call me. I’ll be waiting for your call.”

The broadcast of the meeting, which showed the men on split screens, lasted just under four minutes.

Mishustin will spend his self-isolation period at a hospital under the supervision of doctors, his spokesman Boris Belyakov said, without disclosing the exact location where the prime minister would be treated.

Belyakov added that all those who had been in contact with Mishustin would go into self-isolation and be tested for the virus.

Russia’s nationwide tally of confirmed coronavirus cases surged past the 100,000 mark earlier on Thursday after a record daily rise in new infections.

Russia this week overtook China and Iran in the number of confirmed cases arising from the global pandemic.

Russia has so far reported 1,073 coronavirus-related deaths, a figure far lower than many of the hardest-hit countries however.

Putin has warned the peak of the outbreak has yet to come, and the authorities have said there could be a new spike in cases if the population flouts lockdown measures during public holidays in early May.

The world’s largest country by territory, Russia has been on lockdown since Putin announced the closure of most public spaces in late March to limit the scope for the virus to spread.

Putin and the cabinet have been holding remote meetings to avoid contact.