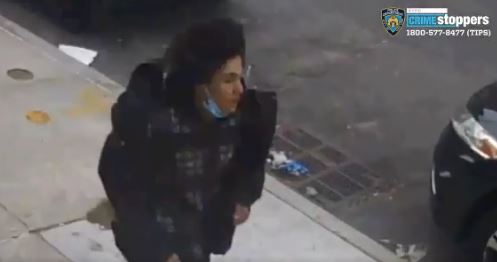 The NYPD is trying to identify two suspects in an anti-Semitic attack in Williamsburg last week.

Two men attacked a pair of Jewish teens and yelled anti-Semitic slurs at them on Cook Street in Williamsburg last Thursday, April 23.

According to police, the 15-year-old and 14-year-old boys were walking between Manhattan and Graham Avenues at around 5:15 p.m. when the attackers walked up to them and shouted anti-Jewish statements at them.

They then threw debris they found on the ground at the two teens, who ran away without getting hit, authorities said.

Security camera footage captured near the scene shows the two men, whom police describe as in their early 20s, one wearing all dark clothing and another wearing a green jacket.

Police released images of the men they are looking for in connection to the attack on Wednesday.