World Johnson: UK ‘Past the Peak’ of Outbreak But Must be Cautious
CoronavirusWorld 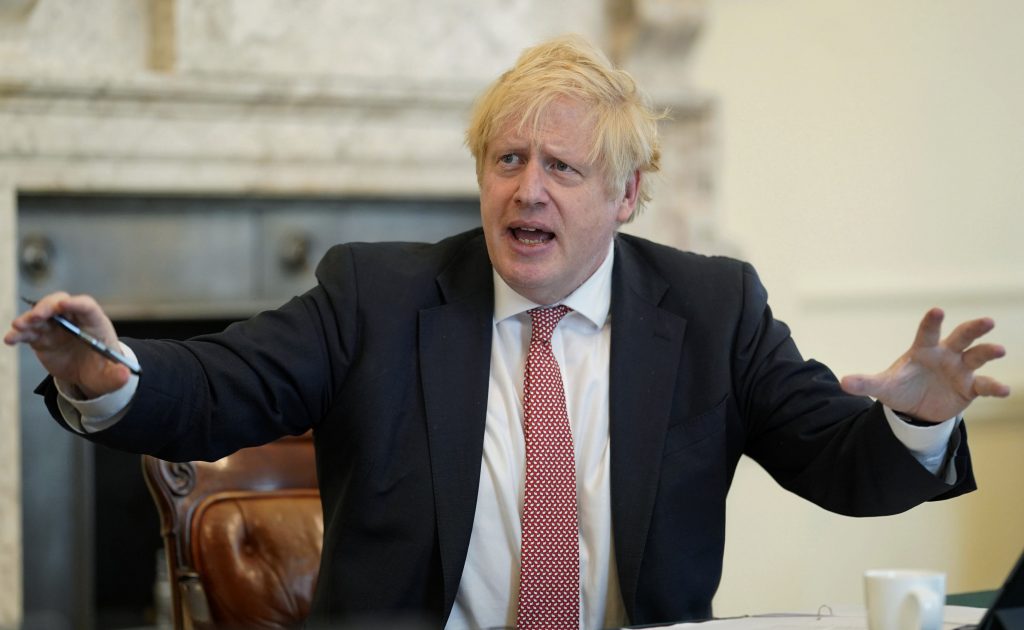 Britain is past the peak of its coronavirus outbreak, Prime Minister Boris Johnson said Thursday, as he promised to reveal a “road map” out of national lockdown — but not yet.

Appearing at a news conference for the first time since he fell seriously ill with the virus a month ago, Johnson said “we’re past the peak and we are on the downward slope.”

The number of hospital admissions and people in intensive care with COVID-19 are now falling, and deaths are increasing less sharply than in early April.

And, crucially, the disease’s reproduction rate — the number of people each person with the virus infects — is now below 1. Chief Scientific Adviser Patrick Vallance said it was between 0.6 and 0.9 in different parts of the U.K.

As other European countries begin to reopen businesses and schools, Johnson is under pressure to reveal when and how the government will ease a nationwide lockdown that was imposed on March 23. The restrictions are due to last at least until May 7.

Johnson said he would set out a “comprehensive plan” next week about steps to restart the economy, reopen schools and get people back to work. In an apparent change in government policy, he said that face coverings will be “useful” in the next stage of the crisis, for both epidemiological reasons and to give confidence to those returning to work.

However, he stressed that any changes would be gradual.

“We’ve come under what could have been a vast peak … and we can now see the sunlight and pasture ahead of us,” he said. “And so it is vital that we do not now lose control and run slap into a second and even bigger mountain.”

Johnson’s Conservative government is facing growing criticism as it becomes clear the country will have one of the world’s highest coronavirus death tolls.

The government said another 674 people with the coronavirus have died in hospitals, nursing homes and other settings, taking the total to 26,771. Only the United States and Italy have higher tolls, though Johnson stressed that international comparisons are “very difficult.”

Johnson acknowledged frustration about problems getting protective equipment to front-line workers and in carrying out testing, but insisted that the government was throwing “everything at it, heart and soul, night and day, to get it right.”

The government has acknowledged that it may miss its self-imposed goal of conducting 100,000 tests for coronavirus a day by the end of Thursday.

The government has been criticized for failing to catch most cases of COVID-19 and now says wide-scale testing will be key to controlling the virus and lifting the restrictions on business and daily life.

Earlier this month, the government vowed to perform 100,000 tests a day by April 30. The number has been climbing steadily, and hit 81,000 on Thursday, Johnson said.

Chris Hopson, who heads NHS Providers, an umbrella group for U.K. hospitals, said the 100,000-a-day target was a “red herring,” and urged the government to set out a detailed strategy for who would get tested and when.

“What we need to know is what are we going to do in terms of the testing regime over the next six, eight, 10, 12 weeks as we come out of lockdown,” Hopson said.

He said 800,000 health care workers will need to be tested regularly to ensure they remain free of the virus.

Johnson, 55, only returned to work on Monday after recovering from a bout of COVID-19 that put him in intensive care.

“Tragically thousands of people have been less fortunate than I was,” he said.