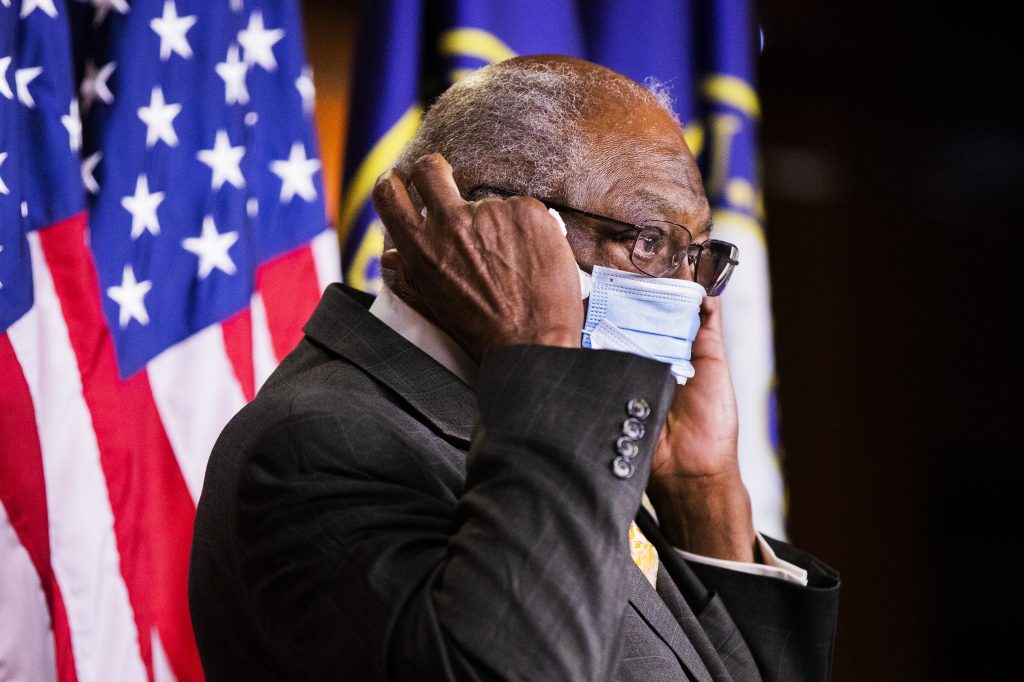 House Speaker Nancy Pelosi said Thursday that Democrats considering about $1 trillion to go to state and local governments in the next coronavirus spending bill, a much larger figure than previously discussed and an enormous federal commitment to bailing out hammered state and local budgets.

Pelosi’s comments set up a clash with Senate Republicans as Congress begins to debate its next steps in responding to the pandemic. Senate Majority Leader Mitch McConnell, R-Ky., has said repeatedly in recent days that he will not agree to additional spending for state and local governments unless Congress also passes liability protections for businesses and health-care workers – an idea Pelosi has rejected.

President Donald Trump, meanwhile, has suggested that he will not approve more funding for states and cities unless they eliminate protections for unauthorized immigrants.

Pelosi, D-Calif., said at a news conference Thursday that $500 billion would go to states, an amount that the National Governors Association has asked to be distributed, and a similar amount to municipalities and local governments. She said the money could be made available to spend over several years.

“I talked about almost $1 trillion right there,” Pelosi said, while adding that “we do have other issues that we want to deal with” in the next spending bill.

The $2 trillion Cares Act that Congress passed in late March included $150 billion for states, but the money was restricted to use for coronavirus response, which some governors and mayors have complained has made it difficult for them to tap to help their budgetary needs.

Meeting with Trump in the Oval Office on Thursday, New Jersey Gov. Phil Murphy, a Democrat, said his state would need $20 billion to $30 billion to recover from the coronavirus.

“This is to allow us to keep firefighters, teachers, police, EMS on the payroll, serving the communities in their hour of need,” Murphy said. “And that’s something that we feel strongly about. We don’t see it as a bailout. We see this as a partnership.”

Trump replied, “I will say that’s a tough question, because you’re talking about the states, and whether you call it a bailout or a lot of money, and a lot of it’s for years, long before you were there.”

Republicans and Trump say they do not want to bail out states that they allege have been mismanaged for years. Democrats insist that the extreme budgetary problems hitting state and local governments are largely a result of the coronavirus and the loss of tax revenue, as well as payments for unemployment claims and other needs. Many state governments and local leaders have said they have begun mass layoffs, including of public safety workers, as a result of the virus.

“This is strictly about the coronavirus. It is about what your outlays are for the virus and what your revenue loss is on that,” Pelosi said.

“We’re not going to be able to cover all of it, but to the extent that we can keep the states and localities sustainable, that’s our goal,” she said.

In an earlier interview on Fox News, McConnell said that Republicans were not interested in borrowing from future generations to bail out states.

“We don’t need an epidemic of lawsuits in the wake of the pandemic,” he said. “And so if we do another rescue package, and we may, we need to take our time, do it right, and it needs to include these liability protections so that all of these brave workers and brave businesses that will be reopening are not subjected to this second epidemic of litigation.”

At a news conference earlier this week, Pelosi told reporters, “We would not be inclined to be supporting any immunity from liability.”

House Democrats are considering a wide variety of other provisions as they assemble the next coronavirus package, including additional direct payments to individuals, more money for food stamps and health-care providers, housing assistance and potentially money for the Postal Service and voting by mail. Pelosi and House Majority Whip James Clyburn, D-S.C., also discussed Thursday the need to include an investment in broadband.

Congress has already passed bipartisan bills to address the coronavirus, totaling nearly $3 trillion, an unprecedented sum. There were some bitter partisan clashes along the way, but lawmakers on both sides believe crafting the next relief package will be even harder, as Republicans begin to focus on encouraging the economy to reopen as Democrats remain intent on pumping additional federal funding into the economy. It’s also unclear where a compromise might be found on the question of including liability protections for businesses, as McConnell is demanding.

Pelosi suggested the House would be returning to the Capitol the week of May 11. House leaders backtracked on plans to reconvene next week, citing medical concerns; the Senate will be coming back into session next week.