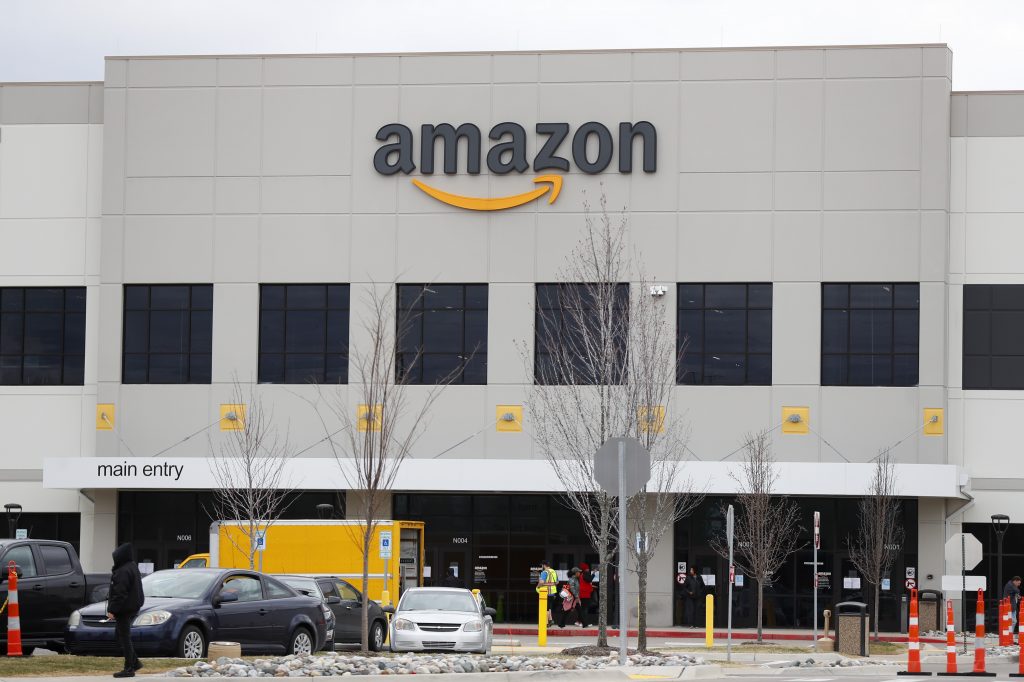 With each new case of COVID-19 reported at an Amazon warehouse, workers receive a text or voicemail alert assuring them that the best safety procedures recommended by the Centers for Disease Control and Prevention are being put in place.

“We continue to follow CDC guidance,” messages from the company say.

But some workers say that isn’t true. And some say they are pressured by managers to report that social distancing is maintained when that’s not the case.

Amazon employees across 125 facilities have tallied at least 606 cases of COVID-19, according to a spreadsheet assembled by Amazon employee Jana Jumpp and provided to CQ Roll Call. The employees reached that total by sharing the voicemails and texts with each other and monitoring social media posts that a facility had at least one positive COVID-19 case.

The unofficial data suggest far more outbreaks than are publicly known — revealing a potential safety risk for the company’s hundreds of thousands of employees and the millions of people who rely on the service as they shelter at home.

The tally builds on media reports confirming at least two dozen cases at a facility in Staten Island, N.Y., and more than 30 cases in Carteret, N.J. New Jersey’s Democratic Gov. Phil Murphy ordered that facility shuttered this week after a news report.

Jumpp, who worked with University of California, Berkeley Graduate School of Journalism student Mickey Capper to organize each tip she gets from an Amazon employee, said her estimate for the number of cases is conservative. When the online retail giant notifies employees of “additional cases,” the number of additional cases is not specified.

Amazon spokesman Jay Carney said in a CNN interview earlier this month he didn’t know how many cases of COVID-19 among Amazon employees have been reported.

“I don’t have an overall number, obviously, because it’s pretty imprecise … when there’s so much uncertainty about the diagnosis itself,” Carney said.

Workers concerned about safety conditions at Amazon warehouses say the risks underscore the need to shut down the company’s facilities, most of which operate 24 hours per day, until safe working conditions can be better assured.

“We’re going to release the data Jay Carney didn’t have. You don’t know the answer?” former Amazon employee Chris Smalls said during a call with Amazon workers last week. “We do.”

“We’re continuing to monitor the situation in our facilities and corporate offices, and we are taking proactive measures to protect employees and associates who have been in contact with anyone who has been diagnosed or becomes ill,” Amazon spokesman Tim Carter said.

He said Amazon has “implemented proactive measures at our facilities to protect employees, including increased cleaning at all facilities, maintaining social distance in the facility and adding distance between drivers and customers when making deliveries.”

One worker at a Pennsylvania facility shared a screenshot of a handout given to employees. The handout hints in English and Spanish that workers should answer “no” to the question, “Do you see crowding at breaks, meals and shift changes?”

The handout goes on to say that workers are required to stand six feet apart, and if that doesn’t happen, then employees should notify a manager.

More than 60 cases have been reported at that Pennsylvania facility, known as AVP1, located near Hazleton, workers say. It remains open.

Another worker at the facility, who asked to remain anonymous for fear of retaliation, shared with CQ Roll Call several voicemails from the company about new cases. The worker said she had received a notification every two to three days since about the second week of March.

“We want to let you know we have additional confirmed cases of COVID-19 at AVP1 as there continues to be an increase of confirmed cases in the Hazleton region,” a message from an automated voice says. The employee received the latest message on April 25.

Employees at the facility do not know precisely how many of their co-workers have tested positive because of the alert’s vague language. The employee estimated that there have been “more than 60” cases.

Back in mid-April, another employee of the AVP1 facility estimated that there were 60 positive cases, according to an email between two Amazon employees shared with CQ Roll Call.

Hazleton is Pennsylvania’s hardest-hit ZIP code, with 911 positive COVID-19 cases as of Tuesday, according to a map developed by the state’s Department of Public Health. That translates into a rate of one case for every 30 people in the area.

The state’s second hardest-hit ZIP code, with 533 positive cases, is in Philadelphia. It has twice the population of Hazleton’s, with a rate of one case per 128 people.

The Amazon facility is located in Humboldt Industrial Park, where about 10,000 people work across several companies. A Cargill meat-packing plant in the same industrial park voluntarily shut down earlier this month after union officials reported 164 of its nearly 900 workers had tested positive for the coronavirus.

Rep. Matt Cartwright, D-Pa., who represents the area in Congress, acknowledged that Hazleton has been particularly hard hit because it is home to a number of industrial parks.

“It’s a horrendous situation, and it’s clear that’s what led to the alarming, exponential increase of COVID-19 infections in Hazleton was the employment situation around there,” he said.

Cartwright has called for an investigation by OSHA into the Amazon facility. OSHA has opened up inquiries into two claims. The congressman declined to say whether he thought it should be temporarily shuttered.

The Pennsylvania Department of Health confirmed it is not tracking occupational data or information about workplace-acquired infections.

“We are supporting the individuals who are recovering. We are following guidelines from health officials and medical experts, and are taking extreme measures to ensure the safety of employees at our site,” said Carter, the Amazon spokesman.