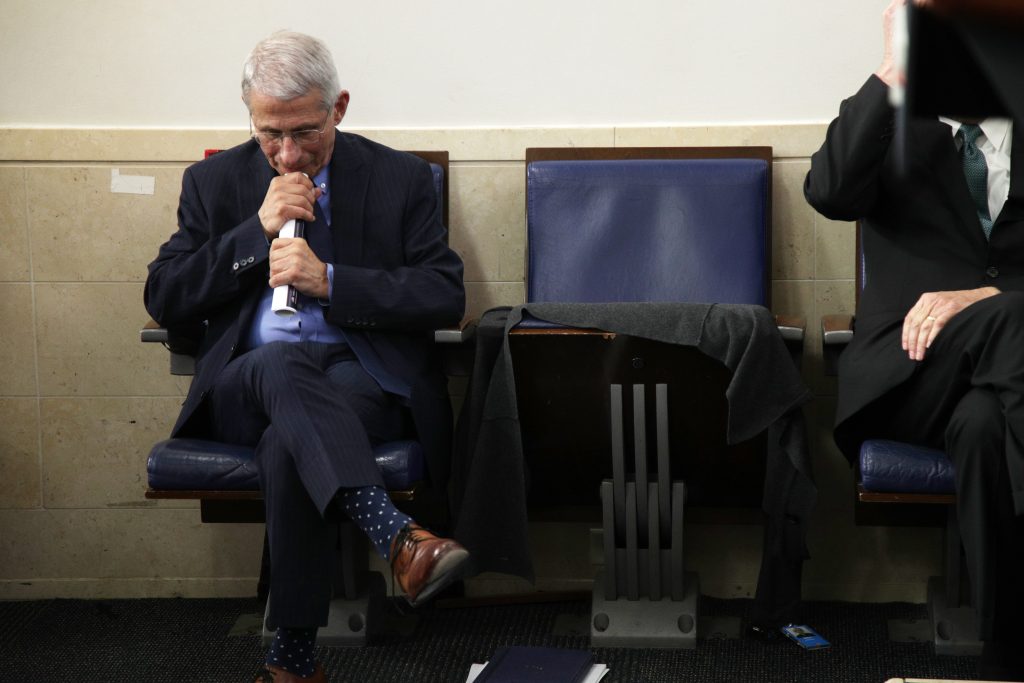 The Trump administration is quietly organizing a Manhattan Project-style effort to drastically cut the time needed to develop a coronavirus vaccine, with a goal to have 100 million doses ready by year’s end, according to two people familiar with the matter.

Called “Operation Warp Speed,” the program will pull together private pharmaceutical companies, government agencies and the military to try to cut the development time for a vaccine by as much as eight months, one of the people said.

As part of the arrangement, taxpayers will shoulder much of the financial risk that vaccine candidates may fail, instead of drug companies.

President Trump’s top medical advisers, led by the infectious disease expert Anthony Fauci, have repeatedly said that a coronavirus vaccine won’t be ready for 12 to 18 months at best. Until then, White House guidelines envision some economically damaging social distancing practices maintained even as the U.S. begins to resume a more normal social and business life.

Last month, Mr. Trump directed Health and Human Services Secretary Alex Azar to speed development of a vaccine, and administration officials have been meeting on the effort for three to four weeks, one of the people said.

The people asked not to be identified because the project hasn’t yet been publicly announced.

A spokesman for the Department of Health and Human Services, Michael Caputo, said the president refused to accept the timeline for standard vaccine development and encouraged a breakthrough process.

Vaccine development is typically slow and high risk. The project’s goal is to cut out the slow part, the people said. Operation Warp Speed will use government resources to quickly test the world’s most promising experimental vaccines in animals, then launch coordinated human clinical trials to winnow down the candidates.

The best prospective vaccines would go into wider trials at the same time mass production ramps up.

The project will cost billions of dollars, one of the people said. And it will almost certainly result in significant waste by making inoculations at scale before knowing if they’ll be safe and effective — meaning that vaccines that fail will be useless. But it could mean having doses of vaccine available for the American public by the end of this year, instead of by next summer.