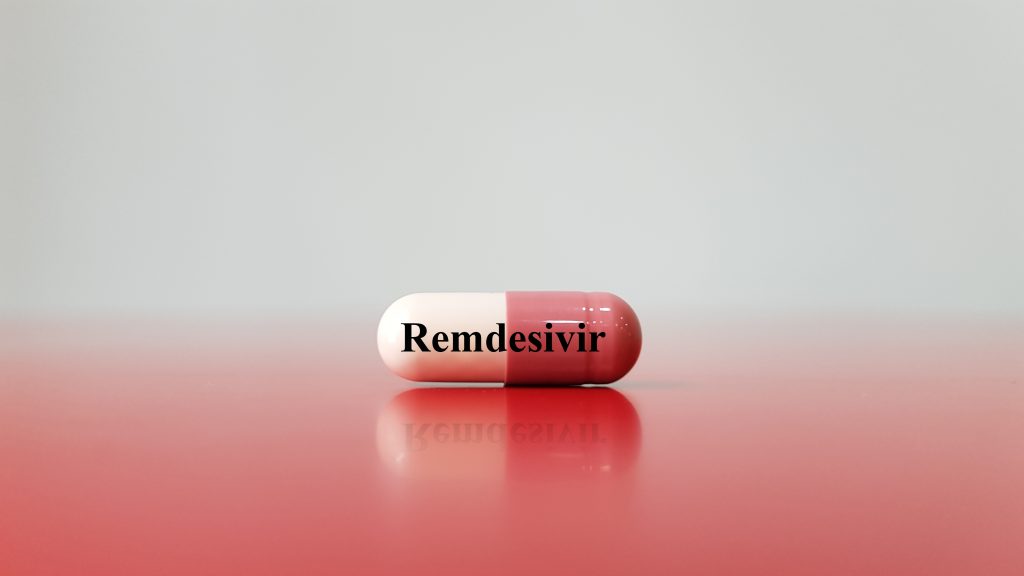 The U.S. government’s top infectious-disease expert said that early results of a closely watched clinical trial offered “quite good news” regarding a potential covid-19 therapy made by the biotechnology company Gilead Sciences.

Anthony Fauci, the head of National Institute of Allergy and Infectious Diseases, which is conducting the study, said at a White House meeting with President Donald Trump and Louisiana Gov. John Bel Edwards that the trial showed a significant positive effect in treating the virus.

Early Wednesday morning, Gilead issued a news release saying it had become aware of results from the NIAID trial showing its experimental drug remdesivir helped patients recover more quickly than standard care, suggesting it could become the first effective treatment for an illness that has turned modern life inside-out.

NIAID’s trial enrolled more than 1,000 patients internationally and compared remdesivir treatment alongside supportive care with a placebo. Patients who got the drug recovered in an average of 11 days, while those who get a placebo recovered in 15 days, Fauci said.

The results were “highly significant if you look at the time to recovery,” Fauci said. The Food and Drug Administration indicated it is in talks with Gilead to make the medicine available quickly.

Finding a treatment for covid-19, the respiratory disease caused by the coronavirus, could move the world closer to easing lockdown measures put in place to help slow its spread. News of the positive results helped send the U.S. stock market soaring Wednesday despite data showing a deep contraction in the economy in the first quarter of the year.

Gilead shares jumped as much as 8.1% Wednesday after the company’s statement.

The broader stock market and Gilead itself have been churned in recent weeks by a series of early looks and leaks of trial data on the drug, called remdesivir. Last week, the market swooned after apparently discouraging results from a Chinese trial that was halted early after researchers struggled to enroll patients, was accidentally posted on a World Health Organization web page.

Data confirming those more downbeat results were published in the U.K. medical journal The Lancet on Wednesday. Fauci said at the White House Wednesday that that trial was “not an adequate study.”

Originally developed to treat other novel viruses, remdesivir has placed Gilead at the head of the race to develop a treatment for covid-19. The drug, which has also been tested on Ebola, isn’t approved for use anywhere in the world.

A separate study of 397 patients released by Gilead Wednesday found remdesivir appears equally effective when given for half as long as the 10 days used in the NIAID and other studies, and that some patients may fare even better when given less medication. The potential ability to treat patients for less time would help ease strain on stretched health systems that must infuse the medicine, and make supplies of the drug last longer.

Two weeks after treatment, 65% of those who got the five-day dose had recovered, compared with just 54% of those who received the infusion for 10 days. The death rate showed a similar trend, with 8% of patients getting less drug dying, compared with 11% in the 10-day group. The difference wasn’t statistically significant, which means it could have happened by chance.

The five-day regimen “could significantly expand the number of patients who could be treated with our current supply of remdesivir,” said Merdad Parsey, Gilead’s chief medical officer.

Taken together, Gilead’s study and the NIAID trial could signal a profound shift in the race to get the novel coronavirus under control. The availability of a treatment could allow the world to start reopening economies, as well as offer psychological relief to billions of people who have been self-isolating to hide from the virus.

In the most severe cases, covid-19 can lead to respiratory failure and death. More than 1 million cases have been confirmed in the U.S., and over 200,000 people have died around the globe from the illness.

Multiple trials of the drug are still underway. The NIAID trial measured how quickly patients taking it were able to be removed from supplemental oxygen therapy or were discharged from the hospital. The agency plans to publish the findings in a medical journal in the near future, Fauci said.

The trial, run by the National Institutes of Health, aimed to sign up about 800 patients to test the drug and give a definitive answer as to whether it can help treat the illness.

An NIAID representative said in an email that the agency is planning an announcement Wednesday, with the most likely venue the White House task-force briefing.

Remdesivir will likely be approved for use in certain settings on the basis of the positive result, said Jefferies health-care strategist Jared Holz, at least until better alternatives are available.

“There is a massive bias to look at the data with half-glass-full approach,” he said, adding that it’s “totally fair given the current predicament.”

The FDA “has been engaged in sustained and ongoing discussions with Gilead Sciences regarding making remdesivir available to patients as quickly as possible, as appropriate,” said Michael Felberbaum, an agency spokesman, in an email.

The results from the Chinese study in the Lancet have been long-anticipated. The trial was originally meant to enroll 761 patients in Wuhan, the early center of the country’s outbreak, but researchers couldn’t find enough people after its epidemic ebbed in early March.

Still, the results from 237 adults in the randomized trials, in which neither investigators nor patients knew who was taking the real drug and who was taking a placebo, are a setback for the drug.

Last week, the WHO prematurely and accidentally published results of the China trial but retracted it soon after. The WHO post showed that the drug didn’t show benefit for these patients in terms of preventing death and reducing virus load.

About 100 clinics around the world worked together on the NIAID study, with a central goal of seeing whether remdesivir could help more patients recover more quickly after 29 days of followup.

Unlike the Chinese trial, which was running even as strict containment measures were clamping down on the numbers of infected people, NIAID’s study had the benefit of casting a net for patients just as their numbers were exploding. After initially expecting to enroll 572 patients, researchers later said the total sample size could be more than 800 people.