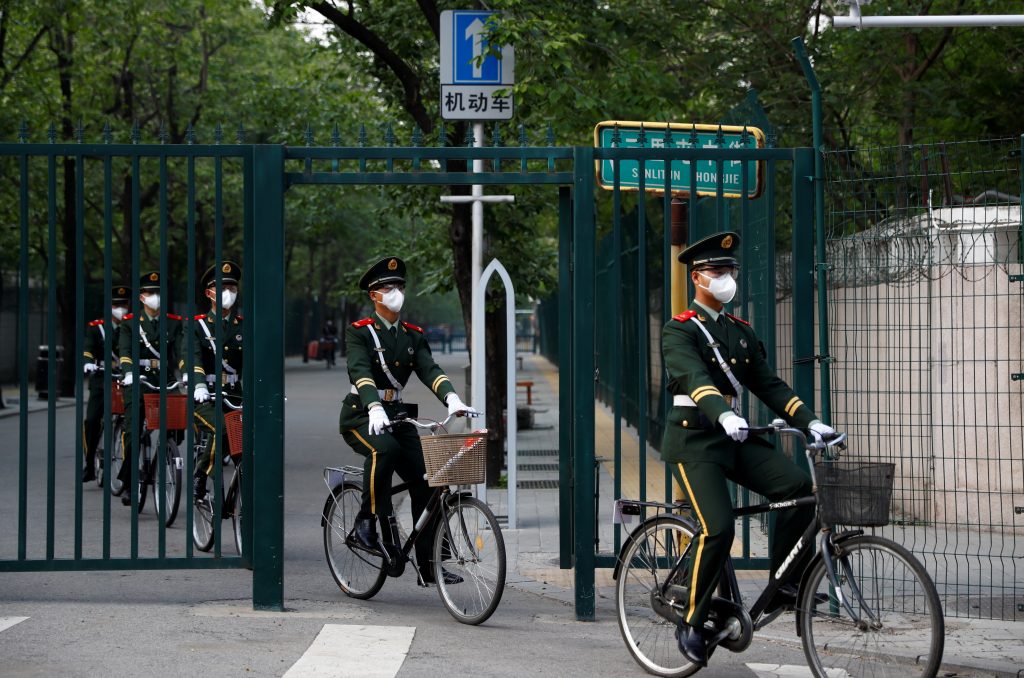 As the first major country to emerge from coronavirus lockdowns, China is focused on avoiding a devastating second wave of infections as it returns to a semblance of pre-pandemic life.

Distanced school desks, compulsory face masks and tracking apps are being deployed from the financial hub of Shanghai to the frigid northern province of Heilongjiang. With Chinese experts concluding that the virus cannot be eradicated, government officials are focused on keeping infections to a manageable level to avoid catastrophic surges that overwhelm hospitals.

This balancing act between letting people return to normal life while keeping infections at a low level is one that governments around the world, including the hardest-hit nations like Italy and the U.S., will have to try to master. Even with tools that others don’t have — powerful state surveillance and control of people’s movements — China doesn’t have a full picture, nor any guarantee of success.

“All of which means that as China restarts its economic and social life, there are known unknowns that could viably lead to another outbreak,” said Nicholas Thomas, a professor specializing in public health at City University of Hong Kong.

Here are the strategies Chinese cities are trying:

Dealing With the Border Threat

Unfettered global travel will likely no longer be possible in a post-virus world as countries fear imported infections setting off new waves. Almost all foreigners are banned from entering China while citizens coming back from overseas have to spend at least two weeks in isolation.

The most strictly governed cities, like Beijing, are enforcing an additional seven days of home confinement after that. Anyone isolating at home in the capital city can trigger an alarm just by opening their front door while neighbors are encouraged to report people leaving their homes.

The extreme restrictions have gotten tighter even though there have been barely any new local cases in weeks, due in part to the political class that reside there.

“Beijing is the capital, many government leaders live there and they have to consider the political impact and social stability concerns,” said Huang Yanzhong, director of the Center for Global Health Studies at New Jersey’s Seton Hall University.

Other Chinese areas with the most draconian limits on travel include border provinces like Heilongjiang, which has seen a wave of infections from people crossing over its land border with Russia. It now requires 35 days of quarantine for such travelers, restricting import-export businesses in the region and pointing to a likely global future where economies dependent on border flows contract.

In financial hub Shanghai, hardly any restrictions are imposed on domestic travelers likely due to the need to remain open to investment and talent. A Bloomberg journalist traveling from epicenter Hubei province to Shanghai didn’t encounter any particular restrictions, quarantine or even a requirement for testing once in the city.

Shanghai’s approach will likely be watched closely by authorities in other financial centers such as New York and Tokyo, cities whose dynamism depend on open domestic travel.

While many countries are still struggling to test everyone who appears sick, Chinese cities are now trying to preemptively test those returning to work.

In Hubei and Guangzhou provinces, companies are asking returning workers to take virus tests. In Shanghai, voluntary testing has been rolled out citywide, and companies and individuals can book tests at hospitals and clinics.

Clinics, infectious disease specialists and the local Center for Diseases Control are coordinated to identify, diagnose and isolate infections early, followed by swift contract tracing and quarantine to prevent community spread, according to Zhang Wenhong, the director of infectious diseases department at Shanghai Huashan Hospital.

“In Shanghai there’s thousands of CDC people and doctors hunting down these patients and isolating their close contacts,” Zhang said. “That’s critical for swift response in the prevention and control system.”

In a move likely impossible in Western democracies due to privacy concerns, China is combining the powers of its surveillance apparatus and its giant internet companies to keep tabs on who is vulnerable to infection.

The end result is that millions of people have to show their red, yellow or green color codes before being allowed into hotels, restaurants, shops, subways and residential compounds.

The codes are updated frequently and a green code — which gives freedom of movement — can be easily lost. Just visiting a shopping mall that an infected person also went to can mean one’s code changes to yellow, forcing mandatory home isolation.