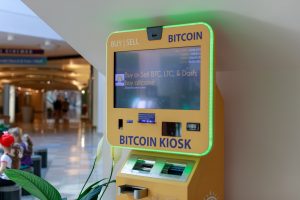 Excitement over bitcoin’s upcoming halving and an overall risk-on environment are pushing up cryptocurrencies, with the largest token reaching its highest level since before the coronavirus-induced crash.

Bitcoin gained as much as 13.5% to $8,778, according to composite prices on Bloomberg. Other cryptocurrencies also advanced, with Bitcoin Cash and Litecoin up more than 8% each.

Cryptocurrencies have moved in tandem with riskier assets — stocks are up more than 30% — over the past month but many crypto fans are also pointing to bitcoin’s so-called halving, which reduces the number of rewards miners receive. Ahead of the token’s last two halvings (it’s sometimes referred to as a halvening), it surged, with some enthusiasts positing the same could happen this time around.

“The bitcoin halving in under two weeks may explain some of the bullish activity by speculators,” Craig Erlam, senior market analyst at Oanda, wrote in a note. “But you have to think that an event that has been in the diary for so long will already be priced in. This could see some of these moves faded as we hit halving day.”

However, with Wednesday’s jump above $8,000, the largest cryptocurrency entered overbought territory based on the GTI Global Strength Indicator. Assets are considered overbought if the reading exceeds 70 and could indicate that it may be difficult for the token to notch additional gains in the short-run.