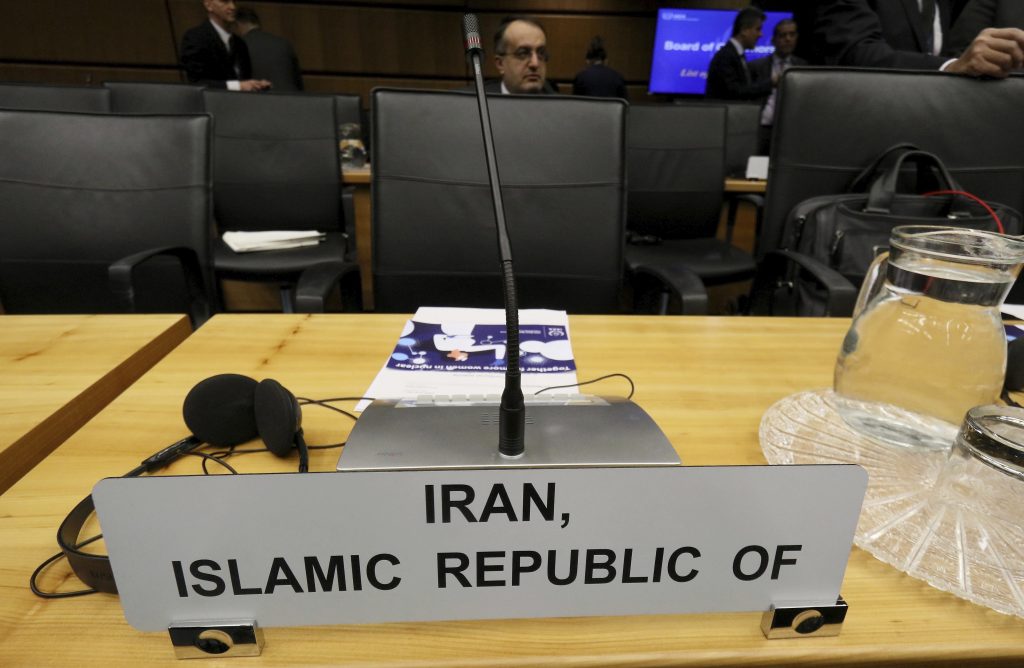 The United States has circulated a draft U.N. resolution that would indefinitely extend a U.N. arms embargo on Iran set to expire in October, a move almost certain to spark opposition from Russia, which has made no secret of its desire to resume conventional weapons sales to Tehran, U.S. officials and U.N. diplomats said Tuesday.

The draft document, which as of Tuesday had been circulated only to a small number of Security Council members, would strike the expiration of the arms embargo from the council resolution that endorsed the 2015 nuclear deal between six major powers and Iran, according to Trump administration officials and U.N. diplomats, who were not authorized to discuss the matter publicly and spoke on condition of anonymity.

The U.S. officials said the aim is to present the resolution for a vote in May when Estonia, a NATO member and close U.S. ally that is not party to the nuclear deal, holds the rotating presidency of the Security Council.

The arms embargo was not a part of the landmark 2015 accord, but Iran has long sought its removal, and its expiration was included in the council resolution as a reward for Iranian compliance with the agreement’s nuclear restrictions. Since Iran is admittedly no longer complying with several elements of the nuclear deal, according to the International Atomic Energy Agency, the administration believes it has a case to make that the embargo should not be lifted, the officials said.

Still, any attempt to extend the embargo will likely face stiff opposition from Russia and China, two veto-wielding permanent members of the Security Council who have argued it should be removed and want to resume arms sales to Iran. Russia has been more outspoken on the matter and has derided U.S. attempts to bring the matter up for discussion, criticizing President Donald Trump for withdrawing the U.S. from the nuclear deal in 2018 and re-imposing tough American sanctions on Iran.

Despite that opposition, which is almost certain to see the American effort fail, the U.S. officials said the administration is not planning at this point to raise the controversial matter of “snapback” – or restoring all U.N. sanctions against Iran that had been lifted or eased under the terms of the 2015 deal.

Although the administration pulled out from the deal two years ago, the U.S. maintains that it retains the right to invoke a sanctions snapback that the deal envisaged in the event of “significant non-performance” by Iran.

That position rests on a novel State Department legal argument that was first presented in December and asserts that although the U.S. is no longer in the nuclear deal, it remains an original “participant” under the terms of the Security Council resolution that enshrined it. That resolution does, in fact, list the parties to the 2015 agreement by name, but numerous diplomats have said the American argument is specious because the Trump administration has made such a point about no longer participating in the deal.

The U.S. risks sparking a diplomatic war and throwing the already damaged credibility of the Security Council into further jeopardy should it decide to invoke snapback, because it is unlikely that either the Chinese or the Russians, and possibly other members, would go along with the re-imposition of U.N. sanctions or enforce them.

The Chinese, Russians and many other council members have lamented the impact that the unilateral U.S. sanctions have had on Iran, crippling its oil exports and badly damaging its economy.

And, although the U.S. sanctions include exemptions that allow Iran to import humanitarian goods, critics have complained that they are hurting Iran’s ability to combat the coronavirus pandemic by discouraging companies and banks from doing business with Iran out of fear they will be hit with American penalties.