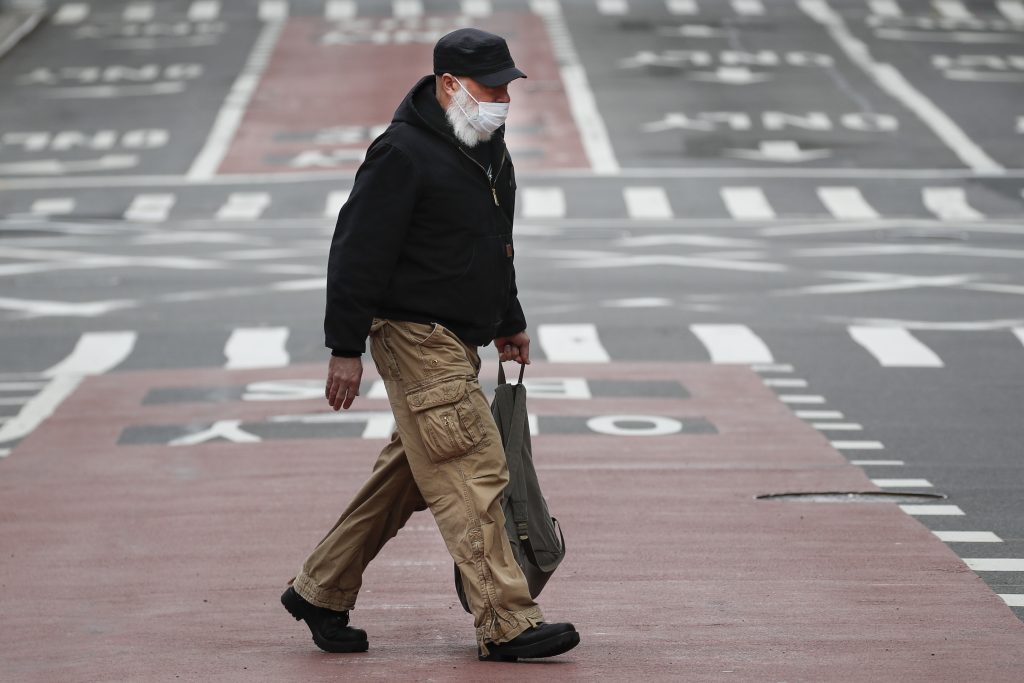 New COVID-19 hospitalizations in New York state are averaging under 1,000 a day for the first time this month, the latest sign of slowly decreasing pressure on the health-care system.

Gov. Andrew Cuomo told reporters Tuesday that hospitalizations and deaths from the outbreak were both continuing to tick down. The daily death toll dropped again, with 335 deaths reported Monday — the lowest daily tally recorded in April and the third straight day under 400.

There have been 17,638 deaths in New York since the outbreak began, according to state figures. The state total doesn’t include more than 5,200 New York City deaths that were attributed to the virus on death certificates but weren’t confirmed by a lab test.

At the peak of the outbreak earlier this month, there had been more than 3,000 new COVID-19 hospitalizations a day, based on a three-day rolling average. The comparable figure released Tuesday was about 950.

“It’s still a significant number of people,” Cuomo said. “But overall you see the numbers coming down, so that’s good news.”