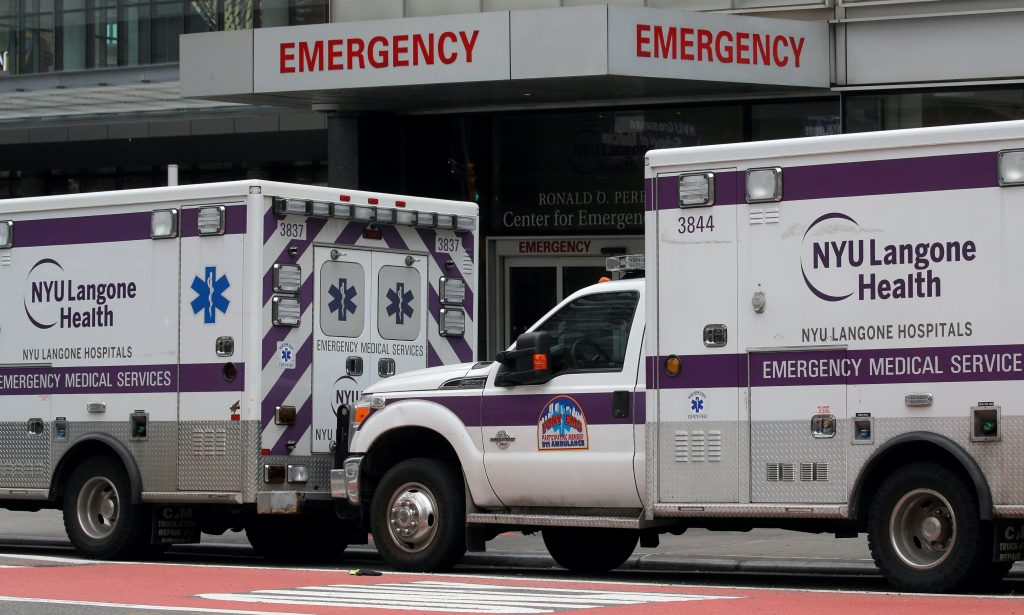 The number of routine medical tests critical for detecting and monitoring cancer and other conditions has plummeted in the United States since mid-March, as the coronavirus spread and public officials urged residents to stay home, according to a new report by Komodo Health. These tests, office visits, surgeries and other medical care tied to them, are key sources of revenue for hospitals and health-care systems that had to curb lucrative elective procedures to assure room for a crush of patients with COVID-19, the illness caused by the new coronavirus.

Diagnostic panels and cancer screenings typically performed during annual physician visits fell by as much as 68% nationally, and by even more in coronavirus hotspots. Millions of patients postponed tests considered crucial for detecting early signs of disease, monitoring its progression and improving patient outcomes, according to Komodo, which has one of the nation’s largest medical claims data bases and provided its new findings exclusively to Reuters.

Cholesterol panels fell by 67% and the blood sugar test to detect diabetes were off 65% nationally. This could all prove very costly down the road.

“We’re seeing a tremendous impact on preventative care, as well as on chronic conditions with massive implications for the health-care system,” said Komodo Health Chief Executive Dr. Arif Nathoo. “It speaks volumes to just how much COVID is impacting everyone’s health and wellness.”

San Francisco-based Komodo reviewed billing records of 320 million patients across the country from March 19 to April 20 and compared it to the preceding 11 weeks and a similar period last year.

It found the sharpest decline of tests and screenings in areas hardest hit by the epidemic, such as New York’s Manhattan, where A1c blood tests for diabetes dropped by more than 90%. In Massachusetts, cholesterol testing fell 80.5%, while in California, screening to detect cancer before it spreads and becomes difficult to treat were off 76.3%.

“A lot of these tests are run infrequently, but they are run when a patient visits their doctor,” Nathoo said.

Data from Komodo and others have begun to shine light on the gaps in care created by an epidemic that has infected close to one million people in the United States, and could have a lasting impact on the U.S. health-care system beyond COVID-19.

“There are millions of patients that have deferred care. And a lot of these patients are chronically ill patients with all kinds of complications,” said David Linetsky, head of life sciences at Phreesia, a New York-based patient intake technology company. “There are going to be tremendous health repercussions.”

Dr. David Tom Cooke, head of general thoracic surgery at UC-Davis Health, said his cancer patients are getting treatment. But he worries new cancers will go undetected until they are more advanced and less survivable.

“We’re not doing cancer screenings…  There is concern that we are delaying standard of care treatment for patients with potentially curable cancers,” he said.

The growing backlog has created new challenges for hospitals, physicians and clinics. Some practices estimate a four- to six-month delay for each month of lockdown that prevents routine visits and screening.

Business is down 75% at Family Medicine Associates in Attleboro, Massachusetts, a typically bustling practice with more than 10,000 patients.

Last week, the practice closed one of two offices and furloughed half the staff. They hope to reopen in June or sooner, if they get a Small Business Administration loan, said Dr. Jennifer Souza, one of the eight physicians there.

The practice had initially limited appointments so no more than two patients sat in the waiting room at a time. More recently, patients have stayed away on their own, fearing they might contract the virus. Physicians, too, worry about putting their sicker patients at risk by scheduling office visits.

On Monday, Souza visited the home of a legally blind patient with diabetes who had fallen, likely from worsening neuropathy, she said. Normally, the patient would have taken a dial-a-ride service for an exam and A1c test. “But his risk for complications is so high that I would be nervous for him to get that extra exposure,” she said.

Diagnostic screenings may not be as lucrative for hospitals and physicians as elective procedures, like knee replacements and cataract surgeries, but they play a crucial role in detecting problems that can lead to more expansive care, said Mallory Caldwell, principal at Ernest & Young.

The sheer volume of routine office visits and diagnostic exams also sustains many medical practices, especially in low-income communities and rural areas that were already struggling before the outbreak. Last year, 19 rural hospitals shuttered, the highest spike of closures in a decade.

If patients continue to stay away, health-care policy experts worry that these hospitals and clinics may not have the financial cushion to survive.

“If those practices shut down,” said Ateev Mehrotra, health-care policy associate professor at Harvard Medical School, “then the access problems that already exist in those communities, and the disparity in care, could be exacerbated.”