Israel Lapid: If Netanyahu Wants to Cancel Rotation With Gantz, He Can Count on Us
Israel 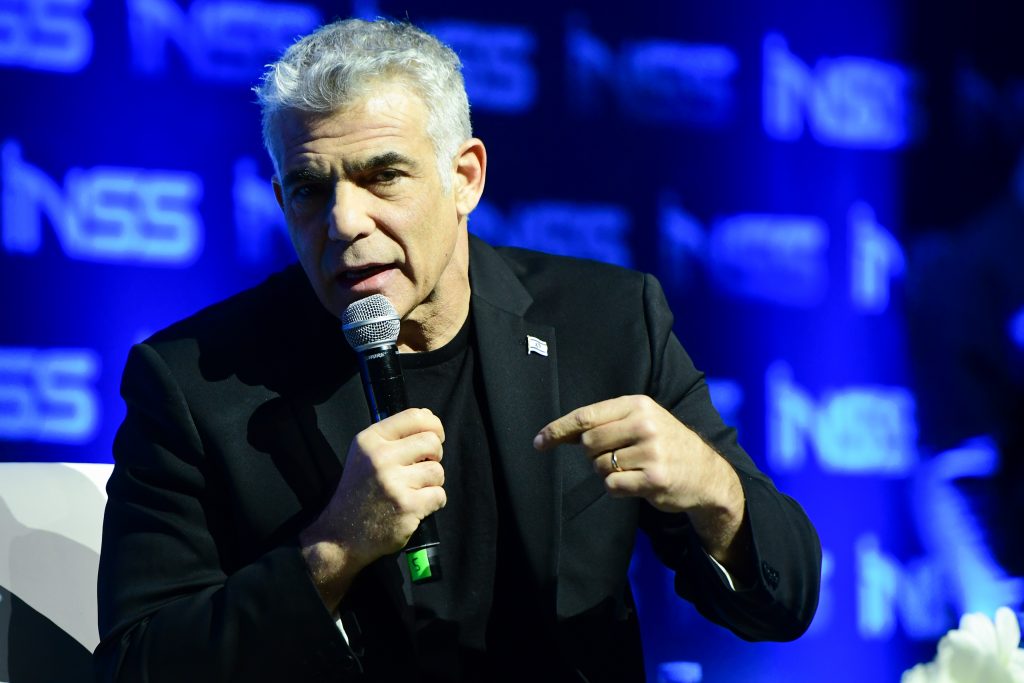 Laying a political bombshell, Yesh Atid leader MK Yair Lapid threatened Monday that if Prime Minister Binyamin Netanyahu would like to cancel the rotation deal with Benny Gantz, “we will say yes.”

Lapid, a former ally of Gantz, was discussing the rotation deal during a parliamentary panel hearing when he announced: “Any moment Netanyahu doesn’t want to do the rotation, all he has to do is approach me and say, ‘I want those laws [Basic Laws] back to the original wording.'”

“We will say yes,” he asserted, pointing out that the 59 MKs of the rightwing, together with the 16 MKs of the Yesh Atid-Telem party, will be 75 votes, which is enough for the amendments on the table.

In order to anchor in a Netanyahu-Gantz rotation in the prime minister’s office, as stipulated in the agreement on establishing an emergency national unity government, the Basic Laws will also have to be amended.

Time is running out for setting the legislative framework for the rotation in place, as on May 6, the Knesset’s mandate to name the next government head will expire.

A number of the law changes are being proposed to shackle both sides’ hands to either keep the rotation or not have Netanyahu, who is under criminal indictment, be disqualified.

In response to Lapid’s threat, Yisrael Beytenu leader Avigdor Liberman said he hopes Lapid was just having a laugh.

“I was surprised to hear Lapid’s statement about saving Netanyahu at Gantz’s expense. I hope it was said in jest or taken out of context,” he tweeted.

Lapid responded in kind: “Ivet, is this how you know me? I have no intention of saving Bibi. The only one who saved him is Benny Gantz. If in another year, after the corona [ends], we have the option of overthrowing the government, we will obviously overthrow it.”

Reacting to Lapid’s statement, Blue and White predicted that by making such a move he would actually be ending his own political career.

“If Lapid drags Israel to new elections with Bibi, he’ll end up under the Knesset electoral threshold,” the party said in response.