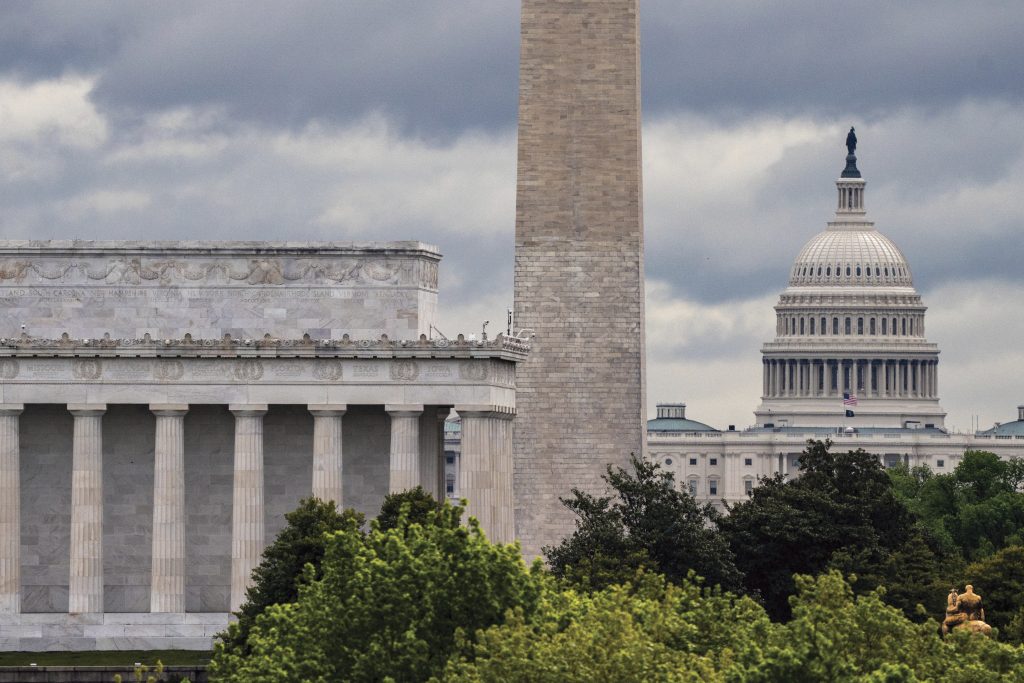 The Supreme Court made a request Monday that hinted the justices might want to back out of the legal showdown over President Donald Trump’s effort to stop congressional subpoenas for his tax and financial records.

With oral arguments set for May 12 on the issue, the Supreme Court asked House attorneys and President Trump’s personal attorneys to file briefs about whether the dispute is better left for politicians than the courts — known as the “political question doctrine.”

“It reads like an invitation to make up a way out for the Court,” Georgetown University Law Center professor Joshua Geltzer tweeted. “Let’s hope it’s not.”

House Democrats are seeking eight years of Trump’s financial and tax records from accounting firm Mazars USA and Deutsche Bank, and Trump filed lawsuits to challenge the subpoenas in his personal capacity. A Supreme Court decision in the coming months could reshape the limits for impeachment and other oversight investigations into a sitting president — and potentially play into the presidential election in November.

The Supreme Court’s request doesn’t mean that the justices ultimately will decide that courts should not weigh in on Trump’s effort to stop Mazars and Deutsche Bank from complying with the subpoenas.

But if the justices do follow that route, it would mean a loss for Trump now that could translate into a bigger loss for congressional subpoena power later, said University of Texas law professor Steve Vladeck, a close watcher of Supreme Court action.

“Trump would lose this fight — but the real loser would be Congress,” Vladeck tweeted.

The Supreme Court has shaped the “political question doctrine” over the decades, and recently relied on it in its major 2019 decision that federal courts can’t rein in politicians who draw political maps to entrench a partisan advantage, known as partisan gerrymandering.

In that 5-4 opinion, the court’s conservative wing found that the Constitution did not give the courts the authority to strike down maps as partisan gerrymanders. Instead, the majority wrote, that is a political question and a task for Congress and the states.