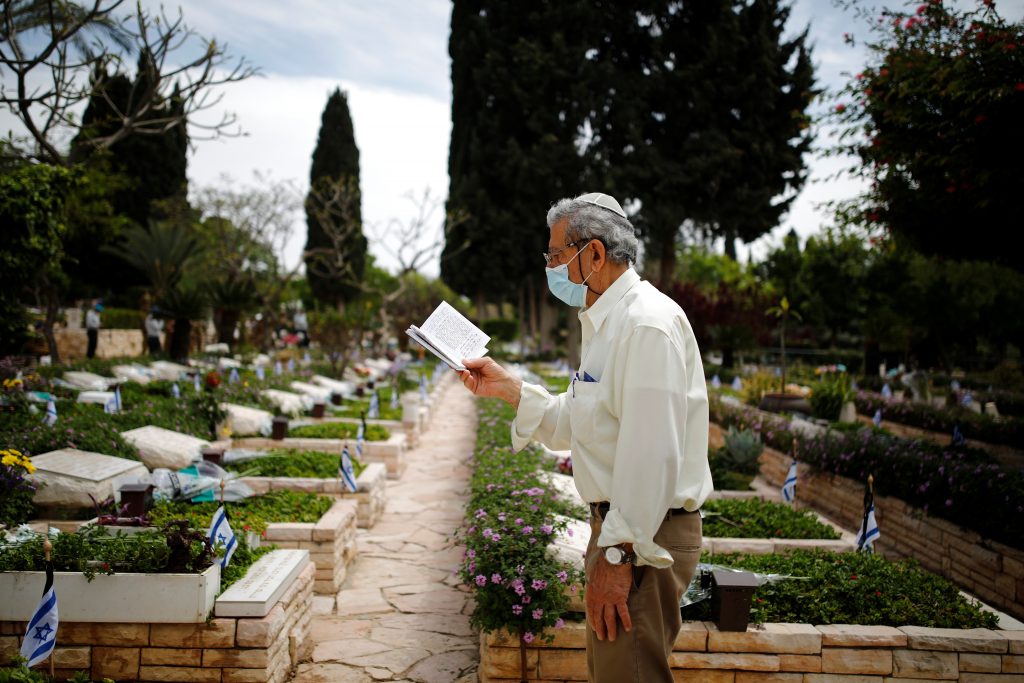 Israel’s High Court upheld on Monday a decision by the government to close the nation’s military cemeteries on Memorial Day due to concern over spreading the coronavirus.

The cemeteries were shut to visitors as of Monday afternoon, to reopen on Thursday morning, after Independence Day, during which the country will be on lockdown and the annual public gatherings prohibited.

Ceremonies such as the one at the Kosel with the president and army chief of staff, and the torch-lighting at Mount Herzl, will be held but without an audience at the sites.

“We’re here on the eve of Memorial Day and still a lot of families and friends come to visit the fallen. There are wonderful soldiers and commanders talking to them. It’s been happening since last Thursday,” he said, referring to a statement encouraging families to visit during the days before Memorial Day.

“This year is different, this year’s Memorial Day is basically spread over a week, and I want to thank the wonderful soldiers who are here and in all the cemeteries, and tell the families I love you very much and regret that this year has not been possible to commemorate the Memorial Day itself.

“I guarantee that we did not do this (close the military cemeteries) out of malicious intent, but to protect you. I love you all very much,” he added, as reported by Arutz Sheva.

Some bereaved families have protested the closure, and even threatened to enter cemeteries against the regulations. Last week, Bennett said that bereaved parents will not be physically barred from entering cemeteries.

At the Kiryat Shaul military cemetery north of Tel Aviv, The Jerusalem Post interviewed Shirli and Achicham Winestock, whose cousin Yossi, Hy”d, fell in Lebanon 25 years ago after his tank was hit by a rocket.

“We really wanted to come, and so we came today since we can’t come on Remembrance Day,” Shirli said through her face mask. “I understand the government’s decision, there is logic there, but the decision to not use force against those who want to come was also right.”

While she will not make a visit on Remembrance Day, “Everyone will make their own decisions, and will do so responsibly in a way that they don’t harm anyone. We aren’t judging them, we understand them. Most people won’t come, but in my opinion, you can’t tell bereaved families what to do.”

The cemetery was described as very quiet on Monday. “ The only sounds were of birds chirping or of some families saying Kaddish.”