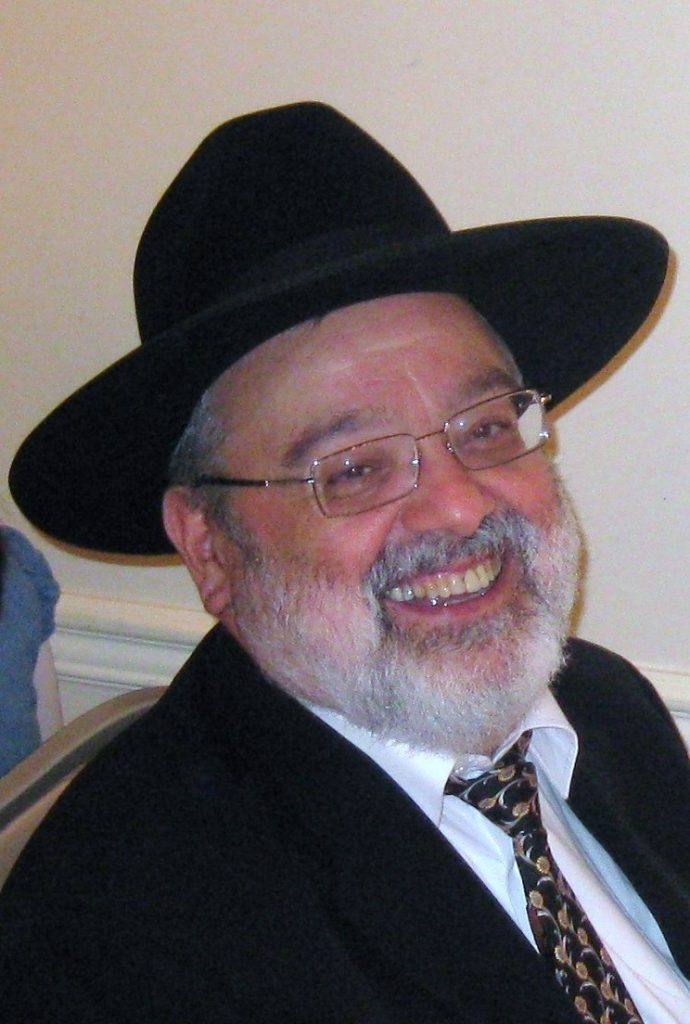 The Sephardic community in Midwood was devastated to learn Sunday night of the passing of Harav David Jamal, a talmid hacham and the rav of Cong. Har Halebanon. Rav Jamal, who had contracted COVID-19, was approximately 66 years old.

Rav Jamal was born in Beirut, and immigrated to the United States alone as a teenager, initially living with his brother and sister-in-law in Midwood. He attended Yeshivas Ner Yisroel in Baltimore, the Mirrer Yeshiva in Midwood, and was one of the first talmidim at Yeshivat Mikdash Melech on Ocean Parkway. He was recognized as an outstanding talmid.

Rav Jamal was later the founding rav of Har Halebanon, on Avenue S at East 9th Street. He was also a mohel and a shochet.

The rav was beloved for his warmth, and known for inspiring speeches and insightful shiurim. He was admired, even by great talmidei chachamim, for his brilliance in Torah. When the sainted, elderly mekubal Harav Yitzhak Kaduri, zt”l, of Eretz Yisrael, visited the United States, he always stayed in the Jamal home.

Rav Jamal was also well-known in the community for visiting Sephardic yeshivot before the Chagim, to teach the boys pizmonim related to the upcoming Chag as well as the Sephardi nusach of the tefillot. Rav Jamal also did other activities with the children, such as performing kapparot with live chickens. He was adored by generations of talmidim and rebbeim alike.

“He would always give us candy, and his lessons were so much fun,” said Avraham Elbaz, a former student of Yeshivat Ateret Torah, who later davened at Har Halebanon. “Even after the official lessons were over, we’d beg him to stay longer and tell us stories. And his stories were not only entertaining, but infused with mussar lessons as well.”

Congregants who spoke with Hamodia on Monday recalled the rav as someone who was always smiling and cheering up those around him.

“It’s so hard to put into words, someone who was so tremendous,” said a niece. “He had such a happiness of life and was always helping people, willing to do absolutely anything for anybody.”

“We’d always look forward to meeting him during Yamim Nora’im,” said Elbaz, a photographer who snapped many photos of Rav Jamal. “He would give everyone a great kabbalat panim, and with a big smile would give us brachot for the upcoming year.”

Though Rav Jamal was a great and respected hacham, he was exceedingly humble, and cheerfully acceded to any photo request.

“I recently saw him giving a shiur after davening in shul,” recalled Elbaz, “and he joked to me, ‘Take a picture.’”

“The rabbi was and will always be close to our hearts,” said another congregant. “His face always radiated with love, his constant smile lifted us all. So humble and caring, he loved and respected every Jew, and made everyone feel special. He was always quick to give honor rather than receive, no matter the difference in age or wisdom. So beautiful, so pure, so humble, he was a true tzaddik in every sense of the word! We will continue to pray and elevate his soul.”

On Chanukah 2017, Rav Jamal spoke with Hamodia after a house fire killed Mrs. Aliza Azan and three of her children, a”h. The Azan family often davened at Har Halebanon, and two of the deceased children had learned pizmonim from Rav Jamal at Ateret Torah.

The words Rav Jamal told Hamodia following that tragedy may serve as a lesson during the current pandemic as well.

“This gezeirah wasn’t only on this family; this was for everyone,” Rav Jamal said. “Hashem took karbanot, sending us a message to be mechazek in Torah, yirat Shamayim and ahavat chinam.”

“We don’t know the sodot,” the hidden ways of Hashem, said the Rav, but we may take comfort in the words of Chavakuk HaNavi, as explained by Yalkut Shimoni.

Chavakuk says, “Hashem shamati shimacha yareisi” and “Lamah tareini aven” – the Navi is fearful when he sees the apparent ways of the world, with bad things happening to good people and vice versa. But then we must remember the passuk in Parashas Haazinu, “Hatzur tamim po’alo, ki kol derachav mishpat, Kel emunah v’ein avel, tzaddik v’yashar hu” – All the ways of Hashem are perfect and just.

The Jamal family will hold a private, socially distant levayah. Kevurah will be in Eretz Yisrael.