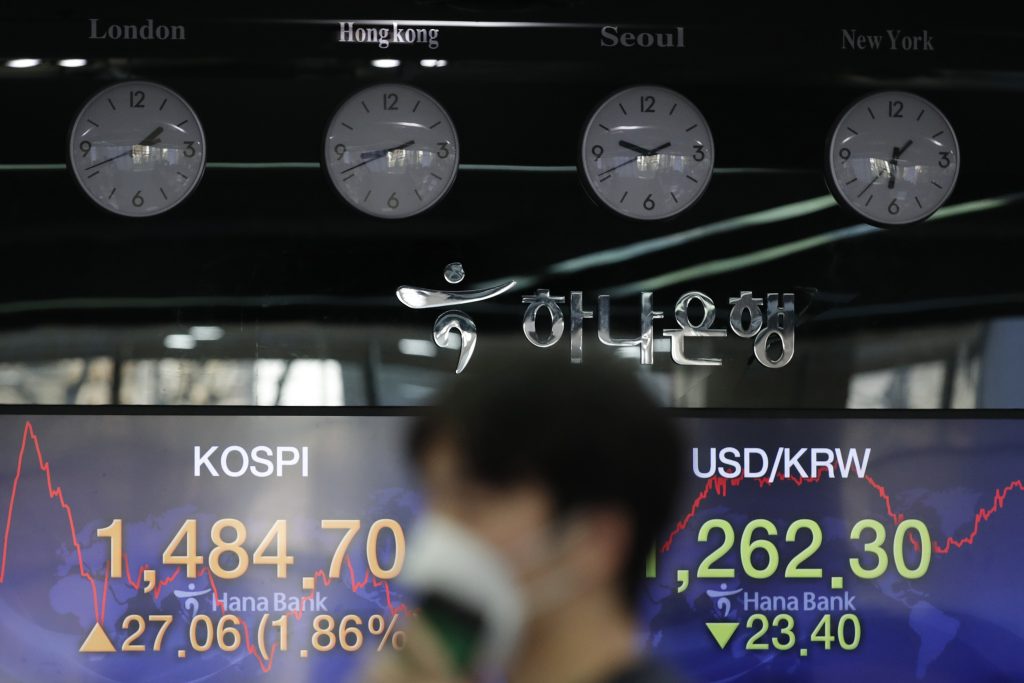 Investors are looking ahead to meetings of U.S. and European central bankers this week for additional measures to reverse the deepest global slump since the 1930s. That comes amid mounting evidence the coronavirus pandemic’s economic damage is even worse than expected.

The Bank of Japan said it will buy an additional 15 trillion yen ($140 billion) of commercial paper and bank loans. That is a “significant increase from the timid 2 trillion yen” in purchases announced in March, said Marcel Thieliant of Capital Economics in a report. The bank also raised its ceiling on purchases of government debt.

Elsewhere, the U.S. Federal Reserve is more likely to announce it will wait to see the impact of earlier stimulus before taking more action, Hayaki Narita of Mizuho Bank said in a report. The European Central Bank “will likely keep its options for easing open.”

Also Monday, China’s government reported profits at major industrial companies shrank 34.9% in March over a year earlier. That was an improvement over the 38.3% decline in January and February, but analysts said a full recovery is a long way off.

This week’s other potentially market-moving events include data from the United States, China, Japan, Germany and France on inflation, trade, industrial activity and retail spending.

Investors appear to be looking past the outbreak to figure out which companies can survive and prosper after conditions improve.

China, where the pandemic began in December, has reopened factories and other businesses after numbers of new cases declined.

Spain plans to start easing restrictions Sunday and Italy on May 4. France will announce its plans next month.

Some governors are lifting shutdown orders despite warnings that could cause a surge in infections. Others, including Gov. Andrew Cuomo of New York, say they want a bigger decline in new cases before rolling back curbs.

“The hope that peak virus is upon us has lifted financial markets modestly in Asia,” said Jeffrey Halley of Oanda in a report. “The hopes that even a partial return to regular economic activity begins, to draw a line under the economic carnage wrought by the pandemic, should see markets such as equities outperform this week.”

That added to grim numbers that are denting investor sentiment, which economists have warned is far too optimistic.

“Investors have written off 2020 as a shocker and are looking more intently into the landscape in 2021,” Chris Weston of Pepperstone said in a report.

They are due to get more indicators how that future might develop when companies including Exxon, Amazon, Microsoft, Boeing and McDonald’s start reporting quarterly results this week.