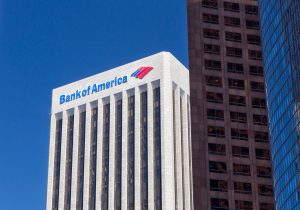 In a series of class-action lawsuits filed in California and New York last week, Bank of America, Wells Fargo, U.S. Bank and JPMorgan Chase were accused of maximizing the fees they were paid to participate in the Paycheck Protection Program at the expense of mom-and-pop-sized small businesses.

The suits allege that the banks submitted larger loans to the Small Business Administration ahead of smaller ones, leading to bigger small businesses getting greater access to PPP funds before the program ran out of funding this month.

Banks are supposed to process the applications first-come, first-served.

A spokesman for Bank of America said the bank disputes the lawsuit and disagrees with the claims. A U.S. Bank spokeswoman said the suit was without merit. Wells Fargo and JPMorgan Chase declined to comment.

The Paycheck Protection Program has been troubled since its start, which was marked with technical glitches and spotty participation.

A business with fewer than 500 workers could get a loan of up to $10 million through the program, backed by $349 billion from the federal stimulus package passed in March. If certain criteria are met, including if the loans are primarily spent on payroll, the loans will be forgiven.

After the initial $349 billion was exhausted, lawmakers agreed Tuesday on a deal that will replenish the program with $320 billion more. So far, in operating the program, banks have collected over $10 billion in fees, according to an analysis from National Public Radio.

The suits are, in part, based on data released by the SBA that showed a trend in the data on PPP loans that were submitted to the agency.

That told Ji-In Lee Houck, the Los Angeles lawyer whose firm, Stalwart Law Group, is behind the suits, that banks prioritized applications of larger businesses to the SBA ahead of those from smaller businesses as the program was running out of cash .

“There’s plenty of evidence so far already that these were not taken in order and larger loans were processed ahead of smaller ones,” she said in an interview.

In Houck’s eyes, the banks’ motivation is clear: if you prioritize larger loans, you make far more on a per transaction basis.

“Banks front-loaded applications for the largest loans,” alleged one of the suits. “Because, if applications were being processed on a first-come, first-served basis as required, the percentage change of applications submitted in the last three days of the program would be consistent among all application types.”

There are other potential explanations for the discrepancy. Larger small businesses could have more advanced or prepared accountants, who knew what forms to submit first, while it could’ve taken small mom-and-pop shops longer to get everything they needed together.

There’s also the matter of how applications were handled.

At JPMorgan Chase, if you were a client of Business Banking, the line of business for its smaller customers, you entered a larger backlog than if you were a client of JPMorgan’s Commercial Banking line of business which services larger clients. Commercial Banking processed all of the PPP loans it received before funding ran dry, according to the bank, while Business Banking did not.

JPMorgan said it didn’t intentionally prioritize certain customers over others.

“It’s the smaller businesses that don’t have the connections to the big banks that are going to get turned away,” said Kristin Walker-Probst, a partner at the law firm Womble Bond Dickinson, before the program ran out of money.

In using banks as the conduit to transfer hundreds of billions of dollars to small businesses, the government delegated much of the lending process to the banks. Once the determination is made that the loan is good, the bank submits it to the SBA.

Some borrowers are finding that even though they submitted their initial application to the bank early, extra documents and processing time at their banks shut them out of the program, at least temporarily.

While the program is “first-come, first-serve,” according to rules put out by the SBA, that’s generally measured by the point at which the borrower has all the needed documents in.

If you were a favored customer of a bank, it could devote extra manpower toward making sure you got all your documents in, effectively moving you up in line.

Even if you applied in the first hours the application was up, like in the case of Melinda Byerley, who runs the marketing business Timeshare CMO, a back-and-forth on documentation could mean your application wasn’t submitted before funds for the program ran out.

Byerley’s San Francisco-based company, which has 15 workers across the country, sent in its application April 3 to Bank of America, the first day the application was open.

After a few days, she’d thought she had submitted everything needed, but then she got a notice she had more documents to submit. She sent those in. On April 17, she got another notice asking for more. By then, the PPP had run out of money.

“I’m stuck,” Byerley said. “I wouldn’t dare risk losing my place in line by pulling my application and going elsewhere. They’ve got me over a barrel.” She hopes to get funded when the program is restocked with funds.

Ultimately, the suits are a reflection of risks of the program, which was a slapdash emergency way to get money to small businesses in the midst of the coronavirus pandemic. Nearly every bank had a different process.

Bank of America had an application ready immediately after the program started, while Citi waited a bit to open its portal. Wells Fargo had an application up early, quickly hit a bank size cap related to the bank’s scandals, closed its application, then reopened it when regulators gave the bank a green light to take applications again.

“The intention of this law is to lean into the risk associated with speed. That speed is the risk,” said Janet Mills, who ran the SBA for President Barack Obama. It was never going to be perfect, she said. With the speed there will likely be some fraud, she said, but if it gets money into the economy, it still served a purpose.

“This is a first come, first serve set at the moment,” Mills said. “If you start putting a whole set of sorting and criteria on it, you’re going to slow up the process and create bias.”