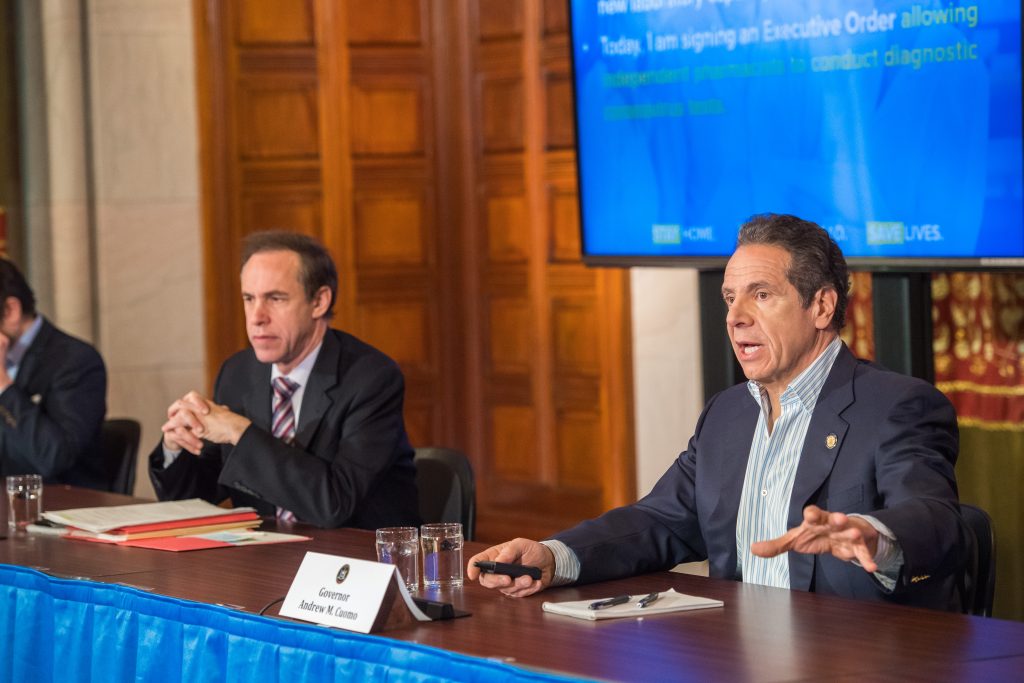 New York’s daily coronavirus death toll dropped to below 400, less than half of the deaths recorded at the height of the coronavirus crisis in the state’s hospitals.

Details on developments in the coronavirus outbreak in New York:

Gov. Andrew Cuomo said the 367 deaths from the coronavirus that he reported Sunday were “horrific,” but the number was less than half the nearly 800 deaths that occurred in a single day during the pandemic’s peak in New York.

It is the first time this month that the statewide daily death toll has been below 400.

He also reported that the number of hospitalizations, which still topped 1,000, and the number of individuals put on a ventilator, had dropped as well.

The deaths recorded Saturday and reported Sunday included 349 patients who died in hospitals and 18 individuals who died in nursing homes, the Democratic governor said.

On Saturday, Gov. Cuomo said there had been 437 deaths on Friday.

New York City Mayor Bill de Blasio said Sunday he hopes to have a roadmap by June 1 on how to rebuild the city after the coronavirus threat subsides.

The mayor, a Democrat, said at a news conference that city leaders he’s invited to help plan the city’s recovery should give him the roadmap by then. He said a full rebuild will take about 20 months.

He also said the latest statistics on people being treated for COVID-19 continued to be stable or declining.

The number of people in the city’s hospital intensive care units had dropped from 785 to 768. De Blasio said the city can’t begin reopening until decreases continue for 10 to 14 days. He said such a fall would signal it was time for the first steps in opening up.

“The health indicators have to give us the all clear,” de Blasio said. “We restart when we have evidence. There’s no on-off switch here. It’s a series of careful, smart moves.” ___

– Home care nurses, aides and attendants — who normally help an estimated 12 million Americans with everything from bathing to IV medications — are now taking on the difficult and potentially dangerous task of caring for coronavirus patients.

– A few states may have found a way to help slow the spread of the coronavirus in nursing homes by converting some of them into “recovery centers” set aside mostly for residents who have left the hospital but still might be contagious or lack immunity.