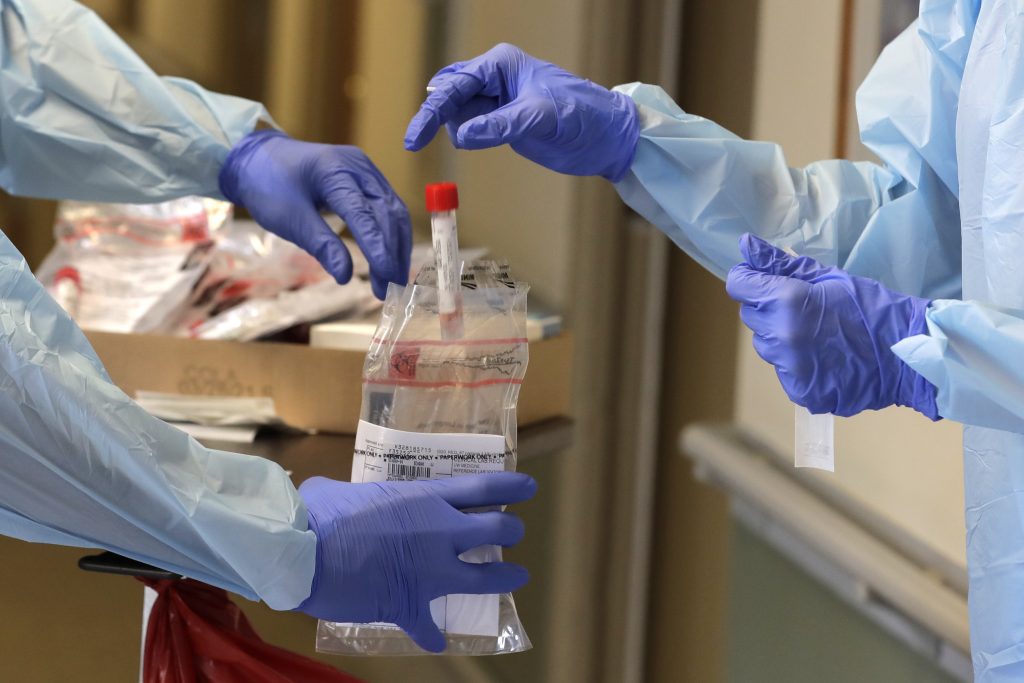 After two months and more than 10,000 deaths that have made the nation’s nursing homes some of the most terrifying places to be in during the coronavirus crisis, most of them still don’t have access to enough tests to help control outbreaks among their frail, elderly residents.

Neither the federal government nor the leader in nursing home deaths, New York, has mandated testing for all residents and staff. An industry group says only about a third of the nation’s 15,000 nursing homes have ready access to tests that can help isolate the sick and stop the spread. And homes that do manage to get a hold of tests often rely on luck and contacts.

“It just shows that the longer that states lapse in universal testing of all residents and staff, we’re going to see these kinds of stories for a very long time,” said Brian Lee of the advocacy group Families for Better Care. “Once it’s in, there’s no stopping it and by the time you’re aware with testing, too many people have it. And bodies keep piling up.”

That became clear in some of the nation’s biggest nursing home outbreaks. After a home in New York City’s Brooklyn borough reported 55 coronavirus deaths last week, its CEO acknowledged it was based entirely on symptoms and educated guesses the dead had COVID-19 because they were unable to actually test any of the residents or staff.

At a nursing home in suburban Richmond, Virginia, that has so far seen 49 deaths, the medical director said testing of all residents was delayed nearly two weeks because of a shortage of testing supplies and bureaucratic requirements. By the time they did, the spread was out of control, with 92 residents positive.

Mark Parkinson, CEO of the American Health Care Association, which represents long-term care facilities, says “only a very small percentage” of residents and staff have been tested because the federal and state governments have not made nursing homes the top priority.

“We feel like we’ve been ignored,” Parkinson said. “Certainly now that the emphasis has gone away from hospitals to where the real battle is taking place in nursing homes, we should be at a priority level one.”

“Those nursing home leaders who have developed good relationships with their local hospitals and health departments seem to have better luck,” said Laxton, whose organization represents more than 50,000 long-term care professionals. “Those that are not at the table must fend for themselves.”

Public health officials have long argued that current measures like temperature checks aren’t sufficient. They can’t stop workers with the virus who aren’t showing signs from walking in the front door, and they don’t catch such asymptomatic carriers among residents either. What is needed is rigorous and frequent testing — “sentinel surveillance,” White House virus chief Deborah Birx calls it — to find these hidden carriers, isolate them and stop the spread.

The U.S. is currently testing roughly 150,000 people daily, for a total of 4.5 million results reported, according to data compiled by the COVID Tracking Project. Public health experts say that needs to be much higher. “We need likely millions of tests a day,” said Dr. Ashish Jha, director of the Harvard Global Health Institute.

The federal Health & Human Services Department told The Associated Press that,” There are plenty of tests and capability for all” priority categories and that all should be tested. The agency also noted one of President Donald Trump’s briefings this week in which he underscored the states’ role in coordinating testing.

Only one governor, West Virginia’s Jim Justice, appears to be mandating testing for all nursing homes without conditions. Detroit Mayor Mike Duggan ordered tests at all 26 nursing homes in the city, using new kits that can spew out results in 15 minutes. Massachusetts abruptly halted a program to send test kits directly to nursing homes this week after 4,000 of them turned out to be faulty. New Hampshire teamed with an urgent-care company to test care workers. Several states, including Colorado, Florida, Maryland, Tennessee and Wisconsin, have dispatched National Guard testing strike teams.

While the federal government promised this week to start tracking and publicly releasing nursing home infections and deaths, which could help identify hotspots, that work was only beginning. In the meantime, The AP’s own tally from state health departments and media reports put the count at 10,217 deaths from outbreaks in nursing homes and long-term care facilities nationwide. About a third of those are in New York.

New York Gov. Andrew Cuomo, who has described COVID-19 in nursing homes as “fire through dry grass,” said he would ideally like to see any resident, staffer or visitor seeking to enter a nursing home take a rapid test that would come back in 20 minutes. But, he said, “that’s millions of tests.”

Dr. Roy Goldberg, medical director of a nursing home in New York City’s Bronx borough that this past week reported 45 deaths, said his facility still can’t test asymptomatic patients because of shortages that have limited testing to those showing fever or a cough.

“This isn’t what anyone signed up for,” Goldberg said. “It just breaks my heart that the long-term care industry is going to end up being totally scapegoated on this.”

Amid the tragedies have emerged hopeful cases in which early and aggressive testing has made huge difference.

After the first of two deaths at a Sheboygan, Wisconsin, nursing home, and other residents and staffers started falling ill, administrator Colinda Nappa got on the phone and pleaded with state officials: “I got to know what is going on.”

In all, 19 residents and staffers tested positive and all are either now housed in a special section of the building or quarantined at home. There have been no more deaths.

In the Seattle area, which had the nation’s first major nursing home outbreak that eventually claimed 43 lives, health officials are targeting their testing efforts on homes that have shown little sign of the disease.

Their plans for testing at 19 such facilities are aimed at trying to head off hotspots by quickly identifying and containing cases. In conjunction with ramped-up capacity for tracing contacts of patients, it’s considered an important prerequisite to reopening the economy.

This past week, medical professionals led by the University of Washington’s Dr. Thuan Ong went room by room through a nursing home in a highly orchestrated ballet of swabbing and bagging. In all, 115 residents were tested and results came back the next day as all negative — a development that drew cheers from the facility’s staff.

“One of the greatest values,” Ong said, “is to catch it before it spreads.”