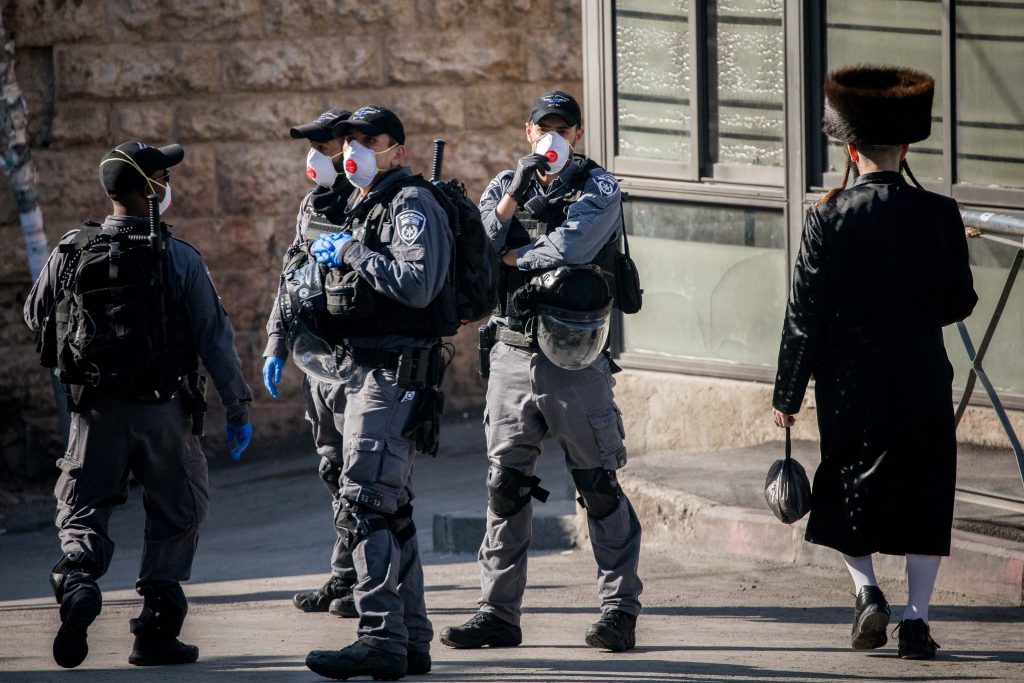 Two Border Police officers were interrogated Thursday by the Police Investigations Department and released under restrictive conditions, on suspicion of attacking a man in Yerushalayim’s Meah Shearim earlier this month.

During an operation to enforce emergency regulations to protect against the coronavirus pandemic, police officers saw Dov Frankel, a Toldos Aharon Chassid and a senior lawyer, and hurled him into the road.

“It is suspected,” according to Suspension Plaintiff, “during a disturbance in the neighborhood, the police unjustly pushed a man as he was walking down the street. He fell on the pavement and was badly hurt. ”

The Police Investigation Department added that “the police officers were released under restrictive conditions at the end of the investigation, and will continue in the coming days.”