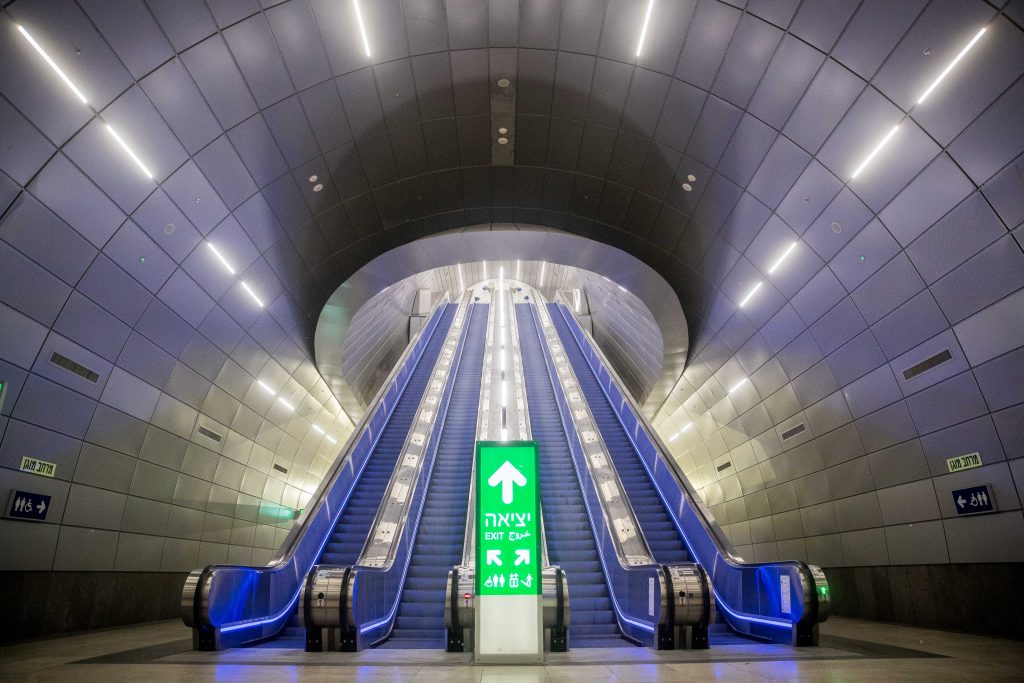 Roadwork is booming in Israel as construction crews take advantage of empty roads and railways in the time of coronavirus to upgrade the developed world’s most congested highways.

Many countries have debated whether to keep up construction amid fears of spreading the infection, but Israel, spotting a chance early on in its battle with the outbreak, took the risk and kept laborers deployed with masks and social distancing.

The government injected over NIS 1 billion ($280 million) into the impromptu campaign and for nearly two months companies have been cramming in the work while the rest of the country is stuck at home. One recruitment campaign is referred to as “Opportunity in the Crisis.”

The push to finish projects quickly should have an immense, long-term impact on the economy.

Traffic density in Israel is three times the average among the 36 industrialized countries of the OECD. Commuters lose on average an hour a day in traffic congestion, a hit to productivity that costs about $5 billion a year.

Since increasingly stringent coronavirus restrictions began in February, traffic has dropped about 85%, according to Israel’s national roads company. On the eve of the Passover holiday, one of the busiest times of year, Israel was under lockdown and traffic was just 1% of the usual level.

Some of the biggest and most crucial projects, like the final stretch of a new fast train between Tel Aviv and Yerushalayim or the expansion of a highway in central Israel, will be finished six months to a year ahead of schedule because building was accelerated.

A main street where part of Tel Aviv’s new subway is being built will be closed for 10 days rather than five weeks.

If there aren’t enough workers, companies have a green light to hire as many as necessary, one official told Reuters, a rare phenomenon since unemployment has soared to 26% in the crisis.

If they lack equipment they are told to improvise. Railroad workers who needed to erect electric poles in a remote area dismantled a cement mixer and attached it to a train car to bring it up the line.

The government, seeing a silver lining to the high unemployment, hopes to recruit more bus drivers than ever to help an ailing public transportation system

Yaakov Blitshtein, acting director general of the Transportation Ministry, said there was no limit on manpower.

It is still too early to estimate what the payoff of the infrastructure push will be, Blitshtein said, but he was confident it would have “serious economic significance.”

Israel’s death toll from the coronavirus is lower than many countries — 191 people have died — and it’s already easing some restrictions to jumpstart the economy.

Crews will have to scale back as commuters re-emerge.

“But for as long as it’s possible to accelerate, we will accelerate,” Blitshtein said.