Israel EU to Israel on Annexation: We’re Watching You
Israel 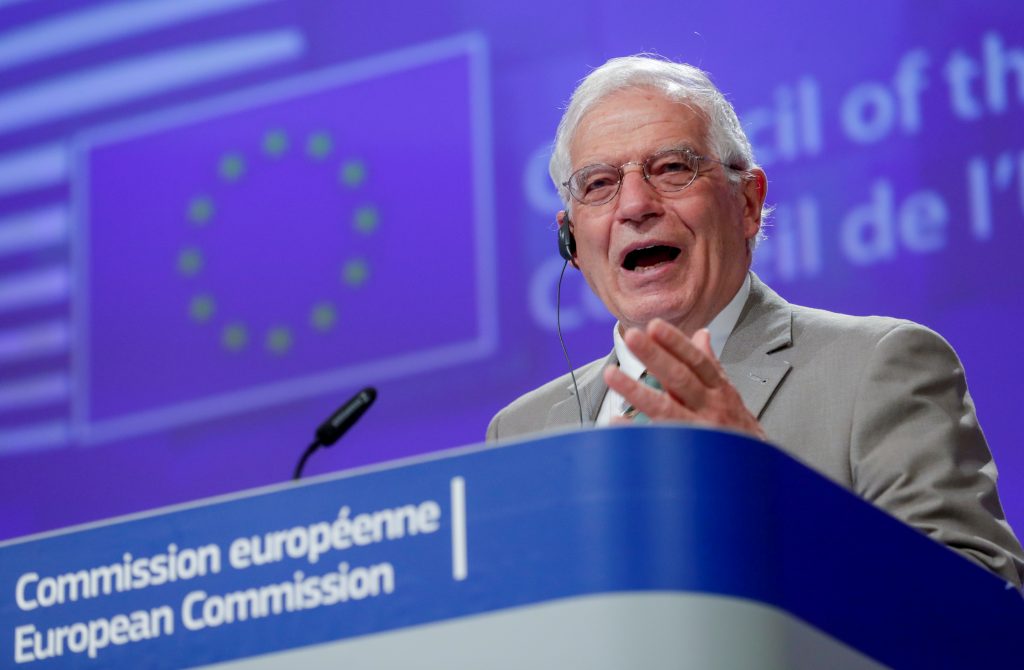 The statement came in response to the new Israeli government agreement, which provides for advancing the extension of sovereignty in the region.

EU foreign affairs chief Josep Borrell said: “The European Union takes note of the political agreement that could pave the way for the formation of a Government in Israel. The European Union is willing to closely cooperate with the new Government on fighting the coronavirus.”

But, he pointed out, politics is another matter: “The European Union reiterates that any annexation would constitute a serious violation of international law. The European Union will continue to closely monitor the situation and its broader implications, and will act accordingly.”

Israel’s Foreign Ministry rebuffed the EU warning on Thursday, noting that Borrell did not have the full backing of the organization’s members:

“It is sad to read that Josep Borrell, someone who is supposed to be in charge of the European Union’s foreign relations, has chosen to promote the image of the new government of a central partner of the Union in such a way, and prefers to see the relations between Israel and the European Union through the prism of the [coronavirus] pandemic and the ‘status of the territories’.”

“Given the depth of this relationship, and in light of the fact that this message did not receive the backing of Union member states yesterday, we wonder what policies [Borrell] is choosing to represent – and not for the first time.”

Foreign Minister Yisrael Katz added: “I thank our friends in Europe who opposed Borrell’s statement, and prevented the adoption of the text in the name of the EU. These states recognize the importance of relations with Israel, and we will continue to develop the relationship between Israel and Europe together.”