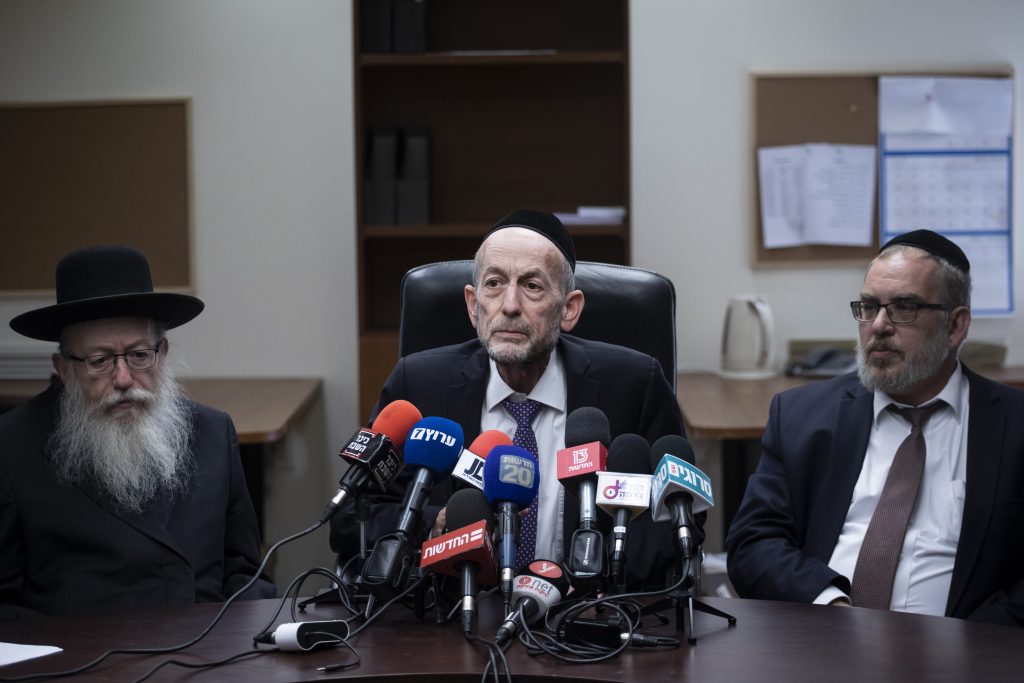 United Torah Judaism (UTJ) and the Labor party signed the coalition agreement on Wednesday night, according to media reports.

The “negotiations” broke all records for speed — all wrapped up in seven minutes — according to Channel 12.

Sources in UTJ were quoted explaining that there was no need for a long meeting as the Likud met their demands, which included the Health Ministry and Knesset Finance Committee chairmanship, as well as two deputy minister positions and another Knesset committee chair.

Also on Wednesday, Labor signed on. Its chairman, Amir Peretz, will reportedly be appointed Finance Minister and will coordinate with Blue and White on parliamentary matters and policy issues, Ynet reported.

The Labor decision must still be approved by the party’s central committee.