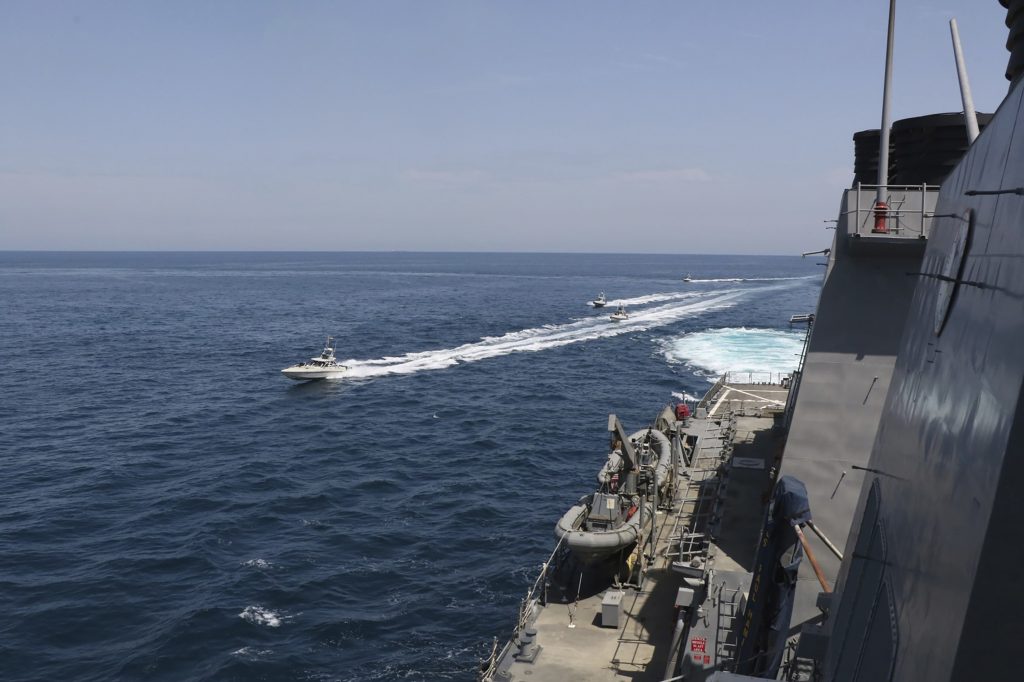 President Donald Trump said on Wednesday he had instructed the Navy to fire on any Iranian ships that harass it at sea, a week after 11 vessels from Iran‘s Islamic Revolutionary Guard Corps Navy (IRGCN) came dangerously close to U.S. ships in the Gulf.

Close interactions with Iranian military vessels were not uncommon in 2016 and 2017. On several occasions, Navy ships fired warning shots at Iranian vessels when they got too close.

While the Navy has the authority to act in self-defense, Trump‘s comments appeared to go further and are likely to stoke tensions between Iran and the United States.

“I have instructed the United States Navy to shoot down and destroy any and all Iranian gunboats if they harass our ships at sea,” Trump wrote in a tweet, hours after Iran‘s Revolutionary Guards Corps said it had launched the country’s first military satellite into orbit.

Earlier this month, the U.S. military said eleven vessels from the IRGCN came dangerously close to U.S. Navy and Coast Guard ships in the Gulf, calling the moves “dangerous and provocative.”

At one point, the Iranian vessels came within 10 yards of the U.S. Coast Guard cutter Maui.

While such interactions at sea had occurred occasionally a few years ago, they had stopped recently.

Iran retaliated on Jan. 8 with a rocket attack on Iraq’s Ain al-Asad base where U.S. forces were stationed. No U.S. troops were killed or faced immediate bodily injury, but more than 100 were later diagnosed with traumatic brain injury.