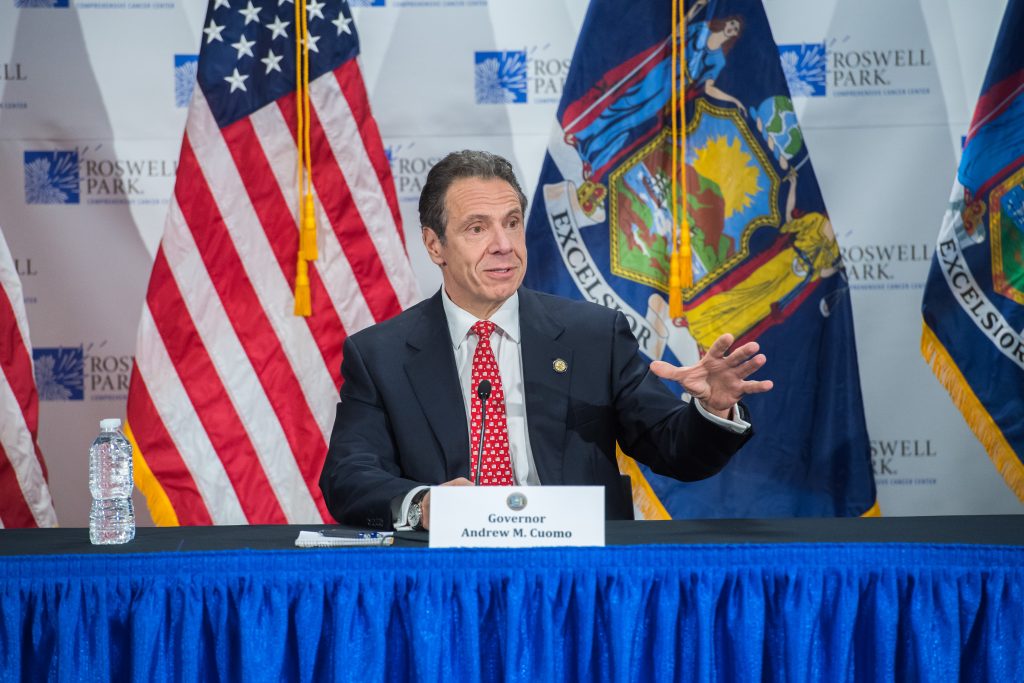 Gov. Andrew Cuomo walked back his commitment to keep all of New York shuttered amid the coronavirus crisis and embraced a regional approach to reopening the state’s economy.

A day after warning against a piecemeal approach, the governor admitted that he’s open to allowing parts of upstate to lift restrictions based on a “data-driven” approach that takes the number of coronavirus cases, hospitalization rate and other factors into account.

“North Country has a totally different situation than New York City. Central New York has a different situation,” Cuomo said during a press briefing in Buffalo. “We operate as one state but we also have to understand variations, and you do want to get this economy open as soon as possible.”

The regional reopening will begin with allowing elective outpatient surgeries to resume at certain upstate medical centers next week.

“We’re going to allow it in those hospitals and counties in the state that do not have a COVID issue or we couldn’t need their beds in case of a surge,” Cuomo said.

If the hospital capacity is over 25% for the county and if there have been fewer than 10 new hospitalizations of COVID-19 patients in the county over the past 10 days, then elective outpatient treatments can resume.

The policy excludes hospitals in Westchester, Rockland, Erie, Albany and Dutchess Counties, as well as New York City, where there still is “a real COVID problem,” the governor added.

On Monday, the governor shot down the idea of lifting strict stay-at-home orders and allowing businesses in certain parts of the state to reopen. He argued it would be logistically impossible to stop people in areas with high infection rates from flocking to reopened regions.

The hard-line stance prompted small protests across the state, with a few hundred people driving around downtown Buffalo on Monday with signs condemning the shutdown and a similar demonstration planned for Albany on Wednesday. Upstate elected officials had also called on Cuomo to rethink his one-size-fits-all approach.

The governor, who recently forged a partnership with six other northeast states to plot a coordinated economic reopening, appears to have had a change of heart.

“When you say New York, people think New York City. Yeah, one of the densest places on the globe,” he said Tuesday. “You also have upstate New York where, in some counties, you have more cows than people.”

New York will base its regional approach on the 10 economic zones that divvy up the state and the governor said a “regional template” will be used to track infection rates, hospitalizations and bed capacity, as well as other data, including determining whether an area has reached an apex or plateau of cases.