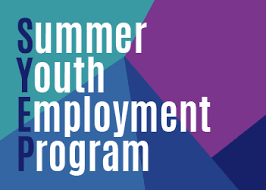 In response to a recent decision by the NYC Department of Youth and Community Development (DYCD) Commissioner Bill Chong to cancel this summer’s Summer Youth Employment Programs (SYEP) due to the ongoing coronavirus crisis, NYS Senator Simcha Felder joined the call of other State Senators and Assembly Members in asking Mayor de Blasio to reverse the decision.

“The City has had to make some tough choices about whether programs should remain open or closed or be modified to ensure the health and safety of New Yorkers,” wrote DYCD Commissioner Chong in an email to SYEP providers in the beginning of April. “Out of an abundance of caution for our young people, providers and worksites, we have made the very difficult decision not to operate the Summer Youth Employment Program this year.

“We all understand the health and safety concerns,” Senator Felder explained. “We are, however, deeply concerned by the complete lack of alternate planning or modified programming being presented for thousands of NYC teens.”

In an April 17 letter to the mayor, Assemblyman Andrew Hevesi, Assemblywoman Ellen Jaffee, Senator Roxanne J. Persaud and Senator Velmanette Montgomery, along with 32 other Assembly Members and 13 Senators conveyed their objection to the decision for terminating the program.

“State legislators work every year to make SYEP a priority and ensure that these funds are included in the budget,” they wrote. “Keeping SYEP funded at last year’s level was particularly difficult during this budget as we were dealing with a rapidly growing deficit which left us unable to restore numerous programs to prior year levels. We are disappointed that the City, in making the decision to eliminate the program, would put those dollars in jeopardy, particularly when our lowest-income constituents rely on them to keep households afloat in regular years, let alone today due to the pandemic, when unemployment numbers are expected to reach 500,000 in New York City alone.”

“We are all dealing with a lot of uncertainty right now, but we all agree that what we need right now is resourcefulness, optimism and the best use of limited funds. For me, that always means investing in our children,” Senator Felder wrote in his April 20 letter. “Why would the city choose this time to force non-profits to lay-off staff adding to the unemployment rolls rather than allowing them to do what they do best and move forward with planning alternative ways to help people through this unprecedented challenge? This decision was short sighted and I hope that the administration will correct it immediately,” Senator Felder said.

The SYEP allows youth to work at approved sites around the city, and provides them with a supervised and constructive atmosphere in which to develop their skills and good work habits during the summer school break. Many involved in the community have wonder the effect the cancellation will have on these youth who will have been out of school for many months, and are not anticipated to return to school until the fall.