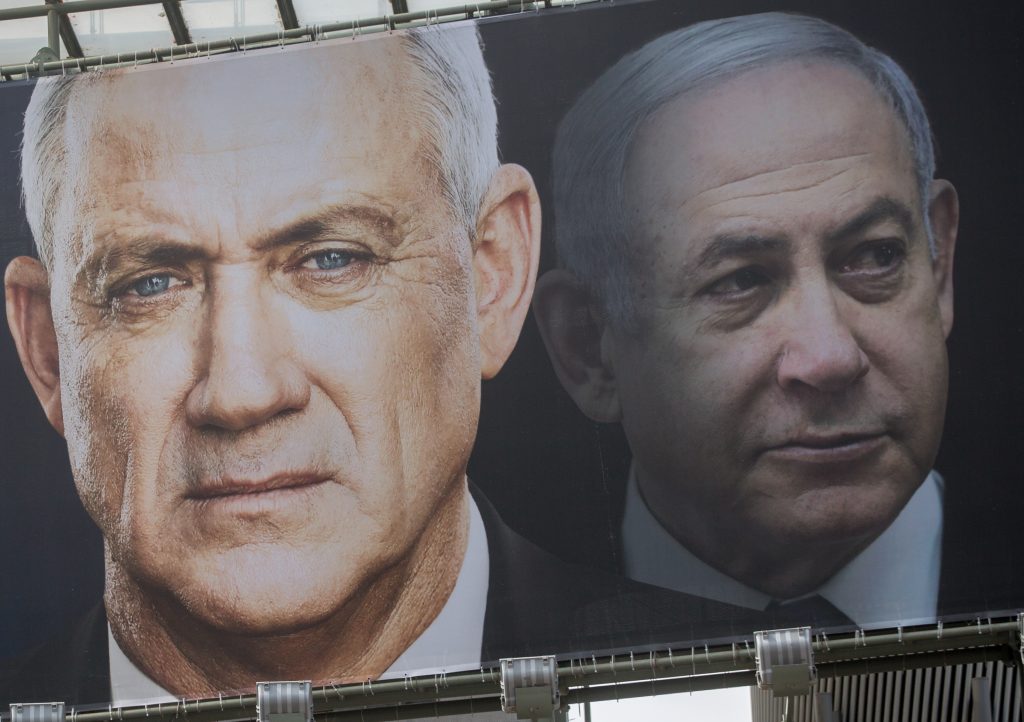 A meeting between Prime Minister Binyamin Netanyahu and Blue and White head Benny Gantz Monday morning ended without resolution, sources in both parties said. Netanyahu had invited Gantz to his official residence Monday to close off some of the last items in the coalition agreement that would see Netanyahu remain on as Prime Minister in a rotation agreement with Gantz.

Media reports said that Gantz left the meeting “abruptly,” and that one of the major issues that has prevented the completion of an agreement – the composition and role of the committee that chooses High Court judges – remains unresolved. Gantz and Netanyahu spoke for about two hours, with the latter leaving for the Knesset, which begins its spring session Monday.

Negotiating teams for both parties have met several times since the end of Pesach, and statements from both parties indicate that an agreement is close. However, there are several issues that Blue and White is insisting on, such as ensuring that the role of the judge selection committee does not change – while another of the Likud’s potential coalition partner, Yemina, has said that it would not enter the coalition unless those changes were made. Netanyahu has been trying mollify both sides, so far unsuccessfully.

Blue and White, meanwhile, has threatened to present in the Knesset a law that would require a Prime Minister who has been indicted to resign his post – a major change to the Basic Law on elections, which currently requires a resignation only if the Prime Minister is convicted of a crime. Blue and White MKs dissatisfied with the negotiations have been pushing Gantz to propose the law, while the Likud has said that if he does so, that would be the end of any negotiation.

Analysts for Yediot Achronot said over the weekend that although there are technically 61 MKs in the opposition right now, the law would be unlikely to pass – because the party of Gantz’s former partner, Yair Lapid, would likely abstain in the vote. Sources in the party told the paper that passing such a law would guarantee another election, and that Yesh Atid preferred to wait for that, in order to shore up its base and ensure that Lapid would be able to build the coalition he needs to win an election.