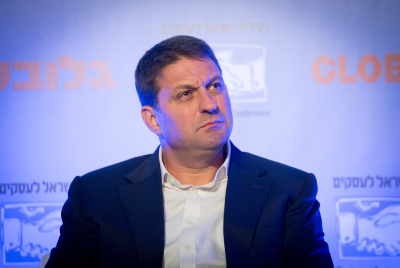 Office work has restarted in Israel, at least partially, but the question of whether workers will be able to show up for their jobs remains open – especially because students remain home from school. Modiin Mayor and head of the local authority group of mayors Chaim Bibas said Sunday that allowing workers to return to work without making provisions for returning students to class “is ridiculous. Any intelligent person will realize that parents cannot work unless their children are in school.”

For the past month, offices have largely been closed, but under the rules announced Sunday, companies can now reopen, although only 10 employees can be in the office at one time. Companies will be responsible for ensuring that those who come to work are healthy, and will required to take the temperature of anyone coming into the office. Workers will also have to sign releases stating that they are healthy. No more than eight individuals can be in a single room at one time, and they should be wearing face masks when possible, as well, according to the new rules.

Special Education classes resumed on Sunday in a limited format, with three children attending class at the same time – but no plan has yet been developed for the return of students in the general education system. Bibas conferred with other mayors over the weekend, all of whom reiterated his concerns over the difficulties of restarting the economy without restarting classes.

“There are no real solutions for parents right now, and the ones that have been presented, like online classes, are just a band-aid,” Bibas said in a statement. “The government must find a way to return young children to school, from kindergarten through third grade at least. This is an integral part of the ‘return to normal.’ Without this, the economy will not be able to operate fully, or even partially.”