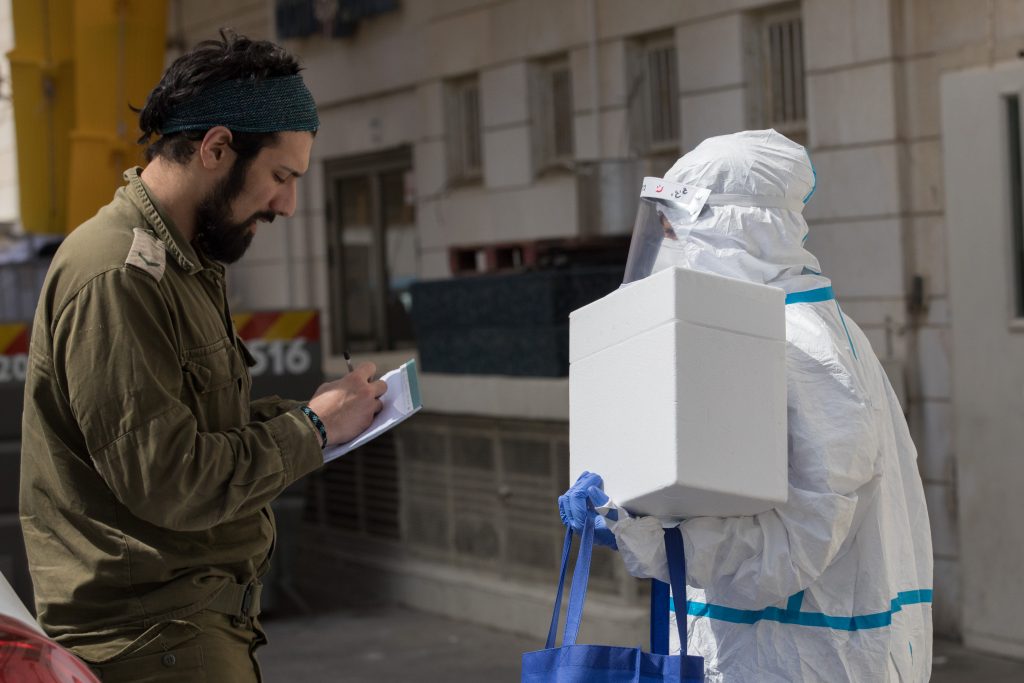 Around 150 engineers in the armed forces worked over the course of four weeks on the technology, which the military has patented, said Major S., who headed the project within the military’s intelligence technology unit.

The military can produce 100 of the retrofitted respirators per day and plans to deliver 1,000 to the Israeli Health Ministry, he added. For security reasons, the military did not release the officer’s full name.

A first batch of 100 will go to Sheba Medical Center, near Tel Aviv.

Invasive ventilators – which use a tube to transmit air directly into the lungs, usually via the mouth – are crucial for people with lung failure, a common complication suffered by patients with severe cases of the coronavirus.

Less severe cases are often treated with non-invasive machines, which typically rely on face masks fitted over the nose and mouth. They are generally more powerful than home respirators.

The new devices can serve more than one patient at a time and be linked up to a central system so that doctors can monitor patients’ lung pressure and other vital signs, said Dr. Amit Zabtani of Sheba Medical Center, which partnered in the project.

“It doesn’t give all the different kind of ventilation methods (typically found in machines), but it’s enough to give support … that corona patients need in the hospital,” Zabtani added.

The retrofitted ventilators have been tested in a simulated environment but not yet on patients.