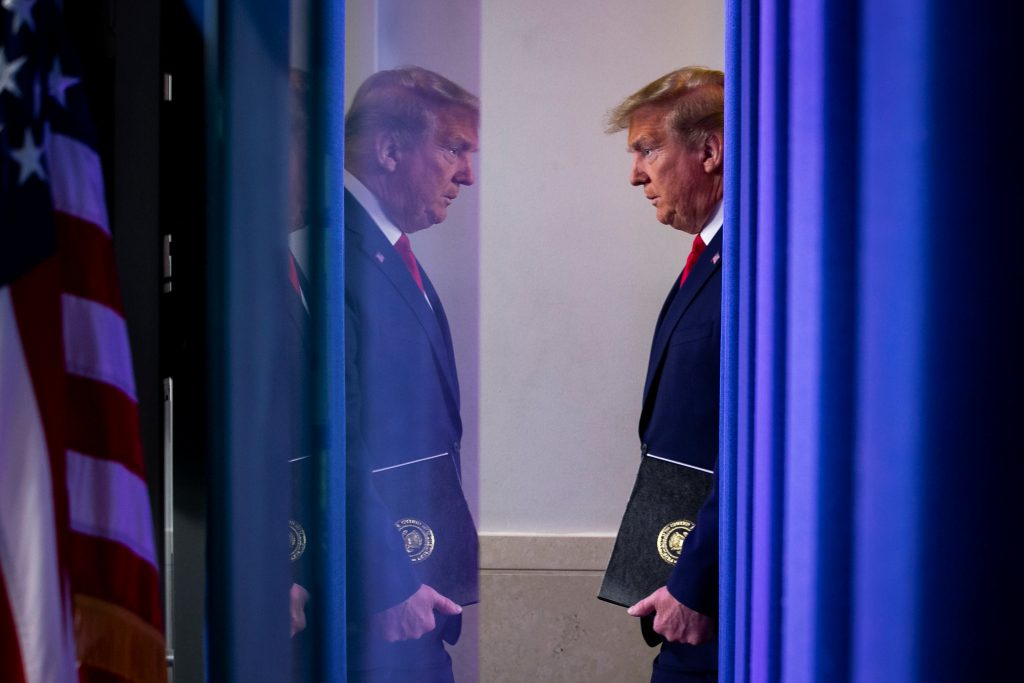 President Donald Trump warned China on Saturday that it should face consequences if it was “knowingly responsible” for the coronavirus pandemic, as he ratcheted up criticism of Beijing over its handling of the outbreak. “It could have been stopped in China before it started and it wasn’t, and the whole world is suffering because of it,” Trump told a daily White House briefing.

It was the latest U.S. volley in a war of words between the world’s two biggest economies, showing increased strains in relations at a time when experts say an unprecedented level of cooperation is needed to deal with the coronavirus crisis.

“If it was a mistake, a mistake is a mistake. But if they were knowingly responsible, yeah, I mean, then sure there should be consequences,” Trump said. He did not elaborate on what actions the United States might take.

Trump and senior aides have accused China of a lack of transparency after the coronavirus broke out late last year in its city of Wuhan. This week he suspended aid to the World Health Organization accusing it of being “China-centric.”

Washington and Beijing have repeatedly sparred in public over the virus. Trump initially lavished praise on China and his counterpart Xi Jinping for their response. But he and other senior officials have also referred to it as the “Chinese virus” and in recent days have ramped up their rhetoric.

They have also angrily rejected earlier attempts by some Chinese officials to blame the origin of the virus on the U.S. military.

At the same time, however, White House officials are mindful of the potential backlash if tensions get too heated. The United States is heavily reliant on China for personal protection equipment desperately needed by American medical workers, and Trump also wants to keep a hard-won trade deal on track.

Trump said that until recently the U.S.-China relationship had been good, citing a multi-billion agricultural agreement aimed at defusing a bitter trade war. “But then all of a sudden you hear about this,” he said.

He said the Chinese were “embarrassed” and the question now was whether what happened with the coronavirus was “a mistake that got out of control, or was it done deliberately?”

“There’s a big difference between those two,” he said.

Trump also raised questions about a Wuhan virology laboratory that Fox News this week reported had likely developed the coronavirus as part of China’s effort to demonstrate its capacity to identify and combat viruses. Trump has said his government is seeking to determine whether the virus emanated from a Chinese lab.

As far back as February, the Chinese state-backed Wuhan Institute of Virology dismissed rumors that the virus may have been artificially synthesized at one of its labs or perhaps escaped from such a facility.

Wandering off the topic of the coronavirus, Trump also used the White House briefing to take a swipe at presumed Democratic presidential nominee Joe Biden and his long record on China as a senator and former vice president.

While stressing his own confrontational trade policies toward China, Trump, using his nickname “Sleepy Joe” for his rival, said if Biden wins the White House that China and other countries “will take our country.”

Trump also again cast doubt on China’s death toll, which was revised up on Friday. China said 1,300 people who died of the coronavirus in Wuhan – half the total – were not counted, but dismissed allegations of a cover-up.

The United States has by far the world’s largest number of confirmed coronavirus cases, with more than 720,000 infections and over 37,000 deaths.

Showing on a chart that China’s death rate per 100,000 people was far below major European countries and the United States, she called China’s numbers “unrealistic” and said it had a “moral obligation” to provide credible information.