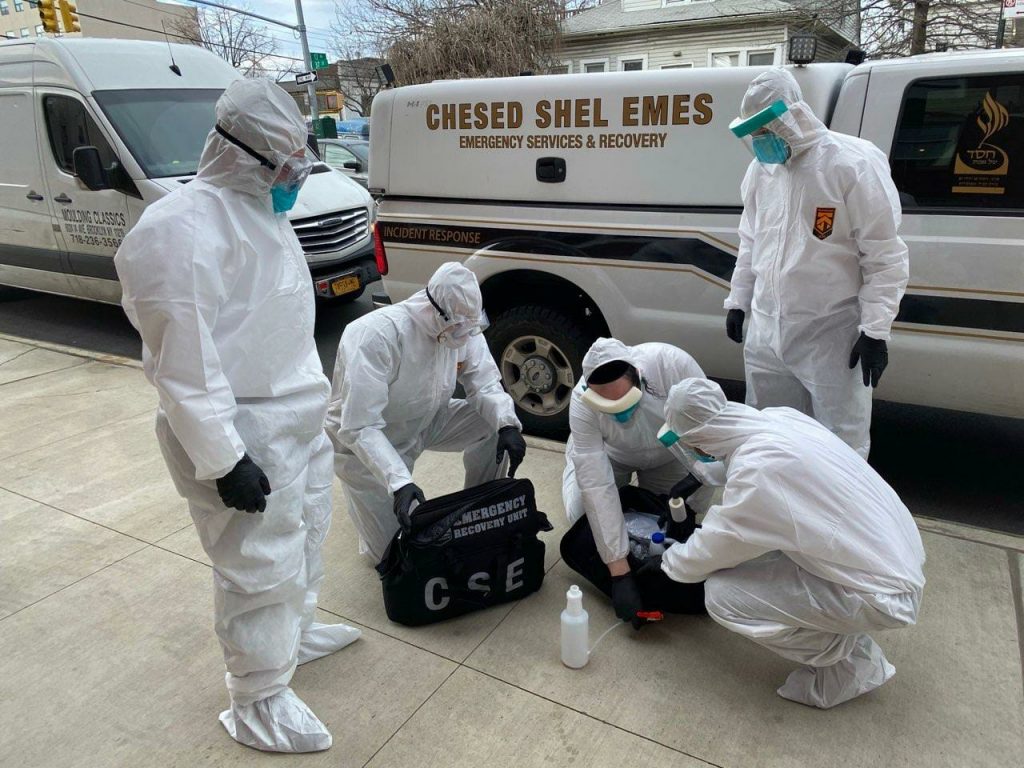 New York state has instituted changes to speed up the release of corpses, following appeals from Jewish and Muslim groups.

New York City has had over 10,000 deaths attributed to the coronavirus, with thousands more across the state. The backlog of bodies has overwhelmed hospital morgues and funeral homes, complicating religious laws mandating speedy burials. Early this month, several religious organizations, including Chesed Shel Emes, Misaskim, and Jewish and Muslim funeral directors, appealed to Councilman Chaim Deutsch, who set up a conference call with the city’s health department and medical examiner.

The city officials relayed the religious organizations’ concerns to the state health department, and on Tuesday, Chol Hamoed, the state issued new guidelines to speed release of bodies.

The new guidelines released Tuesday permit licensed undertakers from anywhere in the United States to serve in New York, and also permit undertakers to have authorized deputies – which may include certain funeral home employees or a mortuary science student – to sign for the body transfers.

Also, the city had previously had a 60-minute “hold time” from the filing of paperwork until the issuing of a burial permit; this has now been reduced to 30 minutes.

People who had participated in the conference call and spoke to Hamodia on Friday said they are pleased with the changes.

“The Department of Health has been actively engaged with us, working overtime to ensure dignity for the deceased and the impacted family,” said Councilman Deutsch. “This is a deeply painful time for New York and the rest of the world, and may G-d bring a swift end to this pandemic.”

“The horror we’ve experienced in the past few weeks is unimaginable,” said Shloime Feldman, Human Resources Director at Chesed Shel Emes. “The new guidelines will allow Chesed Shel Emes to do our avodas hakodesh more properly, by ensuring a greater kavod hameis. We hope and daven that we may know of no more tragedy.”

Feldman estimates that Chesed Shel Emes has performed 700 taharos in New York state during the Covid-19 pandemic. And the work won’t be over even after the virus is gone: many bodies were buried al tnai to be transferred to Eretz Yisrael.

The new guidelines are only set to last as long as Gov. Andrew Cuomo’s executive order declaring a state of emergency. But Rabbi Yanky Meyer of Misaskim said, “It might work so well for us, maybe they will institute them permanently.”