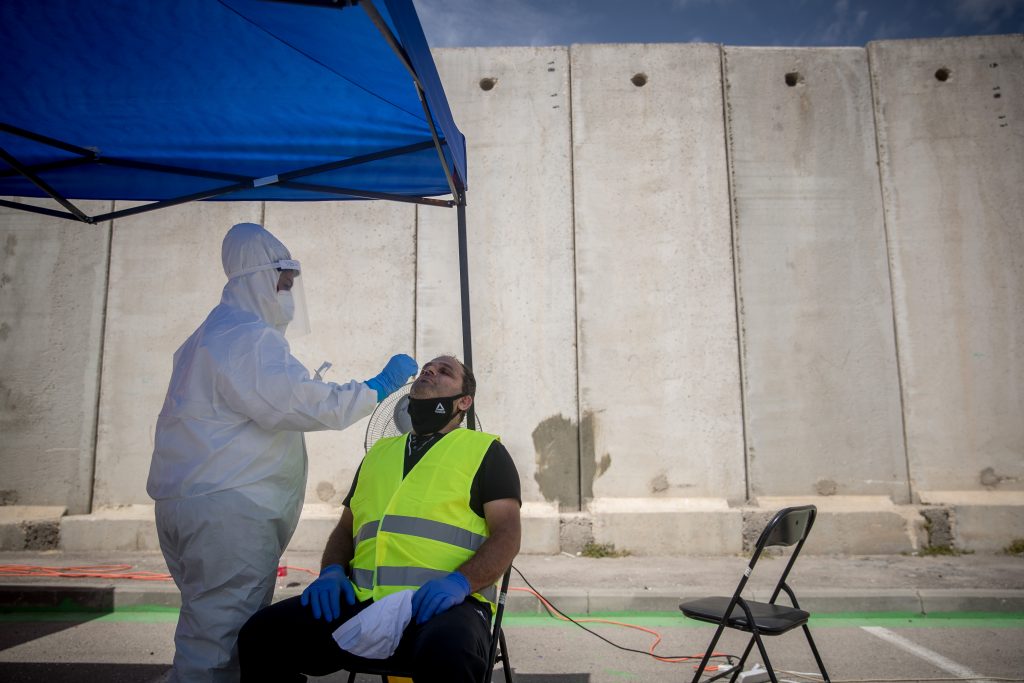 The ministerial committee formulating Israel’s response to the coronavirus outbreak on Thursday afternoon approved a decision to relax restrictions in Bnei Brak, while adding several neighborhoods in Yerushalayim to the closure in the city, until Sunday.

The Shmuel HaNavi neighborhood joined the list of closed down areas, as well as the Sanhedria, Beit Yisrael, Arzei Habirah, Hachomah Hashlishit and Maalot Dafna neighborhoods.

The decision to ease the closure around Bnei Brak allows private cars to enter and leave the city but not public transportation. The city also promised to evacuate 700 residents sick with the virus to designated quarantine hotels by Monday in order to reduce the rate of the spread of the infection.

The industrial zone in the north of Bnei Brak was exempted from the continued closure measures due to a relatively low rate of infection there.

The move came despite multiple reports earlier in the day that said the lockdown would be removed in both Bnei Brak and in the Yerushalayim neighborhoods.

Finance Minister Moshe Kahlon opposed that plan, as he claimed it would harm the chance to reopen the economy, with Defense Minister Naftali Bennett backing his stance and the eventual decision being approved by the Health Ministry.

Bnei Brak’s deputy mayor Rabbi Gedalyahu Ben-Shimon (Shas), slammed the decision to continue the lockdown, saying the lockdown had “utterly failed” and claiming the re-installation of the checkpoints was “only to appease anti-chareidi elements.”

“We call on the ministers not to give in to cheap populism but carry out real steps to evacuate the sick from the city,” he said in a statement.

Two weeks ago Bnei Brak was placed under a lockdown, with residents only allowed to leave municipal boundaries to work in essential industries or to receive medical care. Several chareidi neighborhoods in Yerushalayim were put under lockdown on Sunday.

Kan public broadcaster reported Thursday that several Arab neighborhoods in East Yerushalayim were likely to be placed under lockdown next, following an increase in infection rates. According to the report, Silwan and Ras al-Amud were among the neighborhoods facing closures.