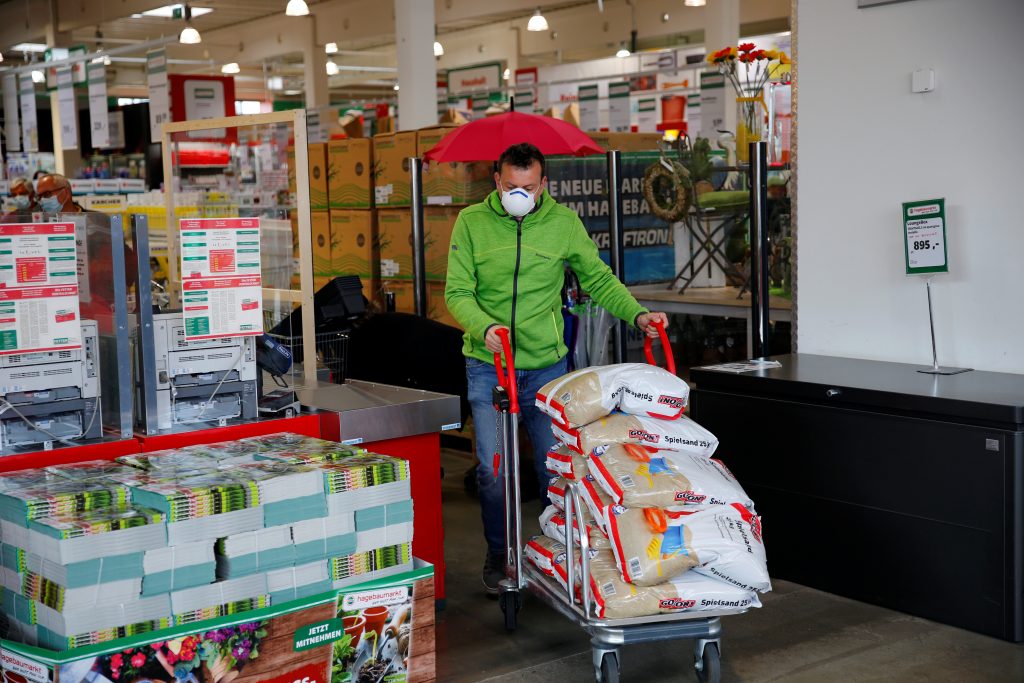 Thousands of stores across Austria will reopen on Tuesday as it becomes one of the first countries in Europe to loosen its coronavirus lockdown, but the government is still telling the nation it is “not out of the woods” yet.

Austria acted early in its outbreak to close schools, restaurants, non-essential shops and other gathering places roughly four weeks ago. It has told the public to stay home and work from there if possible.

It has fared relatively well so far, having reported 368 deaths in total, fewer than some larger European countries have been suffering each day. The daily increase in confirmed cases is in low single digits in percentage terms and hospitalizations have stabilized.

“Economically, too, we want to come out of this crisis as quickly as possible and fight for every job in Austria,” Chancellor Sebastian Kurz, a conservative governing with the Greens, said in an open letter to the country on Saturday.

Last week, he outlined a step-by-step plan to reopen parts of the economy, starting with shops of up to 400 square meters (4,300 square feet), as well as all home-improvement and garden centers on Tuesday.

They are due to be followed by shopping centers, larger shops and hairdressers from May 1. Restaurants and hotels could reopen progressively from mid-May, Kurz has said.

It remains unclear whether, even with limits on the number of people allowed inside shops and a requirement for all shoppers to wear face masks, Kurz is sending a mixed message about the lockdown, which is in place until the end of April.

“I am simply 100% certain that we did the right thing and are doing the right thing,” Kurz said in an interview with newspaper Kurier published on Saturday.

The same day, he told national broadcaster ORF: “We are not out of the woods. The danger is still among us,” urging the public to keep self-isolating and implement social distancing.

Other Western European countries are loosening their lockdowns, albeit differently. On Monday, Spain allowed some activities, including construction and manufacturing, to restart. Denmark is reopening daycare centers and schools for children from first to fifth grades on Wednesday.