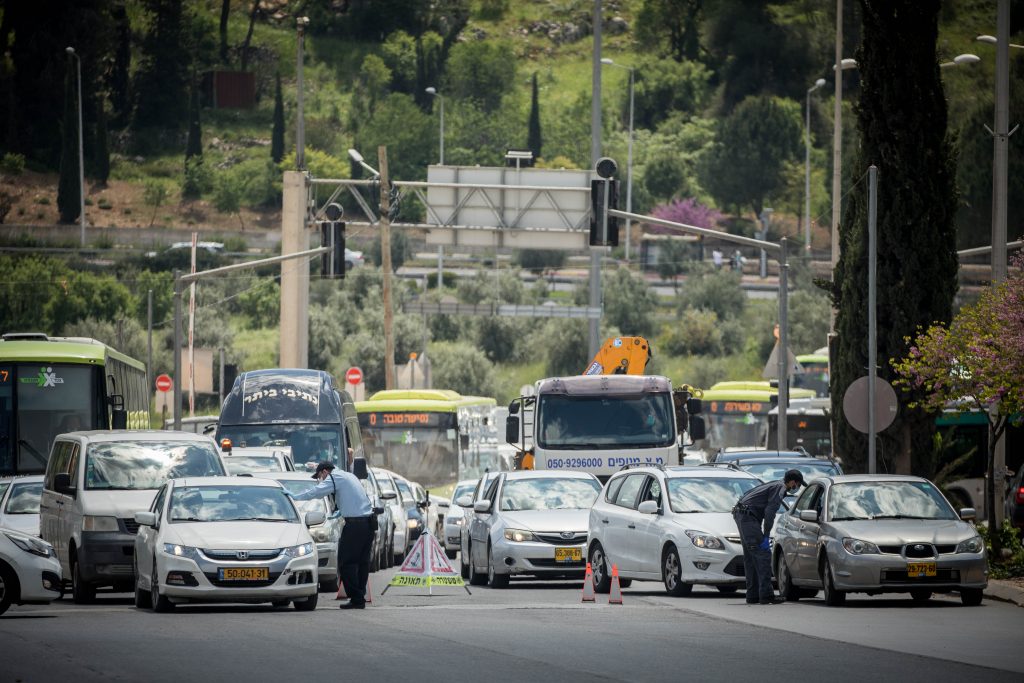 There were unmistakable signs on Sunday that Israelis were growing weary of restrictions on their movements in the Health Ministry’s pandemic regime, and are going out on their own.

Traffic on the nation’s roadways were back to pre-Pesach levels after the lockdown emptied them completely, according to Channel 12. And in the mild spring weather some people were venturing out on hikes well beyond the 100-yard radius of their homes established by health officials.

Health Ministry director Moshe Bar Siman-Tov appealed to the public to continue abiding by the restrictions.

“I understand it’s hard to stay at home for so long and the public has proven and is proving its ability to keep to the regulations and protect everyone’s families,” he said.

Siman-Tov warned that “getting together over the holiday endangers all of our lives. We’ve seen what happened in other countries where discipline flagged, and we need to be disciplined the whole time.”

However, Finance Ministry officials beat back a proposal by the Health Ministry to extend a ban on intercity travel until the end of Pesach on Wednesday. To the contrary, government was said to be moving in the direction of gradually reopening the economy in the coming days.

Meanwhile, the number of coronavirus infections nationwide stood at 11,103 as of Sunday night, which includes 360 new cases in the last 24 hours, according to media reports.

Since the outbreak in Israel, 103 people have died and at least 174 people are in serious condition.

The government continued to consider closures in cities besides Bnei Brak and several neighborhoods in Yerushalayim.

“This hasn’t happened yet, but it does not mean it won’t happen today or tomorrow. The Health Ministry is preparing a proposal like this,” he said, according to Walla news site.

He told reporters that a review of the data could well see a lifting of restrictions in as much as 50 percent of the chareidi areas put in quarantine, according to The Times of Israel.

Yerushalayim Mayor Moshe Leon said the closure on the Yerushalayim neighborhoods was unfair.

Altogether, between 130 and 150 people would be transferred to “corona hotels,” he said.

“The decision to place special restrictions in [many of Yerushalayim’s] neighborhoods is political,” he asserted, adding that “I definitely agree that people should be taken out of the neighborhoods, but many of those who refuse to be taken [to the hotels] are justified in their objections.”