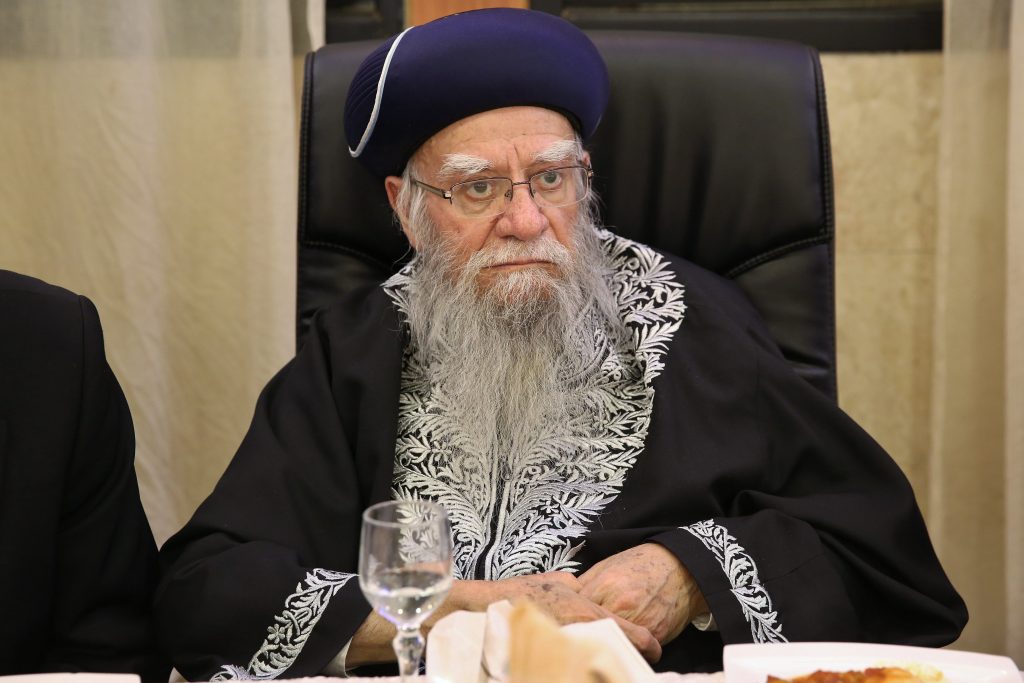 The Torah world, especially the Sephardi community, mourns the petirah of the Rishon LeTzion Hagaon Harav Eliyahu Bakshi-Doron, zt”l, who was niftar on Sunday night after complications from the coronavirus in the Shaare Zedek hospital, at the age of 79.

He was born in Yerushalayim in 5701/1941, to Rav Ben-Zion Bakshi-Doron, an Iranian immigrant, and Tova, who immigrated from Aleppo, Syria.

As a bachur, he learned at Yeshivas HaDarom in Rechovot, under the tutelage of Hagaon Harav Meir Zvi Bergman, shlita, and later in Yeshivas Chevron and in Kollel Kol Yaakov in Yerushalayim. In his younger years, he served as a maggid shiur in Yeshivat Porat Yosef in Yerushalayim.

When he came of age, he married Rabbanit Esther, a”h, daughter of the former Chief Rabbi of Akko Harav Shalom Lopes, zt”l. They had ten children. She passed away in Nisan 5765/2005.

In all his rabbinic positions, he founded mosdos and delivered shiurim, drawing many to Yiddishkeit.

In 1993, Harav Bakshi-Doron was appointed to the post of Rishon LeTzion, Sephardi Chief Rabbi of Israel. He served his term concurrently with, yblch”t, Ashkenazi Chief Rabbi Harav Yisrael Meir Lau, shlita. He held this post until 2003.

He was very close with all the Sephardi Rabbanim and Gedolim in Eretz Yisrael, notably with Hagaon Harav Ovadia Yosef, zt”l – whom he succeeded as Rishon LeTzion.

In recent years, the Rav was ill and several days ago was admitted to hospital after contracting the COVID-19 virus. He was niftar on Sunday night, and his levayah was held on Monday on Har Hamenuchos with a limited crowd, as per the regulations.