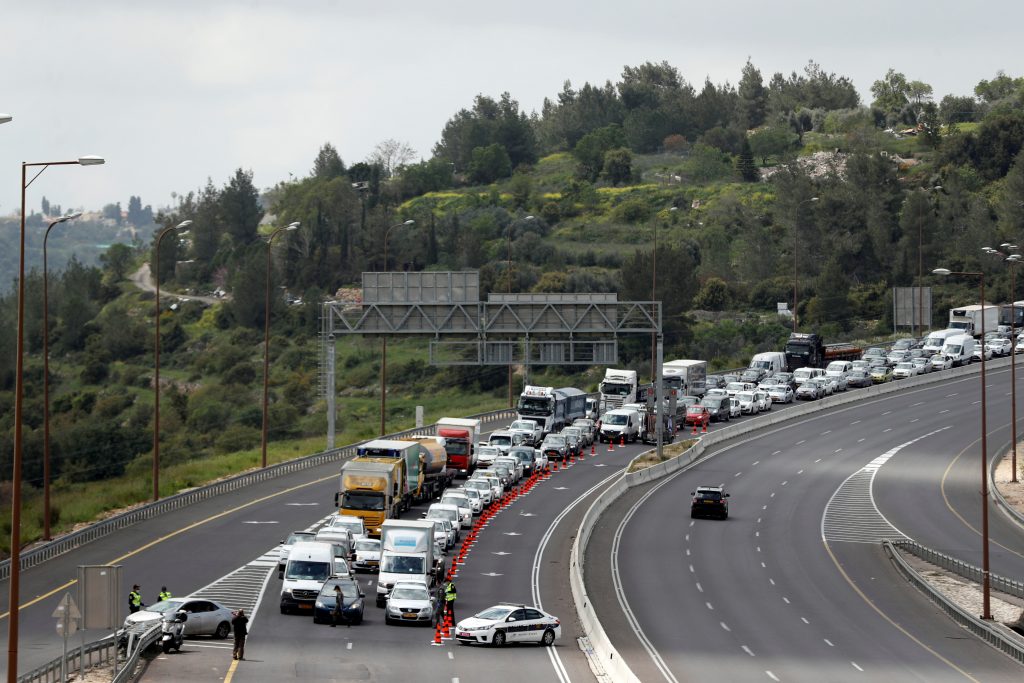 Israelis made a rush nationwide to the roadways on Tuesday in an effort to reach their Pesach destinations before a three-day ban on intercity travel goes into effect at 7 p.m.

Unusually heavy traffic was reported by the National Roads Authority on Tuesday, saying traffic density was up by 45 percent over last week, when traffic was down to less than half the average due to previous travel restrictions imposed to curb the spread of the coronavirus.

Also on Tuesday, shoppers were out en masse to buy eggs and other essentials while they were still available.

Deliveries of millions of eggs from abroad should ease the shortage, but as of Tuesday people were lining up for the precious commodity at stores across the country.

In Rishon LeTzion, police were called in to restore order, including social distancing, as supplies threatened to run out, according to Ynet.

In Beit Shemesh, a truck handing out trays of eggs was besieged by people.