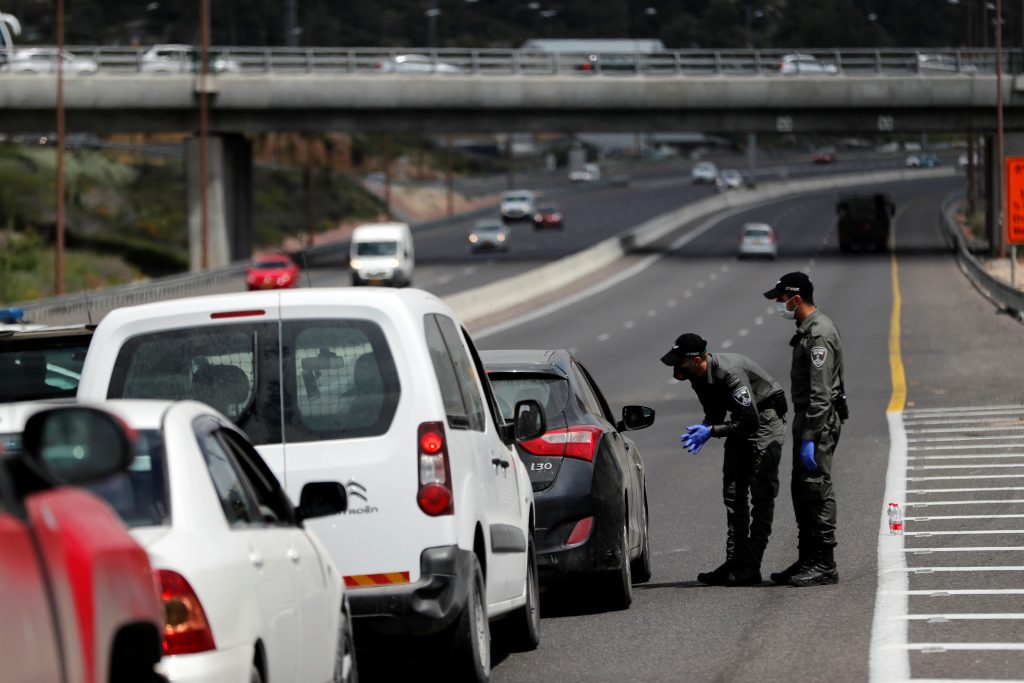 The Cabinet approved Tuesday s a nationwide lockdown, barring Israelis from leaving the communities they live in from 7 p.m. Tuesday night until 6 a.m. on Friday morning, the first day of Chol Hamoed in Israel.

The cabinet also approved a curfew from Wednesday afternoon at 3 p.m. until Thursday 7 a.m., that will prevent people from being more than 100 meters from their home for any reason at all.

Stores can remain open until the curfew begins but public transportation will be shutdown from 8 p.m. Tuesday night until Friday morning.

Meanwhile, after instituting a closure of Bnei Brak, that government is targeting Yerushalayim as the next city to be closed off – specifically its chareidi neighborhoods. According to a proposal that minister agreed upon Tuesday, the city will be split into seven districts, with passage between each one permitted only for “special circumstances.”

Those circumstances would likely including medical treatment at hospitals or visits to state offices that are still open. It would likely not include shopping or other “leisure” activities. The neighborhood closure, if approved, will go into effect Tuesday afternoon, as a nationwide closure is imposed and Israelis are restricted to their home towns. In Yerushalayim, residents will be restricted to their designated area. The closure and curfew set for Seder night are set to expire over the weekend, but the demarcation of Yerushalayim into isolated districts will continue, under the plan.

The plan is seen as the beginning of an exit strategy for the near-quarantine that Israelis have been placed under. There is currently a major debate in the government on how and when to end the nationwide quarantine which has seen Israelis isolated to their homes for weeks. The government, and especially the Finance and Economy Ministries, favor a gradual reopening of the economy after Pesach, while health officials want to keep the complete quarantine going longer. A compromise position that seems to be developing, Channel 12 reported, is isolation of areas where coronavirus infection rates have been high – such as chareidi communities – with a gradual reopening of other areas in the days following Pesach.

Meanwhile, Kan News reported that the government is also considering reopening schools, at least partially, after Pesach. First to reopen under any circumstances will be special education schools. Students in those schools, like all others, are quarantined at home, but most parents do not have the resources to deal with such students. The government is reportedly working on a plan that will enable those students to return to school. Also likely to go back to school, at least partially, are nursery and kindergarten students, freeing up parents so they can return to work, the report said.