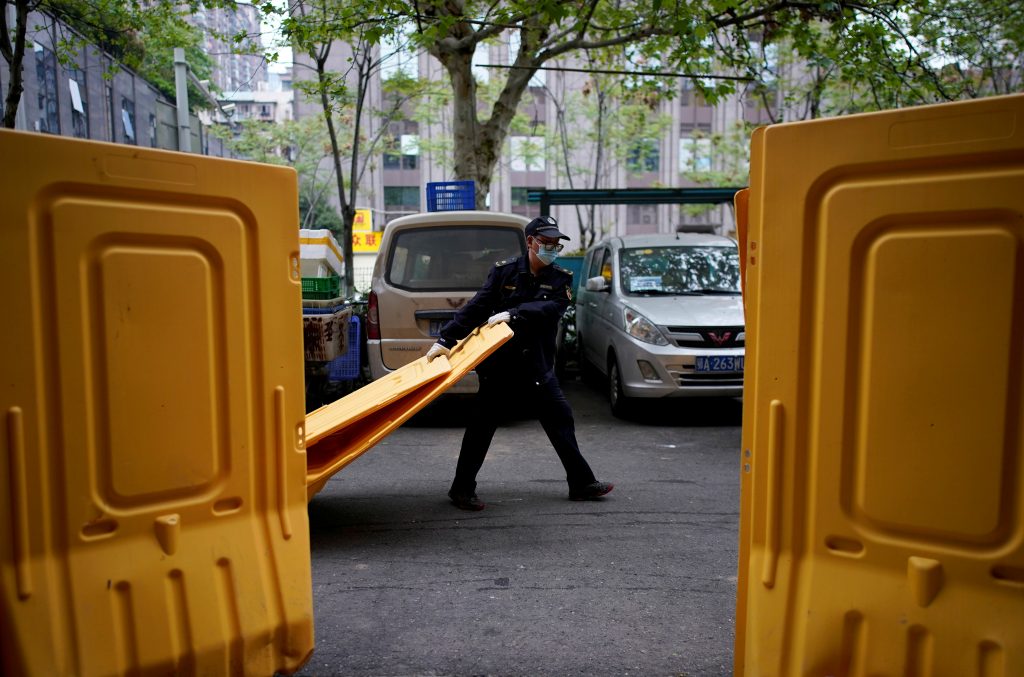 Mainland China reported on Tuesday a drop in new coronavirus cases after closing its borders to virtually all foreigners to curb imported infections, while the central city of Wuhan, epicenter of the outbreak, saw no new deaths for the first time.

China had 32 new confirmed cases of the coronavirus on Monday, down from 39 cases a day earlier, the National Health Commission said.

All of the 32 cases involved travelers arriving from overseas, compared with 38 imported cases a day earlier. The overall number of imported infections so far stands at 983, the health authority said.

Wuhan, capital of central Hubei province, reported only two new confirmed cases in the past 14 days. It is due to allow people to leave the city on Wednesday for the first time since it was locked down on Jan. 23 to curb the spread of the virus.

With mainland China well past the peak of infections in February, authorities have turned their attention to imported cases and asymptomatic patients, who show no symptoms but can still pass on the virus.

China has shut its borders to foreigners as the virus spread globally, though most imported cases have involved Chinese nationals returning from overseas. The number of inbound travelers to China through airports has fallen to under 3,000 per day from around 25,000 in late March, before China slashed the number of international flights.

It also started testing all international arrivals for the virus this month.

The total number of confirmed cases in mainland China stood at 81,740 as of Monday, while 3,331 people have died, according to the authority.

Wuhan, where daily fatalities had fallen to the single-digits since late March, had no new deaths on Monday.

As of Monday, 1,033 asymptomatic patients were under medical observation.