National White House, Experts Clash Over Use of Drug for Coronavirus
CoronavirusNational 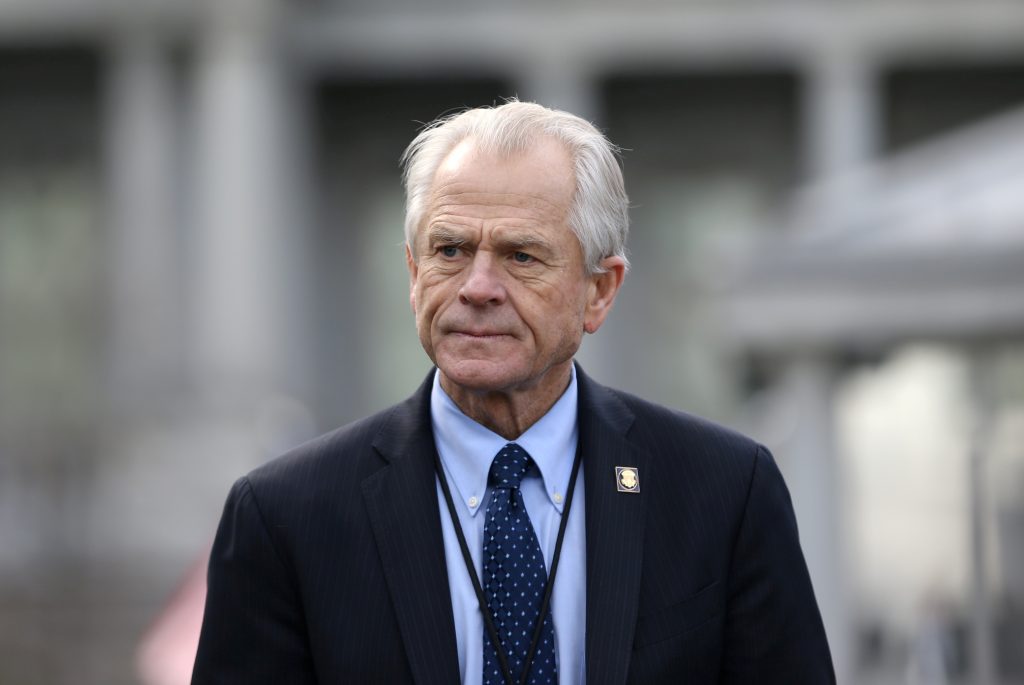 White House trade adviser Peter Navarro on Monday acknowledged that members of the task force dealing with the coronavirus crisis clashed over the efficacy of the malaria drug, hydroxychloroquine, for use against the disease.

Navarro had a heated exchange on Saturday with Dr. Anthony Fauci, director of the National Institute of Allergy and Infectious Diseases, Axios reported.

Fauci, the nation’s top infectious diseases expert, and other top health advisers have argued there is not enough data from the limited studies that have been done to prove the drug is effective against COVID-19, the sometimes deadly respiratory illness caused by the virus.

Navarro has been appointed by U.S. President Donald Trump to oversee the administration’s implementation of the Defense Production Act to help produce scarce medical supplies. While acknowledging he has no scientific background, Navarro said he believed the hydroxychloroquine studies done so far were convincing.

“There was that discussion on Saturday,” Navarro said in an interview with CNN. “If we didn’t have disagreements and debate, the Trump administration would not be as strong as it is.”

The dispute illustrated the tensions between the White House’s scientific and health experts and other policymakers or advisers in the administration with no medical or research training, led by the president himself, who have been pushing the malaria drugs, chloroquine and hydroxycloroquine, for use during the coronavirus crisis.

President Trump has made his opinion on the drug well known, and personally pressed federal health officials to make them available to treat coronavirus, two sources have told Reuters.

The president has repeatedly pushed the drug as a potential treatment, calling it a “game-changer,” with little evidence to support that claim. He touted it again on Sunday, adding “But what do I know? I’m not a doctor.”

However, when Fauci, who is a doctor, was asked a question about the drug at the same task force briefing, Trump cut in and blocked him from answering, “Do you know how many times he’s answered that question? Maybe 15.”

‘TOO SOON TO TELL’

At Saturday’s meeting of the task force, Navarro told CNN, “There was unanimous agreement that FEMA would immediately begin surging hydroxy into the hot zones to be dispensed only between a doctor and a patient decision, not the federal government.” He said there were 29 million tablets of hydroxychloroquine sitting in a warehouse.

Navarro said that patients in the New York hospital system who come in presenting symptoms of COVID-19 are given a cycle of hydroxychloroquine, which may help reduce inflammation caused by the immune system’s response to the virus.

A city health official said on Monday that many patients at New York’s 11 public hospitals have been given hydroxycloroquine as part of treatment regimen, but it was too soon to tell if it was effective.

“We’re still looking at the data, but right now we’re willing to try just about anything to save patients,” said Dr. Eric Wei, vice President and chief quality officer for NYC Health + Hospitals.

Navarro argued there were now “numerous scientific studies that indicate potential efficacy,” including one published in the last few days involving Wuhan, China, where the virus first surfaced, that he said was one of the first randomized studies.

“All my role has been in this is to suggest that we have this in the stockpiles and that you should have that discussion about whether we should surge this in the task force,” he said.