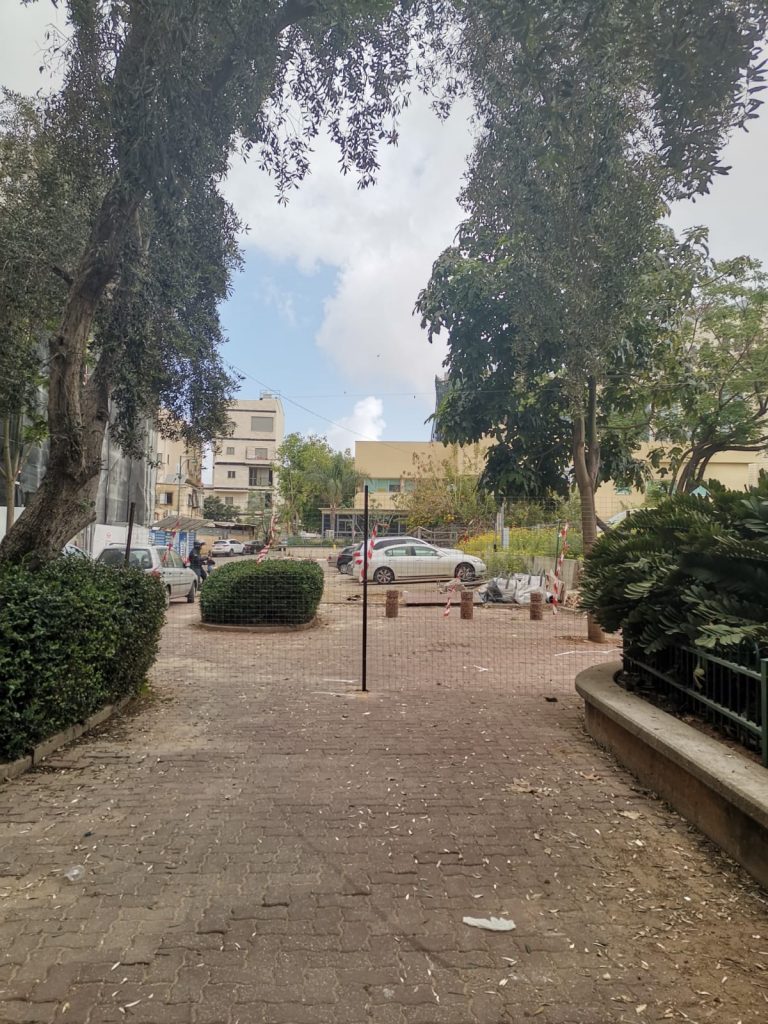 Tensions rose Monday morning between the neighboring cities of Bnei Brak and Ramat Gan, when workers for the latter constructed a makeshift fence on a main street that crosses from one city to the next – only to have it torn down a short time later by Bnei Brak officials. Bnei Brak residents said that although the IDF was preventing residents from leaving the city unnecessarily, “that doesn’t mean we are living in a ghetto” – to which Ramat Gan Mayor Carmel Shama-Hacohen responded that “chareidi activists are making more of this than they need to.”

The aluminum fence was placed on the border between the two cities along Rechov Yerushalayim, which traverses them. In a statement, the Ramat Gan municipality said that “police have informed us that in the wake of a shortage of personnel they are unable to hermetically seal Bnei Brak, which has 70 checkpoints around it.

“As police left checkpoints, residents of Bnei Brak began moving out of the city, violating the quarantine which is essential to preserve public health. Residents of Bnei Brak are taking advantage of the ‘soft closure’ policies of police. As long as police do not return to these checkpoints and prevent the illegal passage between cities we will continue to close all gaps that will allow Bnei Brak residents access to Ramat Gan,” the statement said.

The action was met with anger from Bnei Brak, which called the construction of the fence “a disgusting act of bad neighborliness. This fence was constructed with no authority from anyone. Bnei Brak residents are law-abiding and follow Health Ministry rules. Building a fence is a violent act that reminds us of dark days in the history of the Jewish people.” Interior Ministry officials ordered Ramat Gan to remove the fence. Officials later removed the fence.

Commenting on the incident, Deputy Minister Rabbi Meir Porush said that “after the radical action of placing a closure on Bnei Brak, it is no wonder that the mayor of Ramat Gan is setting up fences. In addition, technicians for the gas company refuse to come to the city as well to do important maintenance work. Let us hope that does not end in tragedy.”

Police said in a statement that unlike the claim of Ramat Gan, there was no shortage of police. “We deploy officers as required by missions in order to ensure that orders to preserve public health are kept. The fence was not built with our permission or on our advice,” the statement said.

Deputy mayor of Bnei Brak, Rabbi Gedaliah Ben Shimon (Shas), noted, “In the current situation, what we need is mutual responsibility and solidarity – and [Mayor] Carmel Shama Hacohen does the exact opposite and increases the divisions between us. Publicly elected officials should show responsibility.”

“The authority to close an area in a neighborhood or a city lies in the hands of the army and police only,” Hacohen wrote in an online post, adding that “there is no point in endlessly demanding to build a wall or separation fence near Bnei Brak. We do not have the authority nor, obviously, the time to build a wall.

“The numbers [of those infected] in Bnei Brak are well known to decision-makers, and I will make a request for an investigation into whether the spread of coronavirus into Ramat Gan shows signs of having been caused by the outbreak in the neighboring city,” Hacohen said.

On the other hand, Tel Aviv Mayor Ron Huldai released a statement on behalf of Bnei Brak and its residents. “Utilizing the coronavirus crisis to instigate against the chareidi public is inappropriate,” he wrote.

“Pesach is a time for achdut and solidarity. This evening we will illuminate the town hall with the words “Love Bnei Brak” in identification with our neighbor across the Yarkon [River].”

It was noted that in actual fact, residents of Ramat Gan were among the very first cases of coronavirus in Israel, bringing it back with them from vacations in Italy and on the Diamond Princess cruise ship.