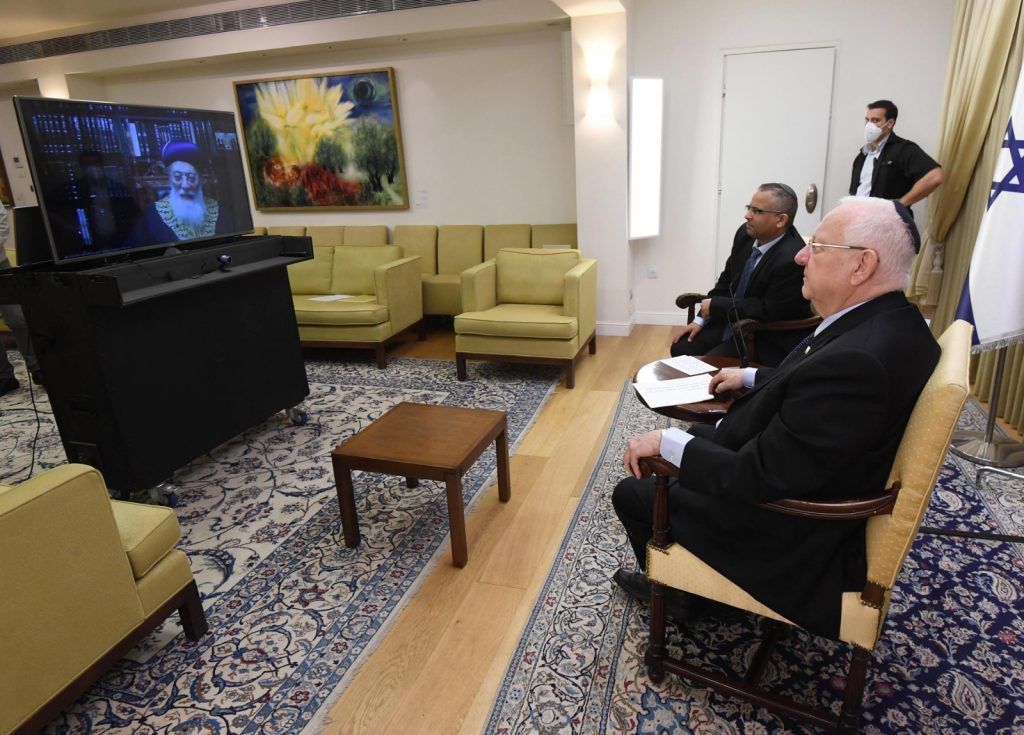 Israeli Prime Minister Binyamin Netanyahu‏‏ and President Reuven Rivlin condemned the wave of defamatory remarks against the chareidi community, which some are blaming for spreading the coronavirus.

In a special statement released by his office on Sunday evening, PM Netanyahu said: “I strongly condemn the wild incitement against the chareidi public, which has internalized the danger and the instructions from the Ministry of Health. The corona epidemic does not distinguish between the religious and the secular or between Arabs and Jews; neither will we. This war is all of ours; together we will win it. I stand by you.”

Earlier in the day, President Rivlin said: “Today, I want to speak out strongly against the voices I hear criticizing the chareidi community: we are brothers and sisters and mutual responsibility is our guiding light. We must not make false accusations that one or another group is spreading the disease, and we must certainly not attack a whole community because of the bad deeds of individuals, which happens in every society,” Rivlin said on Sunday during the annual sale of chametz at the President’s Residence.

“We must also not make generalizations about a whole community, the vast majority of which is carrying out the instructions of the Ministry of Health in these difficult days leading up to Pesach.”

The president also expressed appreciation for the rabbinate’s cooperation during the ongoing pandemic.

“I want to thank you, Rabbi, and the religious leadership as a whole, for making an effort to ensure all preparations for the holiday are in line with the Ministry of Health’s guidelines.

“Let us wish for better days ahead, of health and quiet. Chag Pesach same’ach, a kosher and healthy holiday,” wished the president to the Rabbi.

Also on Sunday, the president and his aides made the birkas ha’ilanos (blessing of the trees), said in the month of Nisan, in the gardens of Beit HaNasi.