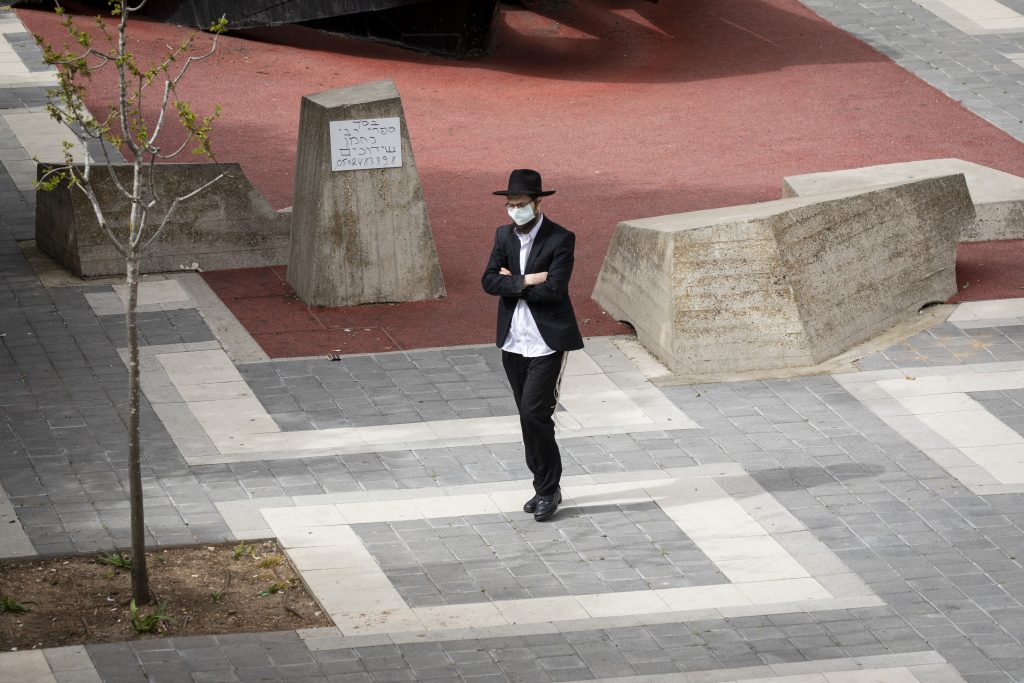 Leil HaSeder, also known as Leil Shimurim – a night of guarding – will have a unique meaning this year, as Interior Minister Rabbi Aryeh Deri said that the government may impose a nationwide lockdown to prevent further spread of the coronavirus.

Rabbi Deri told Channel 12 on Sunday that the public should be prepared for a strict closure, and that anyone found traveling will have to explain themselves to security forces on patrol.

The government is considering tightening restrictions in movement in several cities with high rates of infection, including unspecified neighborhoods in Yerushalayim, Elad, Migdal Haemek, Beitar Illit, Ashkelon, Tiverya, Or Yehuda and Modiin Illit, according to the report.

The Beitar Illit municipality announced that beginning Sunday evening, only local residents will be allowed entry.

Meanwhile, the number of coronavirus fatalities reached 48 on Sunday, with the passing of a 98-year-old woman at Shaarei Tzedek Medical Center in Yerushalayim.

The hospital said that the woman, who was brought there on Shabbos in serious condition, had “complicated pre-existing diseases.”

The gravity of the situation notwithstanding, there was cause for optimism.

Prof. Gabi Barabash, former director general of the Health Ministry, described the current overall situation as “ much better” than it was.

“We’ve gone down from a doubling of new cases every six days to a doubling every 11 days,” he said on Channel 12.

That’s despite what’s been happening in Bnei Brak and other hard-hit areas, and is “thanks to the closures… I hope people will maintain” the stay-home discipline, he said.

The government’s efforts to contain the disease saw progress on another front, too, on Sunday, as health officials confirmed that Israeli scientists have developed a replacement for a chemical reagent used to analyze COVID-19 samples, saying the breakthrough will give the country two more weeks-worth of testing, Ynet reported.

“I was notified that the reagent tested was found functional,” a virology lab manager was quoted as saying. “Starting tomorrow [Monday], technicians will come to make the required adjustments.